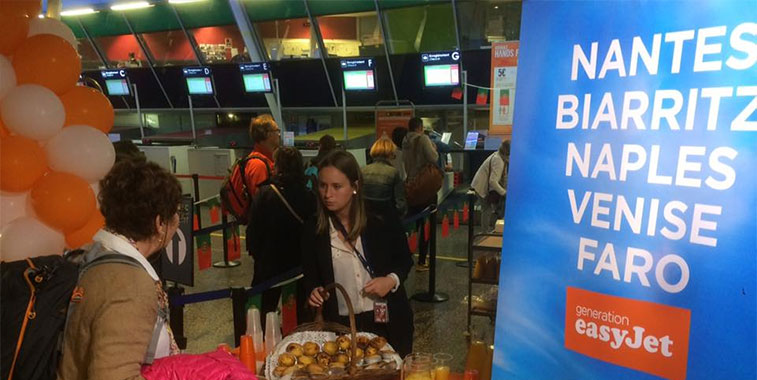 easyJet has undertaken a significant expansion of its routes from Lille, with five being added this week, two in France and Italy, and one in Portugal. All will be flown three or four times weekly or more. Faro Airport welcomed on 9 June the launch of two new routes to France – Nice and Lille – operated by easyJet, both with three weekly flights on Mondays, Wednesdays and Fridays. Passengers were given gifts upon arrival in Portugal. easyJet started operations to Varna from London Gatwick on 6 June. The three times weekly flight marks the opening of easyJet’s network point #138 and will be joined on 28 June by a second easyJet route to the Bulgarian seaside from Berlin Schönefeld with a twice-weekly service on Wednesdays and Saturdays. The LCC expects to carry around 18,000 passengers in the first summer of operation on the city pair. Cutting the route launch cake were: Lynne Clark, Captain of the first easyJet flight; Stoyan Pasev, Governor of Varna; Matteo Taddei, European PR Manager of easyJet; Ulrich Heppe, CEO of Fraport Twin Star Airport Management AD (Fraport Bulgaria); and Ivan Portnih, Mayor of Varna.