Cobalt prepares to go long-haul; anna.aero visits Cyprus’ leading airline as it gets ready to enter its second year of operations 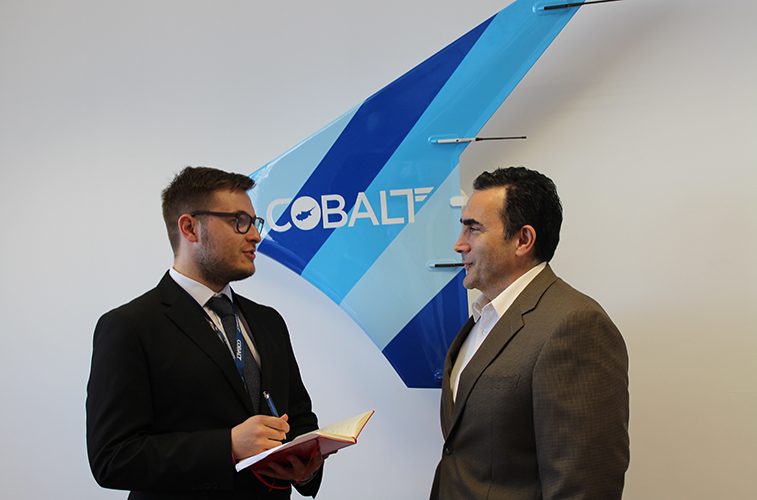 anna.aero’s Assistant Editor Jonathan Ford recently travelled to Larnaca to meet with Cobalt, Cyprus’ leading airline. While down in Larnaca, he met with Andrew Madar, the airline’s CEO. Among the discussions was the airline’s plan to go long-haul. “There is no way we are going to do long-haul and not have a connection to China. Right now we are eagerly following and encouraged by the Chinese Government, particularly with Cyprus being part of the ‘One Belt, One Road’ initiative,” comments Madar.

Having taken flight for the first time on 7 July 2016, Cobalt has grown to have six aircraft in its fleet and serves 16 destinations across Europe. From Larnaca, where the carrier is now the second largest airline with 8.2% of weekly seat capacity this summer (w/c 20 June), Cobalt serves: Athens; Beirut; Birmingham; Brussels; Chania; Dublin; Heraklion; London Stansted; Madrid; Manchester; Paris CDG; Tel Aviv; Thessaloniki; and Zurich. From Athens the airline also operates a rotation to Paphos. During 2016 the airline carried 100,000+ passengers. Now the carrier, which is entering its second year of operation, is established from Larnaca and is gearing up for its next route development phase – long-haul. To find out about the airline’s future plans, and the restructuring of its strategy from being a LCC to a hybrid carrier, anna.aero’s Assistant Editor Jonathan Ford travelled to Cyprus to meet with the airline’s CEO Andrew Madar in Larnaca.

It has been no easy feat for the start-up carrier, with it having some issues during its initial operations, but Cobalt has survived its first year and is now backed by a sound investment and a clear strategic plan. Andrew Madar joined Cobalt as CEO in August 2016, with his aviation career beginning in engineering. “I wanted to be a pilot originally, but I could not afford it, so I became an engineer,” he comments. Since gaining three degrees in aerospace engineering and business administration, Madar has worked for companies including Boeing and GE, where he worked for over 20 years, as well as Comac in China.

Originally set-up to be a LCC, the structure of Cobalt’s strategy and concept has now changed to a more hybrid model. “We are never going to be able to compete with the likes of Ryanair head-to-head with a pure LCC concept, and I don’t think we have that type of market either,” says Madar. The airline now allows passengers to book economy comfort seats on some flights due to the fleet currently having mixed configurations, but soon a premium economy product will be offered on all aircraft. “We are going to turn the comfort seats into premium economy shortly with some additions,” Madar explains. “The price ratio for these seats will be slightly higher than the price of an economy seat. Eventually when everything is in place we will be offering a business seat. We may call it ‘Business Light’. It will be business class with a bunch of goodies attached to it, and that will be offered at a market-driven price.”

The airline has also started carrying cargo from Cyprus and is hoping to have interlining agreements with other carriers in the future on some of its routes, including on its future long-haul services. While the airline has changed its original concept from being a pure LCC to a hybrid carrier, it does not have plans to grow at a fast pace. “Cobalt is not going to become a big carrier right away,” Madar adds. “It keeps us under the radar, so we do not make too much of a wave in anybody else’s game plan. We can have a nice, steady, safe growth and operation that will allow us to focus on our next phases. Cyprus’ size, population and market in winter does not justify a bigger fleet for an airline based here, so that’s why we are not going to go into a rapid growth phase.” 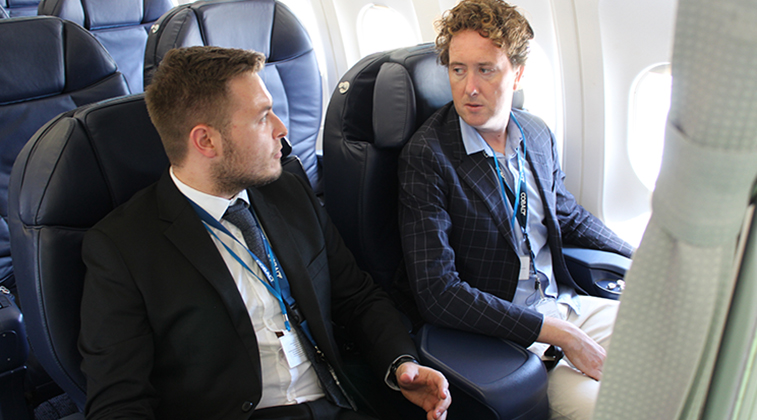 One of the changes that Cobalt has made to accommodate its new strategy is to offer a business class product. While down in Larnaca, Ford tried out the current offering with Cobalt’s E-commerce Manager David Lee.

Cobalt gets creative as it prepares to go long-haul

Cobalt already has a presence in the Middle East, with the airline serving Tel Aviv and Beirut. It has big plans for the region, with future destinations mentioned by Madar including Tehran, Kuwait and Dubai. However, the biggest step in the airline’s future route development is the establishment of long-haul operations, with the first destination to be in China, with plans for these operations to begin at some point in 2018. “We are committed,” Madar asserts. “There is no way we are going to do long-haul and not have a connection to China. Right now we are eagerly followed and encouraged by the Chinese Government, particularly with Cyprus being part of the ‘One Belt, One Road’ initiative. They like what we are doing here. We have some investment from China, which has basically put a spotlight on our airline.”

Emphasising the airline’s planned network to China, Madar adds: “With a direct flight to China, we won’t go crazy, and we will not have a massive schedule with daily frequency. We will start off with around two or three weekly flights.” Although it has not been confirmed by the airline where it will initially fly to in China, Beijing, Shanghai and Guangzhou are highlighted as strong contenders by Madar, but secondary cities including Chengdu and Chongqing should not be ruled out either. Other destinations that are part of the airline’s long-haul plans are India, South Africa and the US. Cobalt is currently pursuing options for two wide-body aircraft to join its fleet in order to carry out its long-haul operations, with the aircraft of choice being the A330-200.

Although the next focus of the carrier’s strategy is on long-haul, that does not mean growth in Europe is obsolete. “Connections at the moment are short-haul to short-haul, such as Beirut to Paris and Madrid,” says Madar. “Larnaca is a good place for a connection hub, but we have some work to do with the airport. We have a good relationship with Hermes, and that is not the issue, we just have to figure out the logistics and do some test runs, and that is why we are offering connections at the moment on some of our routes.” To help further enhance its connection strategy, along with O&D markets, future destinations for the carrier in Europe are highly likely to be in Germany, the Netherlands, Scandinavia and Russia, with St Petersburg and Moscow key markets that the carrier hopes to be serving before the end of 2017.

Also on the agenda for the airline is the establishment of a base in Paphos. When asked by anna.aero about the basing of an aircraft in Paphos, Madar states: “Yes, Paphos will have an aircraft there. We want to take the national flag carrier title and to do that we need to help Cyprus as much as possible. Flying just from Larnaca does not give us that title.” Currently, Cobalt only flies to Paphos from Athens on a w-pattern rotation from Larnaca, a route which it started in May after Ryanair pulled services. With other services planned to come online from Paphos later this year, routes that are most likely to be launched include destinations in the UK, Germany and Greece. 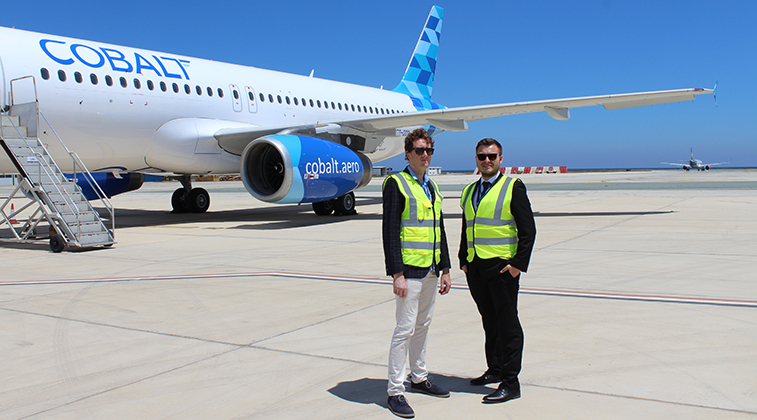 Having launched in July 2016, Cobalt has now grown its fleet to six aircraft (four A320s and two A319s). As part of its future long-haul strategy, the airline is planning to acquire two A330-200s which will allow it to open new connections including a direct link from Larnaca to China. anna.aero would like to thank Cobalt for allowing it to come and visit the carrier in Larnaca, in particular David Lee, the airline’s E-commerce Manager who helped arrange the visit.