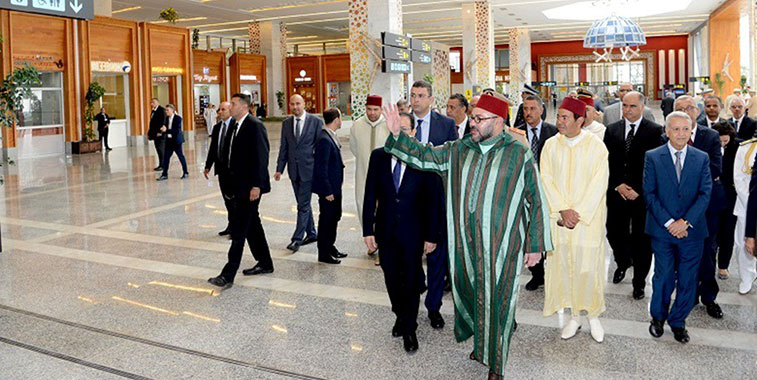 On 29 May 2017 the King of Morocco opened the new terminal at Fez Airport. Designed to handle five times as many passengers (2.5 million) as the old facility, the airport is on track to handle more than one million passengers for the first time in 2017. 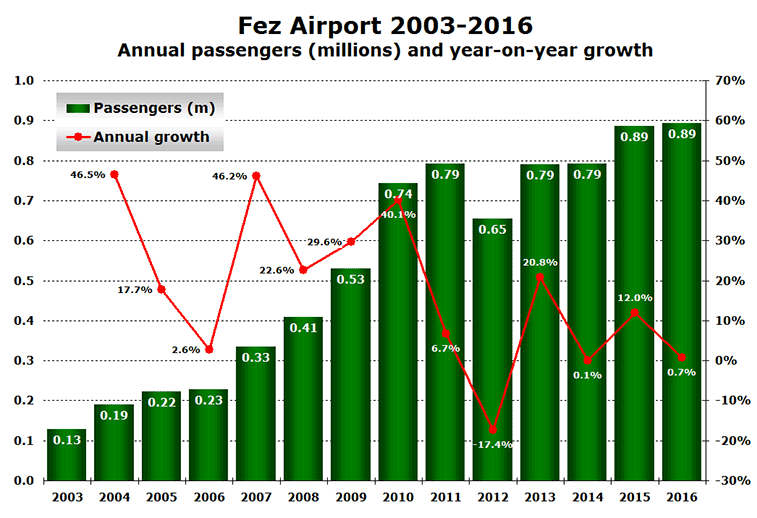 Passenger growth has been impressive in recent years. Traffic trebled between 2006 and 2010 as a result of Morocco signing an Open-Skies agreement with the EU at the end of 2006. Ryanair began serving Fez in October 2006 from London Luton, with additional service beginning in May 2007 (from Frankfurt Hahn) followed by Girona and Marseille in October 2007. By the summer of 2010 it was operating 11 routes, but it would add only two more in the next three years. However, in April 2013 it made Fez its 56th base and launched seven new routes, helping to reverse the 17% traffic decline the airport had experienced in 2012.

Since then Ryanair’s capacity has remained relatively stable, although according to anna.aero research, it has dropped seven routes from the airport; Alicante, Bologna, Girona, Lille, London Luton, Rome Ciampino and Seville. After adding Toulouse flights last November, this winter will see the ULCC add new links to Bremen and Memmingen, and resume service to Seville.

One million passengers likely in 2017

While passenger numbers were up less than 1% in 2016, in the first four months of 2017 traffic has grown by 13.6% to just over 311,000. To pass one million passengers in 2017, the airport would need to achieve growth of 12%. Given that this growth was achieved before Air Arabia Maroc’s new routes were launched, it pretty much guarantees that the airport will pass the one million mark this year, especially, as according to OAG data, scheduled seat capacity is set to increase by 30% this summer. 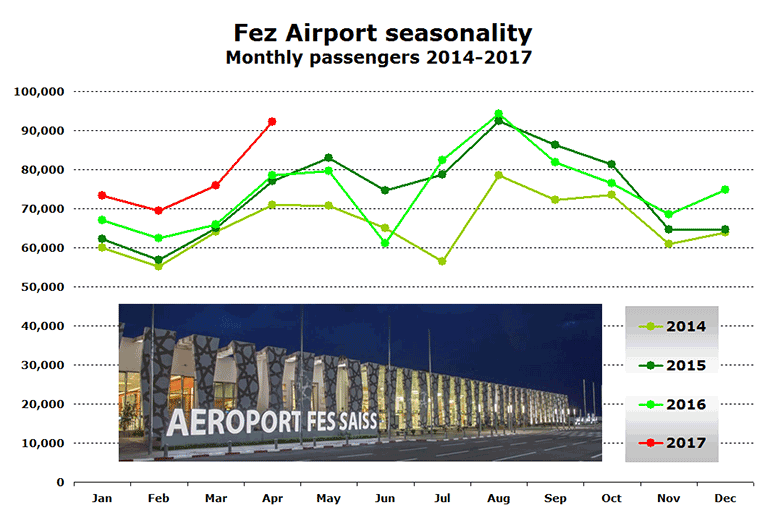 Seasonality is not too much of an issue with the airport scoring an “excellent” 1.89 on anna.aero’s Seasonal Variation In Demand calculator. In each of the last three years, August has been the airport’s busiest month.

Analysis of OAG schedule data for this summer (S17) compared with last summer (S16) confirms that France is by far the leading country market for flights. It is five times bigger than the next biggest (Spain). Seat capacity to Belgium, Germany, Italy and Morocco are all relatively similar, with the Netherlands (Amsterdam and Eindhoven), the UK (London Gatwick and London Stansted) some way behind. 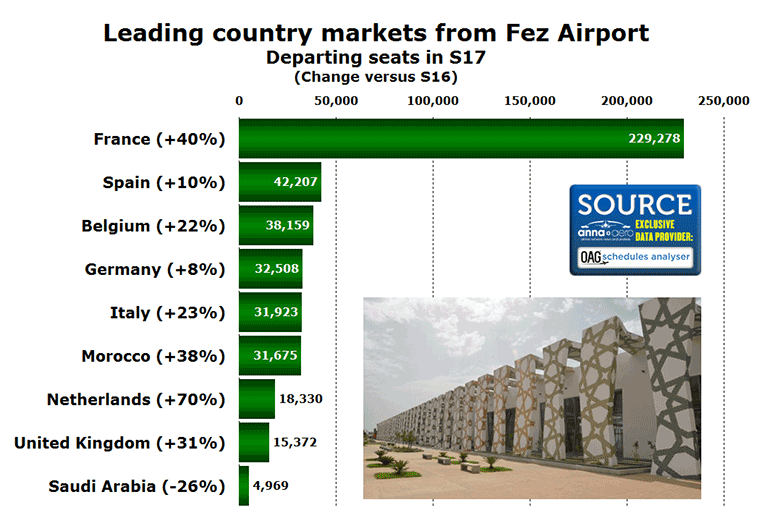 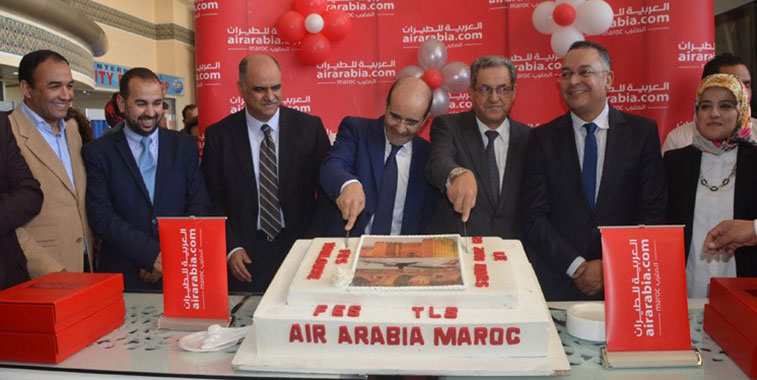 On 29 March 2016 Air Arabia Maroc began connecting Fez with Toulouse. On 1 November of the same year, Ryanair also began flying the same route, making Toulouse one of five destinations from Fez served by more than one airline, the others being Barcelona, Brussels, Brussels Charleroi and Paris Orly.