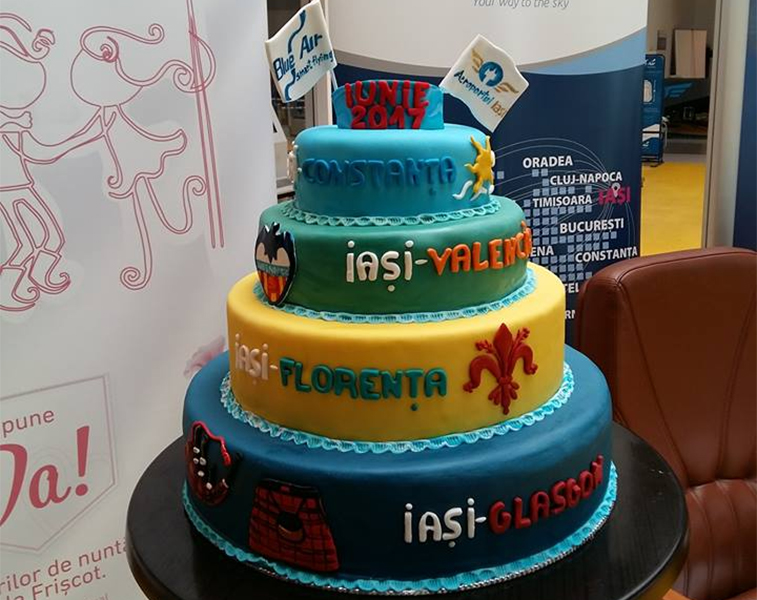 Iasi Airport baked this five-tiered cake to celebrate the start of Blue Air’s new routes to Glasgow, Florence, Constanta and Valencia (launched 4 June), while flights to Milan Bergamo and Munich have also begun. With these launches, Blue Air now serves 17 destinations from Iasi, of which four are domestic. 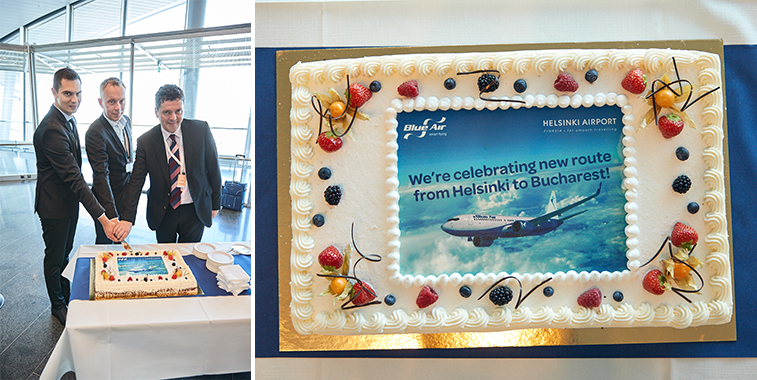 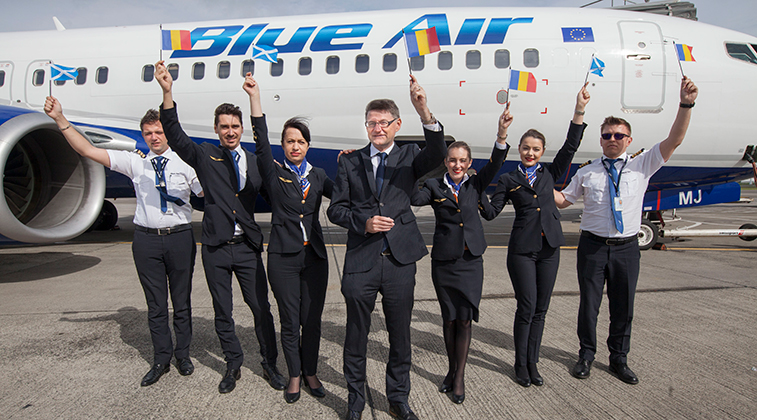 Glasgow Airport welcomed the inaugural Blue Air flight from Iasi on 17 June. For Blue Air this is its second route to Glasgow after Bucharest. Seen on the tarmac with the flight crew of the first Iasi service is Paul White, Business Development Manager, Glasgow Airport. Flights from Iasi will operate twice-weekly (Tuesdays and Saturdays).