On 15 June, Norwegian commenced the first of three new transatlantic 737-operated routes from Edinburgh – namely daily flights to Stewart in New York State. There we two big cakes as well as a load of cup cakes for the inaugural flight’s passengers, crew and VIPs to enjoy. The following day the LCC began four times weekly services from the Scottish capital city to Providence, Rhode Island, the airline’s first route to the US airport. Operations from Belfast International, Bergen, Cork, Dublin and Shannon will begin later in the summer. 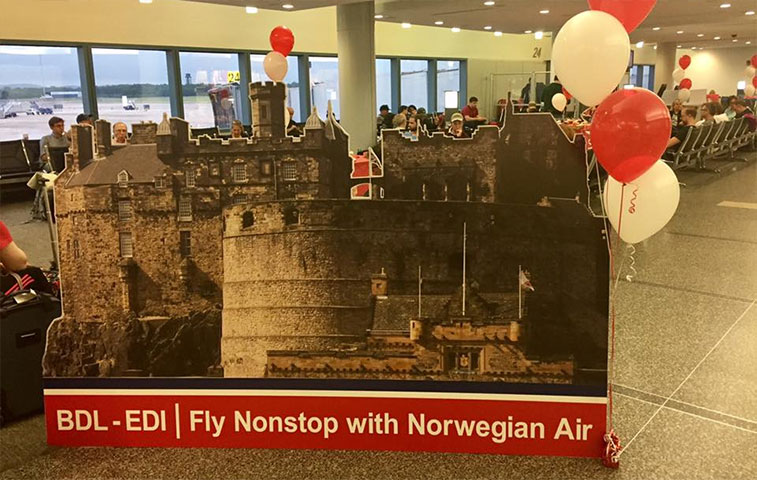 The UK’s only direct service to Hartford, Connecticut, in the heart of New England, was launched by Norwegian on 17 June. The 5,057-kilometre sector from Edinburgh will be flown three times weekly. Back on the airline’s main stomping ground, the intra-European market, it also started two further sectors this week, with celebrations, including this towering cake, being held in Montpellier for the start of the LCC’s new service from Stockholm Arlanda.