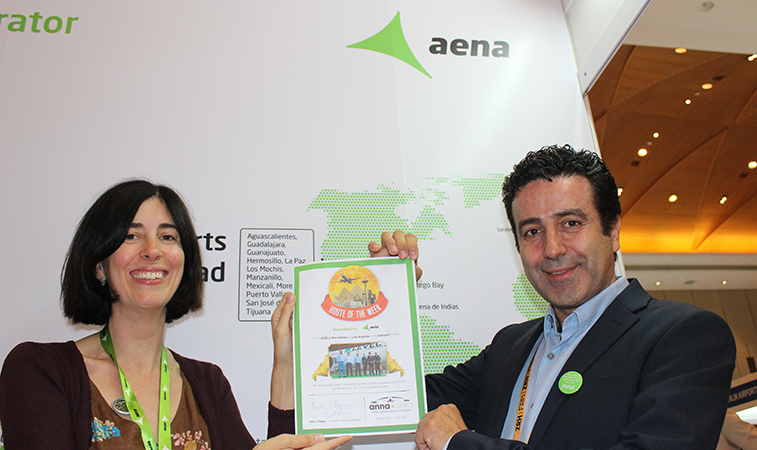 Aena celebrated winning the anna.aero Route of the Week award at Slots in Kuala Lumpur last week, given for the launch of LEVEL services from Barcelona to Oakland and Los Angeles, with the IAG Group carrier being set up to compete in the low-cost long-haul market, with its main competition from the Spanish city being Norwegian which opened up transatlantic flights the following week. Seen celebrating with the award at the 140th IATA Slots Conference are Aena’s Irene Gracia Lacarra, Head of Airport Marketing, and José Antonio Hernández, Market Intelligence and Market Strategy Department. LEVEL since has also opened routes from Barcelona to Buenos Aires Ezeiza and Punta Cana. 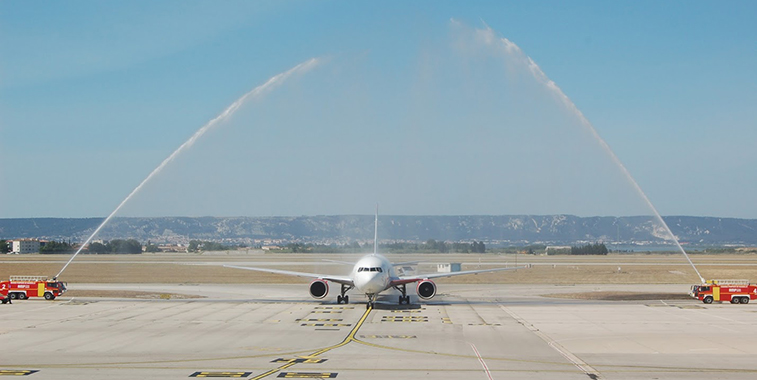 On 10 June Air Canada Rouge commenced operations between Montreal and Marseille, with the French airport welcoming its newest carrier with a water arch salute. The Star Alliance member will operate the 6,000-kilometre route three times weekly. The city pairing is already served by Air Transat which operates five weekly flights. 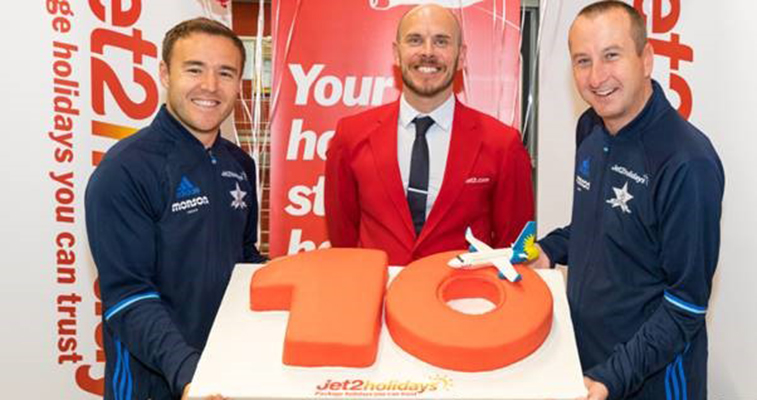 On 15 June Jet2holidays, part of Jet2.com, celebrated its 10-year anniversary. Set up in June 2007, the company has since welcomed seven million customers. Back in 2007, the company operated to 15 destinations whereas today it operates to more than 40 top sun destinations across the Mediterranean, Canary Islands and Europe, with 26 world famous capitals and cultural centres. Steve Heapy, CEO of Jet2.com and Jet2holidays said: “This summer marks the 10th anniversary of delivering real package holidays through Jet2holidays and it is a great time to be celebrating the work which has seen us continue to go from strength-to-strength. Among the celebrations was a cake, with the anniversary also being celebrated with Coronation Street (a popular British TV show) stars Alan Halsall and Andy Whyment. On 7 June Krasnodar Airport staff held a race on its new runway before the official opening, with around 500 participants taking part. The event was concluded with the making of an “aircraft” by airport staff, with the length being more than 30m. The length of the new runway is 3000m and the width 60m. Currently the airport serves nine take offs and landings per hour, but with the opening of a new runway, that number will certainly increase. To date, Krasnodar Airport serves more than 30 airlines flying to 51 destinations, of which 24 are international. In the last month alone international flights have been added to Beirut, Chisinau, Dalaman, Istanbul and Thessaloniki according to the airport. 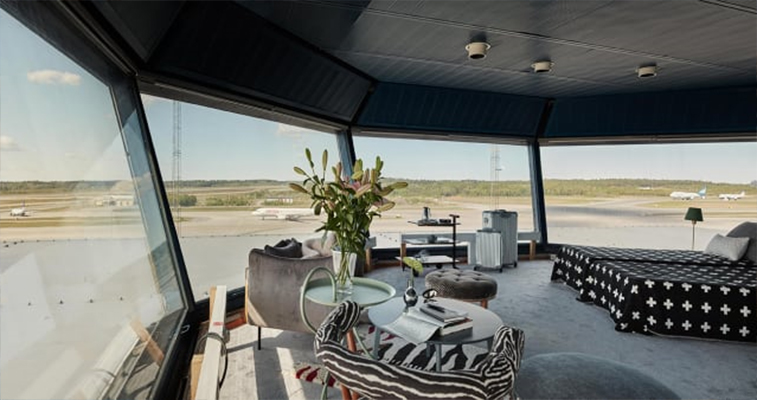 The former ramp tower at Stockholm Arlanda Airport has stood empty for 15 years. But the tower will get a new lease of life now that it has been converted into an apartment decorated by the Swedish artist Cilla Ramnek. People now have a chance to become one of the only guests in one of Sweden’s most spectacular apartments – the only accommodation of its kind in the world – as five lucky winners from Sweden and selected countries across Europe will get the chance to spend a night in the tower in a competition carried out by Stockholm Arlanda and HomeAway. “It feels great to be able to offer both Swedish and international guests the opportunity to experience this hidden secret at Stockholm Arlanda. At the same time, we see this as an opportunity to showcase everything Scandinavia´s fastest growing airport has to offer,” says Kjell-Åke Westin, Director at Stockholm Arlanda Airport. The competition is open from 13 June to 30 July. For your chance to win, simply follow this link for details and good luck!