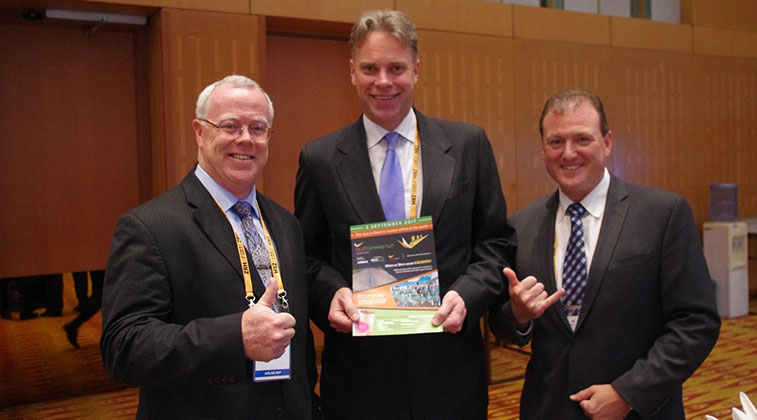 “We can easily get a team together,” says Atlas Air’s half-marathon runner Kevin Sarubbe, VP System Operations (right), with colleagues Terry Mcshea, Director Operations Planning and Rogier Fetter, VP Sales and Marketing. Could they be current champions Aer Lingus’ biggest rival for this year’s key team prize of ‘The Fastest Airline in the World’ at the fifth Budapest Airport-anna.aero Runway Run?

The Budapest Airport-anna.aero Runway Run recruitment roadshow flew halfway across the world to sign-up runners at 140th IATA Slot Conference hosted by Malaysia Airports in Kuala Lumpur between 13-15 June 2017. With Airbus as the main sponsor, the team has been building recognition and support for the leading sporting-charity event for the global aviation industry which attracted 976 air transport industry runners last year. For the fifth consecutive year, the airport will close one of its two runways for four hours so runners drawn from airlines, airports and enterprises across the aviation community can once again compete for a series of anna.aero-Budapest Airport “Golden Cake Trophies”, including the key team prize of “The Fastest Airline in the World” – a title currently held by Aer Lingus.

The runway run, Saturday 2 September, consists of two race distances – 10km (four runway lengths) and 5km. Runners can take part on an individual basis, or form teams of three or more (only the fastest three runners’ times count towards the team times).

Look who we’ve been talking to now… 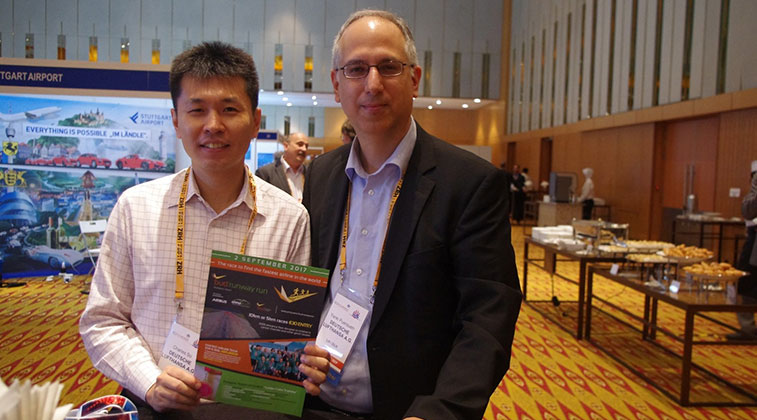 Lufthansa’s Charles So and Yanki Puersuen give full support to getting airlines, airports, and all the aviation community together in a great sporting event, which also benefits worldwide child cancer charities and other great causes. 976 runners took part last year. 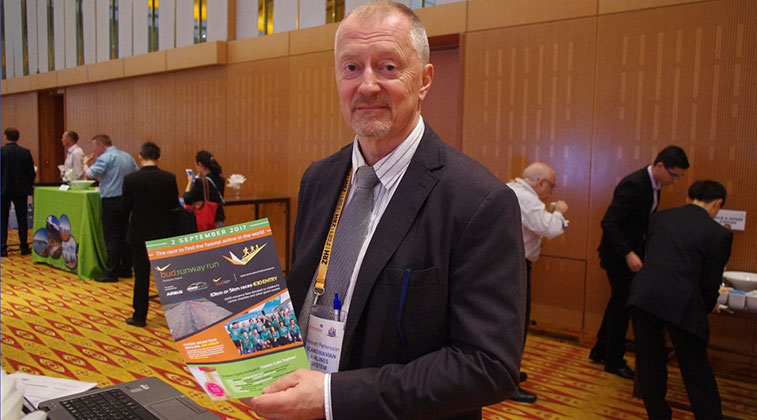 Former runner Kenneth Pettersson, SAS’ Manager Fleet Scheduling, openly admits to no longer being as fit as he was, but with over two months until Budapest Airport’s runway run in September, there’s still time to implement a sofa-to-5k training schedule. 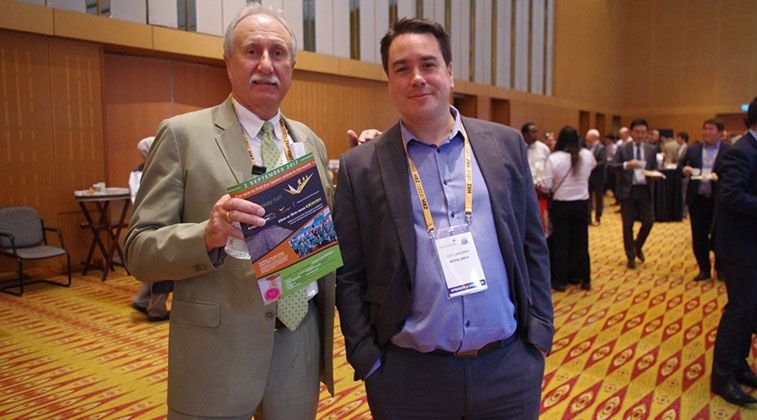 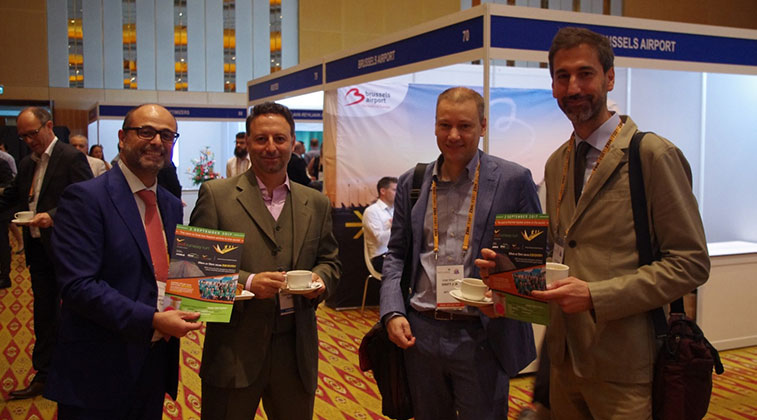 While trying to discreetly hide the pastries, AECFA – Airport Coordination Spain’s Ignacio Monasterio, Director of Coordination and Antonio Navarrete, Slot Coordinator propose to Swift Air’s Jose Masot, Schedule Planning and Jorge Masot, Scheduling that they could head-up a team to challenge current champions Aer Lingus to the title of ‘The Fastest Airline in the World’. 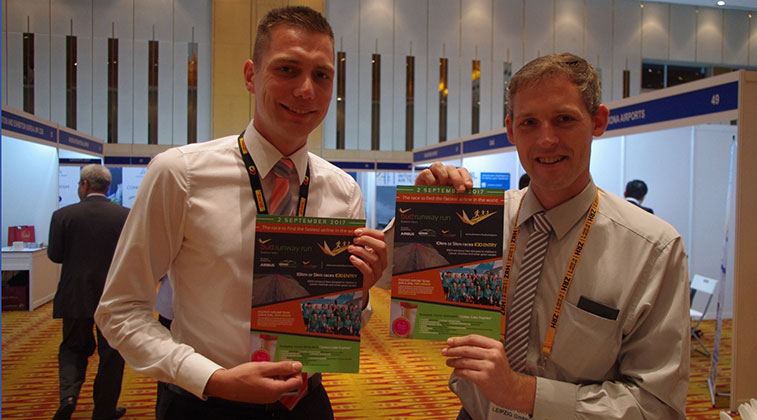 With the development of Budapest Airport’s new facility for Deutsche Post DHL Group due to be completed next month, DHL’s Philipp Kummer, Network Scheduling & Slots Analyst and Peter Hickisch, Scheduling and Slots Manager, could easily persuade their manager to send them on a site visit to coincide with the next-great aviation community event, especially as it’s all for charity. 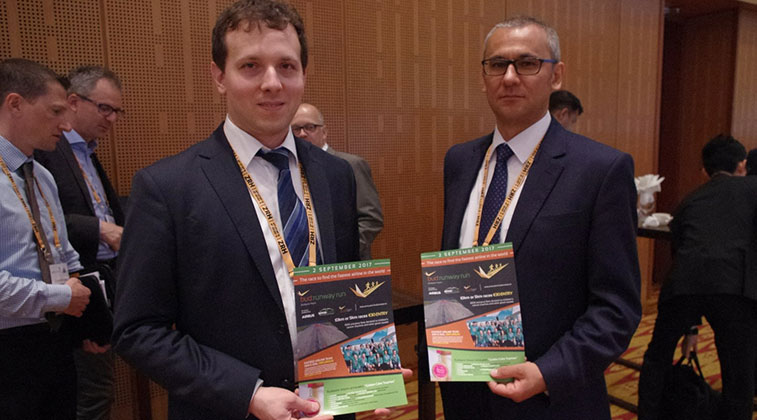 Determined to join the race this year, LOT Polish Airlines’ Robert Ludera, Network Planning and Scheduling Director has always wholeheartedly supported the concept and innovation behind the Budapest Airport-anna.aero Runway Run. The airline’s Tomasz Borowski, Slot Manager, is keen to get a team together. 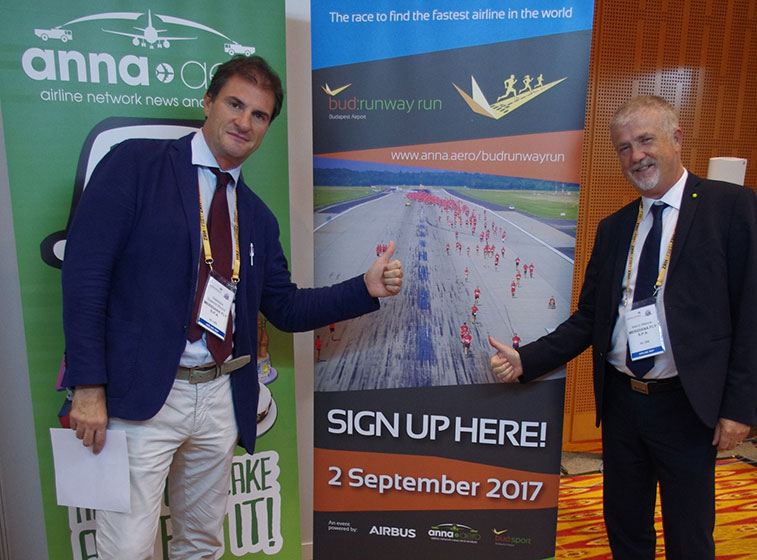 Having never had his photo on anna.aero, Gianluca Guerrini Rocco, Strategy and Business, Meridiana was eager to pose and get involved in this year’s Budapest Airport-anna.aero Runway Run. “We’ll send the details round the office and get a team together,” says the carrier’s Marco Manca, Network Planning and Slot Management. 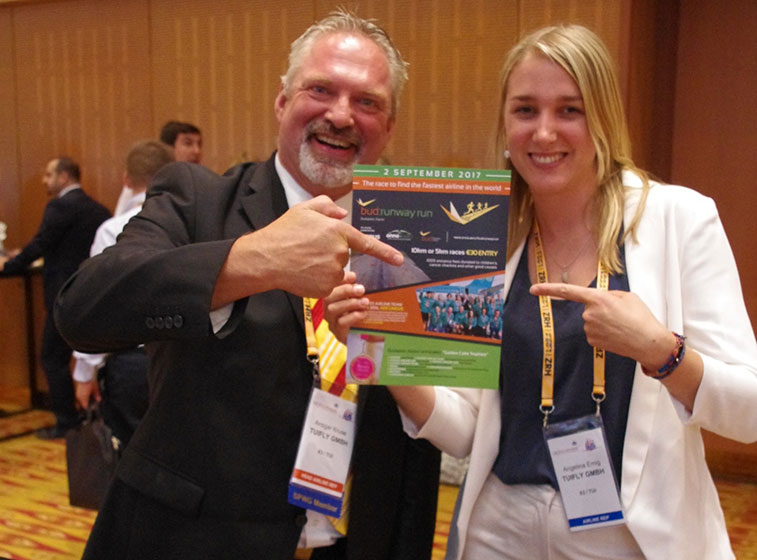 TUIfly’s Ansgar Kruse, Head of Schedules Planning and Slot Coordination and Angelina Emig, Manager, believe the carrier should get involved in the opportunity to run on the Hungarian gateway’s runway.