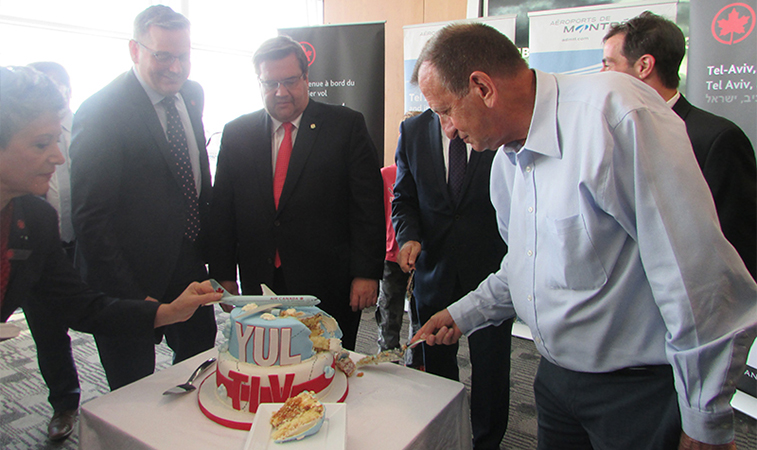 Seen cutting the cake in Montreal, officially opening Air Canada’s new service between the Canadian city and Tel Aviv, is the Israeli city’s Mayor Ron Huldai. The route will operate twice-weekly (Thursdays and Sundays) on A330-300s.