“Non-stop service to Germany has been a top goal for the airport for several years and has been something the business community in Pittsburgh has been seeking for more than a decade,” said Allegheny County Airport Authority CEO Christina Cassotis on the launch of Condor’s new flight from Frankfurt. “This flight will strengthen Pittsburgh International Airport’s business and leisure travel connections.” Seen cutting the cake in Pittsburgh are: Cassotis; Philipp Heinbockel, Director of Flight Operations and 767 Captain, Condor; and Rich Fitzgerald, Allegheny County Executive. 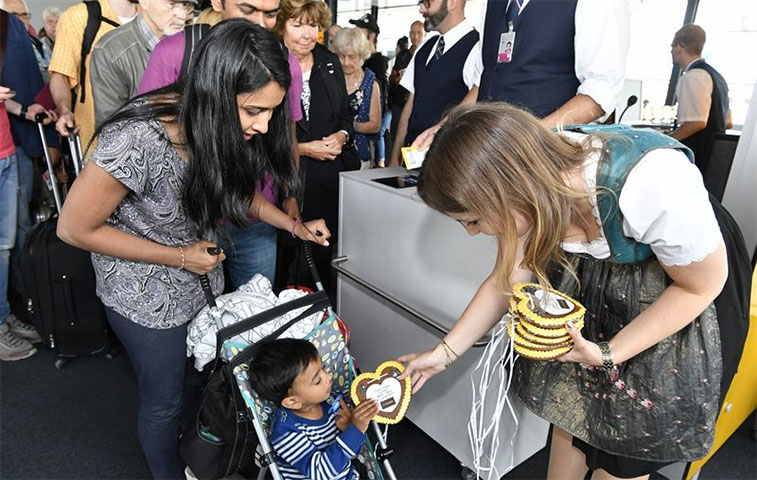 To mark the official launch of the Condor service from Munich to Seattle-Tacoma, the crew and passengers were presented with commemorative gingerbread hearts.