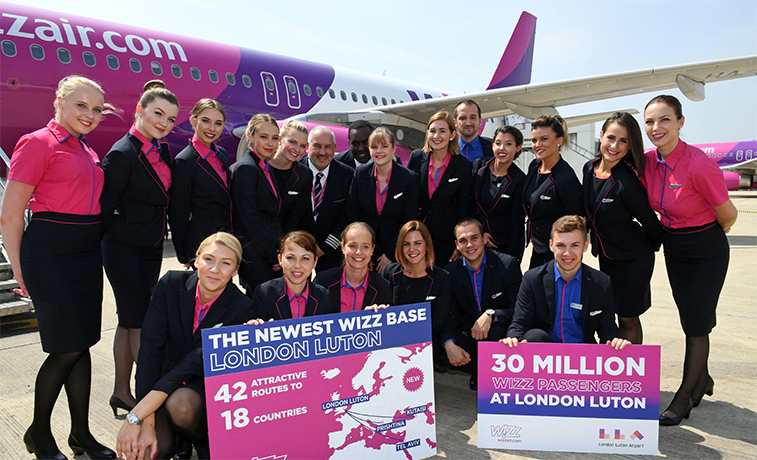 Wizz Air opened its first UK base at London Luton this week. The carrier now has one A320 permanently based at the airport, which has allowed the carrier to open new routes to Pristina, Kutaisi (launched 18 June) and Tel Aviv. The result means that the airline now operates 42 routes from the UK airport with its largest (in terms of seats) being Budapest. Wizz Air opened flights between Košice and Cologne Bonn on 25 June. The 1,040-kilometre sector will be served by the ULCC twice-weekly (Thursdays and Sundays). Seen cutting the ribbon at the launch are: Renata Lenartova, Vice-Mayor of Košice; Richard Rasi, Mayor of Košice; Michael Tmej, CEO Košice Airport; and Istvan Zacharias, VP of Košice Region. Flights to Tel Aviv were also launched from Košice this week. A cake was made in Riga to toast the start of Wizz Air flights to Bari and Reykjavik/Keflavik. Seen posing with the cake, along with two crew members, are the airport’s Route Development Manager, Laura Audariņa, and Director Aviation Services and Business Development Department, Liene Freivalde. Both routes will be served by the carrier twice-weekly.