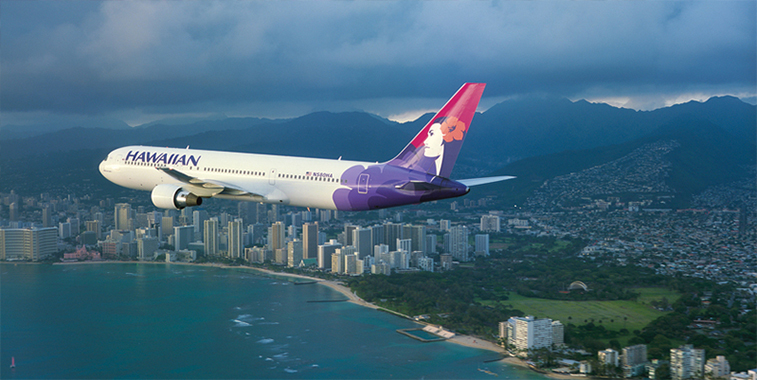 Hawaiian Airlines is the largest carrier at Honolulu Airport with 47% of weekly seat capacity this summer. In 2016 the airline broke the nine million passenger barrier at the Hawaii airport for the first time in recent history, with traffic increasing 2.2% when compared to 2015. The domestic market accounts for 89% of the airline’s traffic from the airport.

Hawaiian Airlines is the largest carrier at Honolulu, with it occupying 47% of the airport’s weekly departing seat capacity in S17 (based on w/c 27 June). Second to the airline of Hawaii is United Airlines, with it having a 13% share of capacity. This summer, Hawaiian Airlines is serving 29 routes from its largest operation on 824 weekly flights. Of these flights, only 23% are operated on routes outside of Hawaii, while only 6.9% are on international services.

In 2016, Hawaiian Airlines carried 9.17 million passengers from Honolulu, the first time the airline has achieved this feat in recent history. The milestone was gained thanks to the carrier increasing its passenger throughput at its biggest base by 2.2% when compared to 2015. The majority of the airline’s traffic from Honolulu is domestic, with the sector accounting for 89% of all passengers. However, the international market has developed nicely from Honolulu in recent years, with its share increasing from 1.3% in 2007 to a healthy 11% last year. 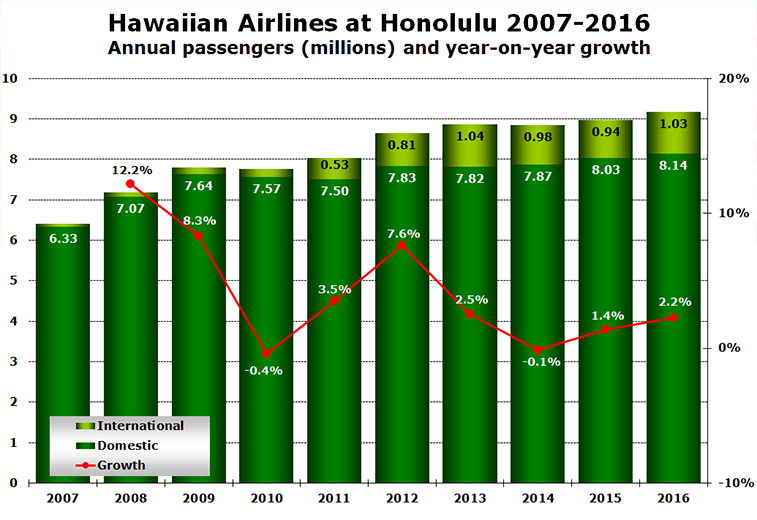 Last year, according to the Bureau of Transportation Statistics (BTS), Hawaiian Airlines carried just over 10.8 million passengers. This means that 85% of the airline’s traffic in 2016 travelled via Honolulu. Hawaiian Airlines only operate 16 routes that do not involve Honolulu according to OAG schedules, with these services making up just 8.6% of the carrier’s weekly seat capacity, with the remaining being flown from Honolulu.

Kahului is the largest route that Hawaiian Airlines serves from Honolulu, with it accounting for 20% of the airline’s departing seat capacity from its biggest hub in S17, up 1.0% when compared to the same week last year. Of the airline’s top 12 routes from Honolulu, two (highlighted in light green) are international, with both of them being in Japan. 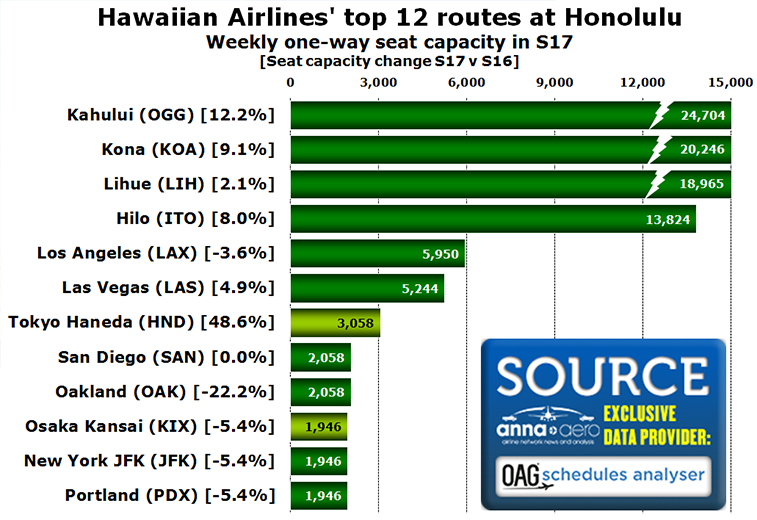 Busiest summer schedule in over 10 years

When we look back to S07, the airline only offered three international services from Honolulu – Sydney, Pago Pago and Papeete. The carrier served only 16 routes from the airport that year on 716 weekly flights. The number of weekly flights has grown by 15% when we compare S17 schedules with those back in S07, with 824 weekly flights now on offer to 29 destinations. 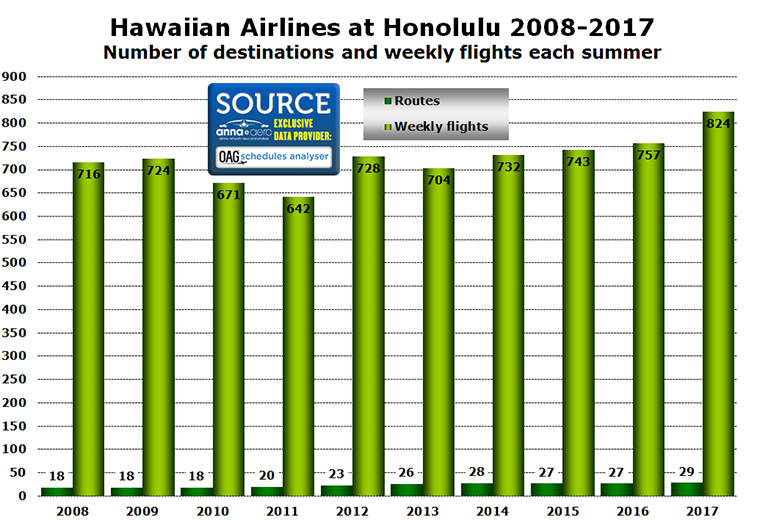 The smallest summer operation that Hawaiian has operated from Honolulu in recent history was in 2011, where the airline only had 642 weekly flights. During the past 10 years Hawaiian Airlines has also served the following international routes from Honolulu but no longer does: Manila (S08-W12/13); Fukuoka (S12-S14); and Sendai (S13-S15). 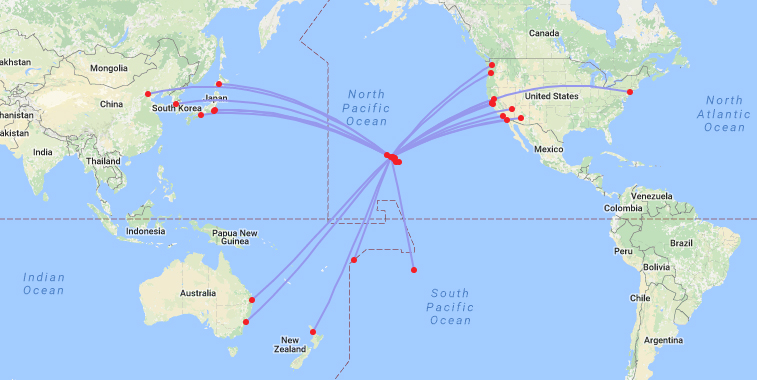