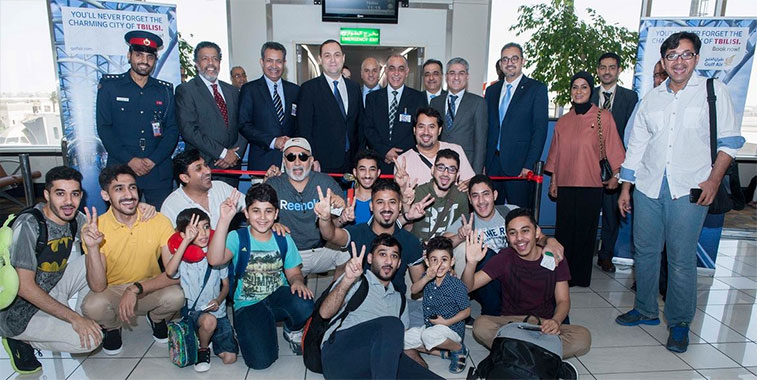 A celebratory event took place in Bahrain with the Georgian Ambassador to the Kingdom of Saudi Arabia, the Kingdom of Bahrain and the Sultanate of Oman, George Janjgava, joining Bahrain Civil Aviation Affairs officials, Bahrain Airport officials and members of Gulf Air’s executive management team….oh yes…and some photo-bombing passengers from the first flight. Gulf Air’s three times weekly flights between Bahrain and Tbilisi began on 23 June, but already due to high passenger demand, two additional flights will operate over and above the original schedule. Inaugural flight celebrations were held in the Georgian capital to herald the new service.