AirAsia X touches down in Hawaii with first US service 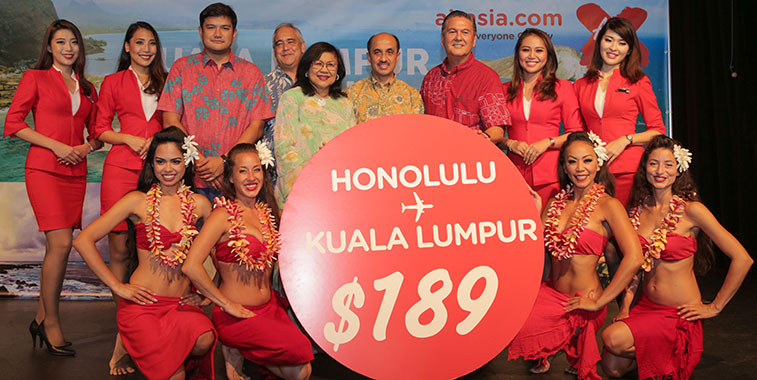 Among those celebrating AirAsia X’s arrival in Hawaii from Kuala Lumpur were: Benyamin Ismail, CEO of AirAsia X; Mike McCartney, State of Hawaii Chief of Staff; Tan Sri Rafidah Aziz, AirAsia X Chairperson; H.E Tan Sri Dr Zulhasnan Rafique, Malaysian Ambassador to the US; and George Szigeti, President and CEO of Hawaii Tourism Authority. The four times weekly service, which operates via Osaka in Japan, is the carrier’s first foray into the US market.