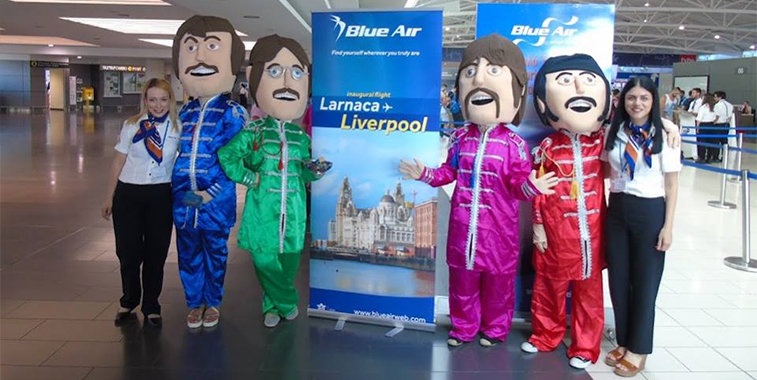 The Beatles made an appearance in Larnaca to celebrate the start of flights to their home city of Liverpool on 27 June. Blue Air will operate the route twice-weekly (Tuesdays and Saturdays), with easyJet already serving the city pair. 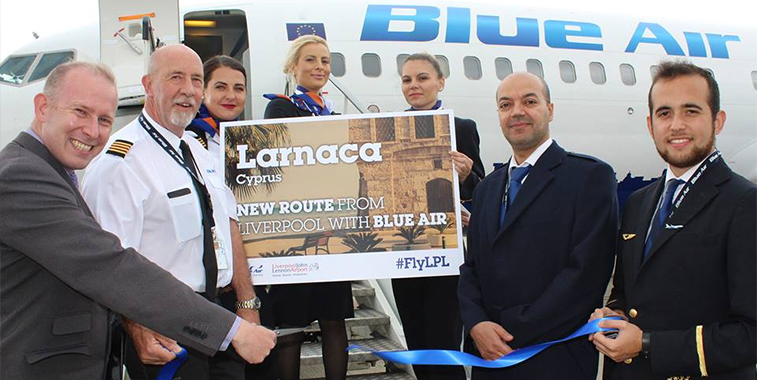 At the UK-end of the 3,500-kilometre route, a ribbon cutting ceremony was held to open the new service. Seen cutting the ribbon alongside the flight crew is Paul Winfield, Aviation Director, Liverpool Airport. On 30 June Blue Air commenced its fourth route to Brussels in the form of a weekly (Fridays) 1,928-kilometre connection from Constanta, with the Belgian airport baking a classic two-tiered cake to celebrate the new route. Seen cutting the culinary delight are: Jan Van De Reyd, Senior Aviation Development Manager, Brussels Airport; Luciana Paunescu, Executive Manager, Blue Air; and the first flight Captain. A ribbon cutting ceremony was also conducted along with members of the Romanian Embassy and flight crew. 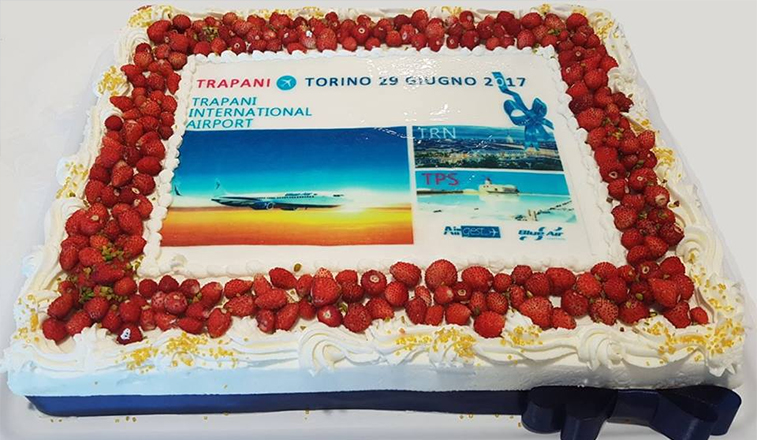 Trapani Airport baked this cake to welcomed the arrival of its newest carrier Blue Air. The airline will link the Sicilian airport to Turin four times weekly, with no other airline currently providing direct flights between the two cities.