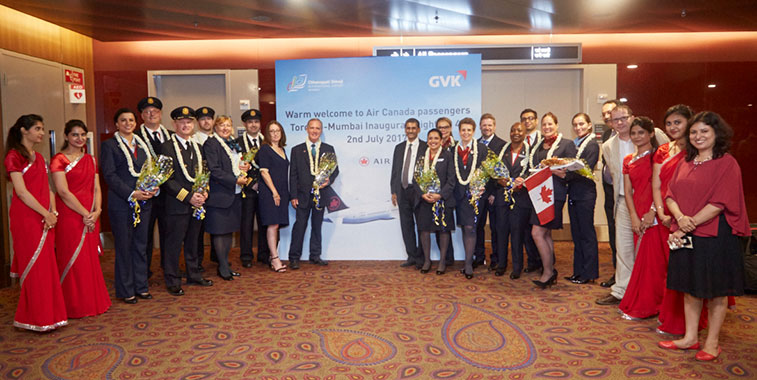 On 1 July Air Canada began service between Toronto Pearson and Mumbai with the first return flight being on 2 July. The Star Alliance carrier will offer onward connection opportunities with its local partner Air India.

When we last looked at the Indian aviation market we noted that the country had moved into fifth place in the global rankings behind only the US, China, Japan and the UK (as measured by annual passengers passing through airports) and ahead of Germany and Indonesia. We also speculated that India could overtake the UK either this year or next. With Indian traffic growing much faster than the UK, the latest figures make interesting reading. In April, India’s airports handled 23.2 million passengers compared with 24.1 million in the UK. With some UK airports yet to report their May figures it looks like India’s airports may have crept ahead of the UK. According to AAI statistics 25.5 million passengers passed through India’s airports in May while anna.aero predicts that around 25.4 million passengers will have used UK airports that month. OAG schedule data for S17 suggests that the UK is still offering around 4% more seats this summer from its airports compared to those in India, so the UK may hang on to its fourth place for a little while longer. But it’s getting close.

Domestic traffic growth slows to around 15% in 2017

Passenger numbers on domestic routes increased by more than 20% in every month from November 2015 to January 2017. However, in February, March and April this rapid growth slowed somewhat to around 15% before picking up slightly in May to reach 17.4%. 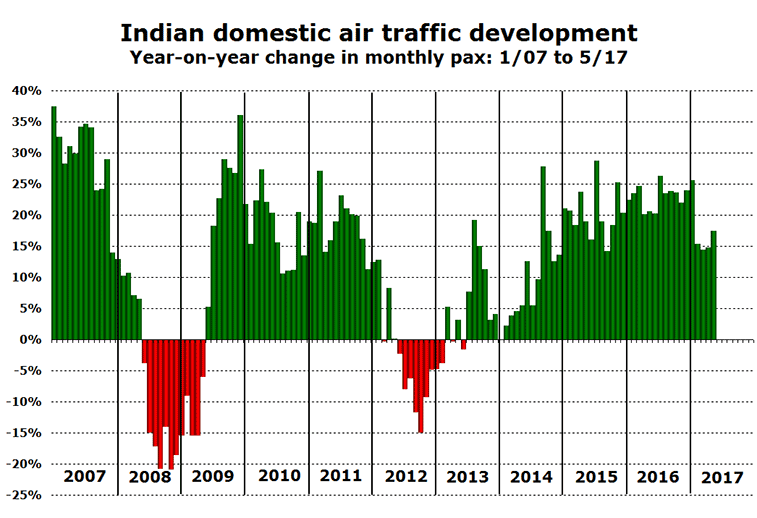 As recently as June 2012, Jet Airways (combined with Jet Lite) had the biggest share of the Indian domestic market. However, from July 2012 onwards, IndiGo has been the leading carrier on domestic flights and has seen its share of the market grow to around 40%, peaking at 42.6% last October. Meanwhile Jet Airways and Jet Lite now have a combined share of around 18%, followed by Air India and SpiceJet with around 13% each and GoAir with between 8% and 9%. Relative newcomers AirAsia India and Vistara currently both have around 3% of the market. TruJet has less than 1% of the market, while Air Costa suspended operations at the end of February 2017. 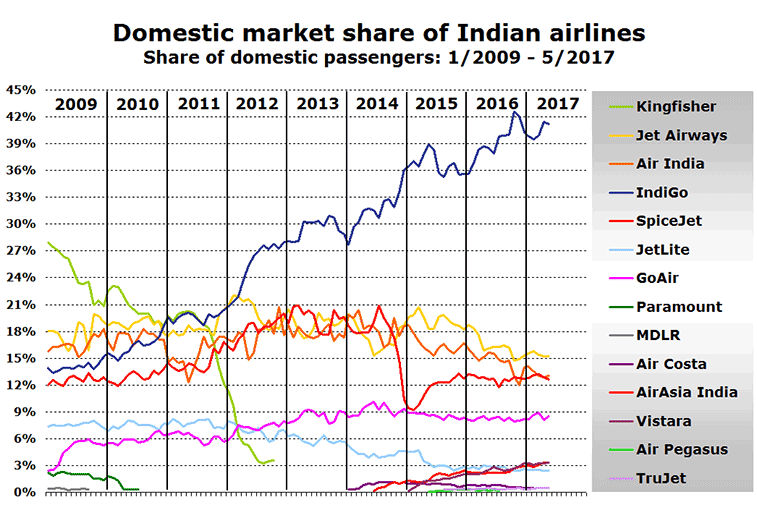 International traffic still growing by 8% in 2017 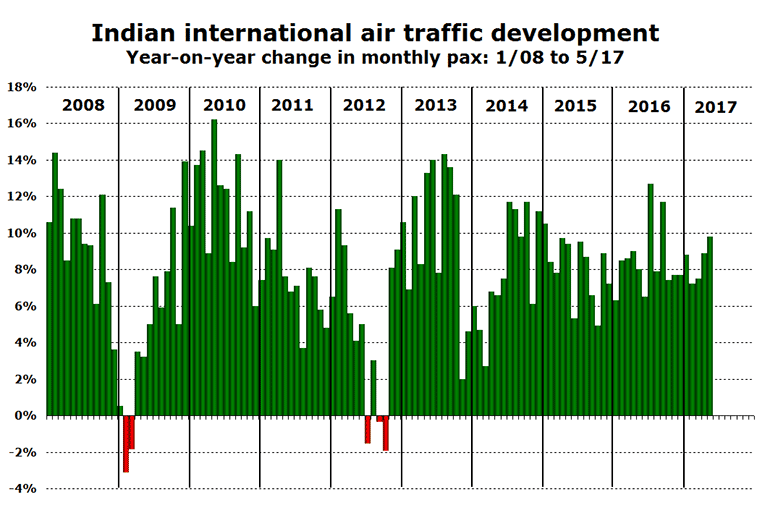 Significant new international route launches in the second half of this year include Air Canada’s new service from Toronto Pearson to Mumbai, Air India’s Delhi to Washington Dulles service which begins on 7 July and a new service to Stockholm, also from Delhi, starting in August followed by Copenhagen in September. Other new European routes starting before the end of the year include Alitalia’s plans to launch a Delhi service from Rome at the end of October, while KLM is resuming services to Mumbai from Amsterdam, also at the end of October. Meanwhile, later this month, IndiGo is adding new links to Doha from Chennai and Kozhikode. It already serves the Qatari hub from Delhi and Mumbai. 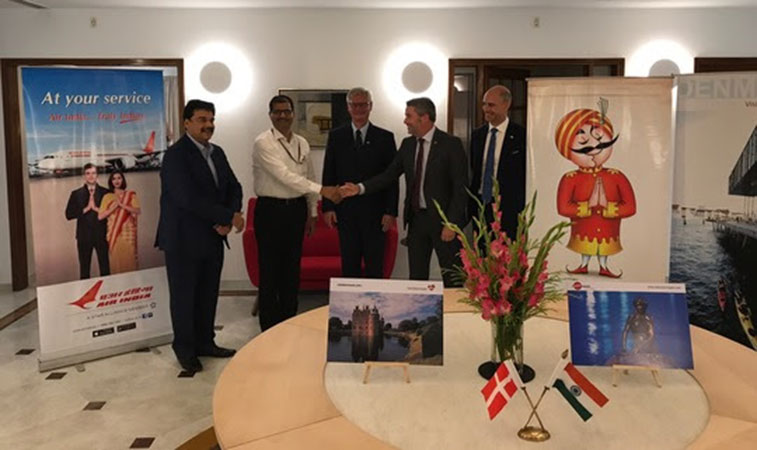 Air India is planning new routes to Scandinavia this autumn with service to Stockholm starting in August, followed by Copenhagen in September. Both of these airports are hubs for SAS, another Star Alliance carrier.