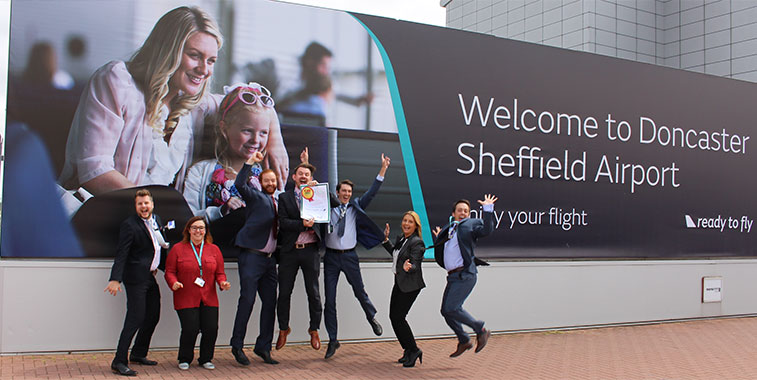 This is what it means to win a Euro ANNIES award – it makes the winning airports jump for joy! Last year the UK was a winner when London Gatwick picked up the ‘Airport With The Most New Long-Haul Routes’ award, in 2017 its the turn of Doncaster Sheffield (pictured above) which won the passenger growth title in the one to two million annual passenger category.

A little bit later than last year (and because anna.aero’s data elves are off on their holidays soon) we can now reveal the winners (and runners-up) in anna.aero’s eighth annual Euro ANNIES awards – Part I. Starting this week with airport winners in 10 categories, Part II will reveal the four airline winners next week. Based purely on analysis of passenger traffic figures and schedule data, these scientific awards are all about what the airports have actually achieved. For the airport traffic growth figures we use our own database of annual (and monthly) passenger traffic data for over 350 airports across Europe. For those awards given to airports relating to their network growth we have analysed OAG schedule data for the first week of August 2017 and compared it (where appropriate) with the first week of August 2016. Strictly speaking we are not calculating the number of new airlines/routes etc, but the biggest net gain during the last 12 months, to take into account airlines and routes that may have disappeared for whatever reason.

In 2016 there were winners from France, Iceland, Poland, Portugal, Spain, Sweden, Turkey and the UK – and many of these countries have won again this year. This year, we have 10 awards again, and these are spread across eight countries. Bulgaria and Germany (both with two) are the only multiple winners, with France, Iceland, Russia, Spain, Turkey and UK all generating the remaining winners. Other countries represented among the runners-up are airports in Cyprus, Georgia, Poland and Romania.

So, fanfare please, and the first award goes to…

With not one but two wins in the year’s competition is one of the airport’s serving the German capital – Berlin Schönefeld – so much for this being one of Europe’s mature markets! The first category it has won is the airport with the most new routes – with 23 recorded between August last year and the same month in 2017. What is perhaps the most noteworthy is the fact that Germany’s sixth busiest airport (for how long?) was the runner-up in both of the categories in 2016 that it has been crowned victorious in this year. 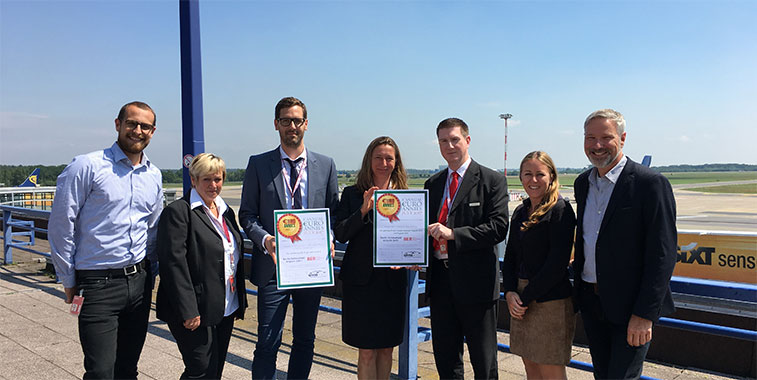 Powered by not just the arrival of LEVEL, and its battle for long-haul supremacy with Norwegian out of Spain’s second city, but also the likes of Air China (Shanghai Pudong), American Airlines (Chicago O’Hare), Korean Air (Seoul Incheon) and LATAM Airlines (Lima), it is no surprise that Barcelona has stolen this title from the dual winners of London Gatwick and Madrid last year. If all goes well in September when the city is host for the 23rd World Routes it might just seal enough deals to win the 2018 award!! 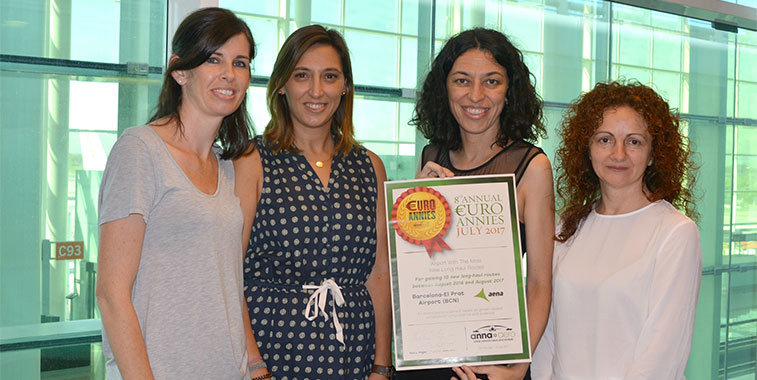 Last year, Aena’s Madrid and Alicante airports were victorious in the 2016 Euro ANNIES. In 2017, and quite fittingly, its World Routes hosts Barcelona which is flying the flag for Spain this time around. Plotting how to secure another title in next year’s competition are: Mareike Asmus, Marketing Technician; Dara Cabrera, Head of Airport Marketing and Airport Management Centre; Sonia Corrochano, Airport Director; and Vanessa Requena, Head of the Cabinet.

Airport With The Most New Carriers
Winner: Kazan

Last year, this prize was won by Alicante, which had a net of 10 new airlines. The same result has delivered this year’s winner too, Kazan in Russia. Among the new carriers serving the airport are airBaltic from Riga (26 April), Georgian Airways from Tbilisi (2 June) and Turkmenistan Airlines from Ashgabat (11 January).

For the fourth year on the bounce, the French capital has won what we loving term the anna.aero Spotters Award. We give this prize out to the European airport that we deem as being the most exciting for the aircraft spotting fraternity (some women do it as well of course – but its mainly middle-aged men), offering the most diverse range of airline partners. Among the new tailfins at France’s busiest airport this summer that were not present in S16 include FlyOne and Cobalt.

Thanks to anna.aero’s comprehensive, free, downloadable database of airport traffic statistics which includes well over 350 airports across Europe, we have been able to reveal the fastest-growing airports in 2016 in pure passenger terms in six different size categories. The six winners for actual passenger growth (traffic) in 2016 come from five different countries, with Bulgaria picking up two titles. The award in the biggest category (>10 million passengers) sees Berlin Schönefeld scoop its second win with 36.7% annual growth, pushing London Luton into second place (24% annual growth). Other performances of note see Reykjavik/Keflavik move up a category to 5-10 million, but its staggering growth of 40.5% was still good enough to see off all the incumbents in this section. Beating Tbilisi by just 0.1%, Bulgaria’s Bourgas Airport had a narrow victory over the Georgian capital city airport. The prior dominance of Turkish airports in the Euro ANNIES continues to wane, with the three winner or runner-up spots the country achieved in 2016 being reduced to one this year, with new (it opened in 2015) Turkish airport Ordu-Giresun taking the 0.1-1million category. 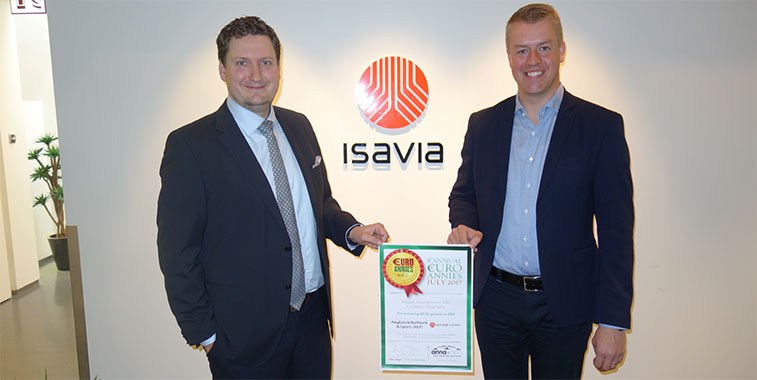 Technical and Infrastructure Director, Gudmundur Dadi Runarsson, and Route Development Manager, Grétar Már Garðarsson, both of Reykjavik/Keflavik Airport, are clearly looking forward to a Brennivín (or two) to celebrate the Icelandic airport winning its category (5-10 annual passengers), despite only moving into this section last year. 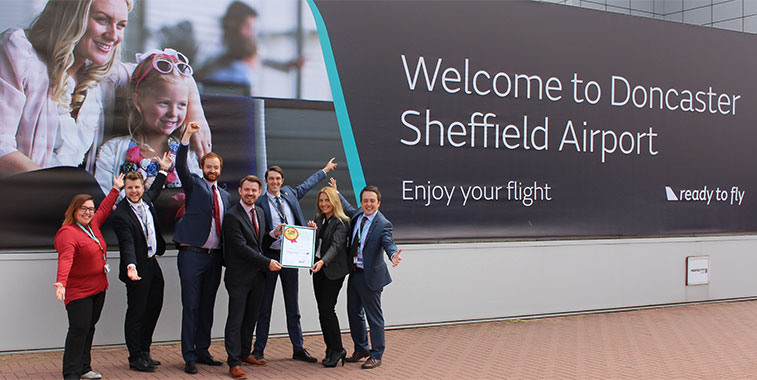