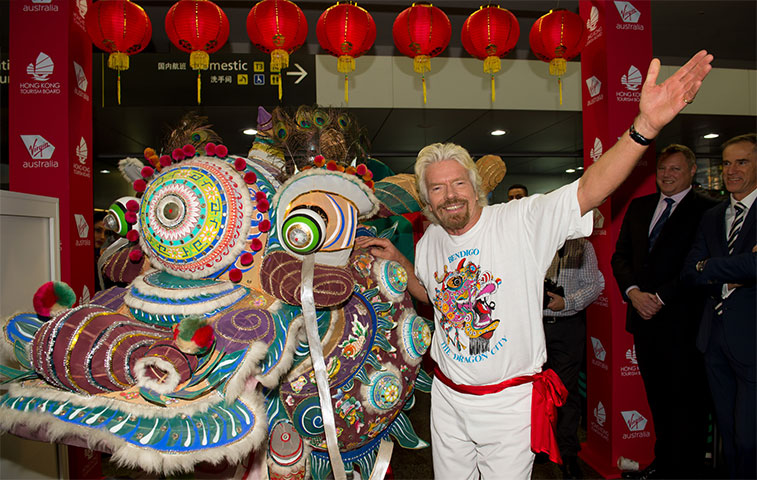 A giant 34-metre dragon ‘Yar Loong’ glided into Melbourne Airport on 5 July with non-other than Sir Richard Branson leading the way, disguised under the dragon’s head. The Virgin founder was in Australia to celebrate Virgin Australia Airlines’ inaugural flight to Hong Kong, a route it will operate five times weekly on A330-200s. As well as the specially baked cake, Navtej Sarna, Ambassador of India to US and Ashwani Lohani, Chairman and MD, Air India, inaugurated the airline’s new flight from Delhi to Washington Dulles by cutting a ribbon at the boarding gate. The new service is the US airport’s 33rd capital-to-capital connection. 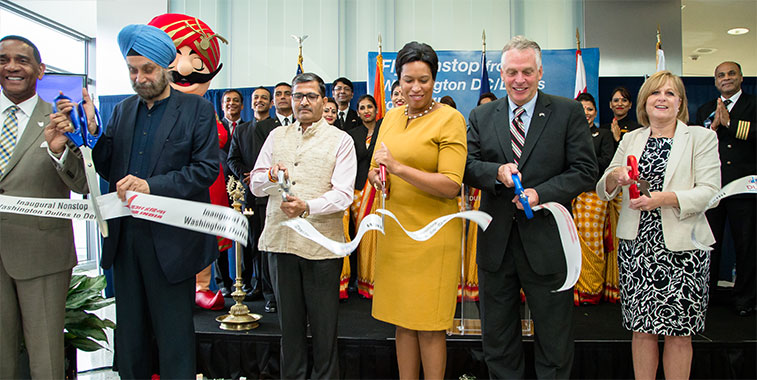 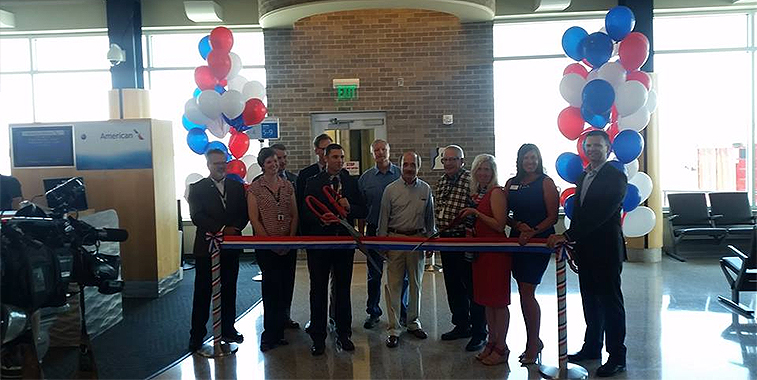 Appleton Airport got the big scissors out to cut the ribbon for American Airlines’ new service from Chicago O’Hare. The route will be flown twice-daily on ERJ 145s, with United Airlines offering competition on the sector. 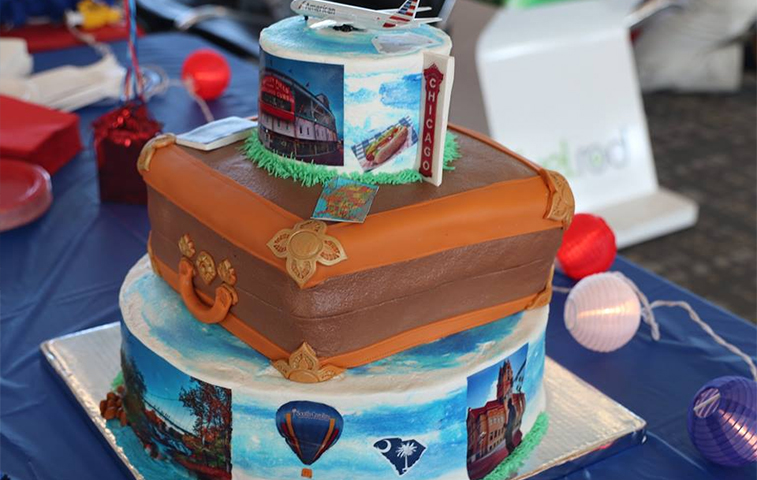 Greenville Airport had this cake made to celebrate the start of American Airlines’ three times daily Chicago O’Hare. The route is already served by United Airlines 27 times weekly when referring to OAG schedules. A cake was also presented at Spokane Airport to welcome the arrival of American Airlines’ new link from Dallas/Fort Worth. Seen holding up the knife after a successful cutting are Larry Krauter, CEO Spokane Airport, and Congresswoman Cathy McMorris Rodgers. The 2,374-kilometre sector will be flown by the oneworld member daily on its fleet of A319s. 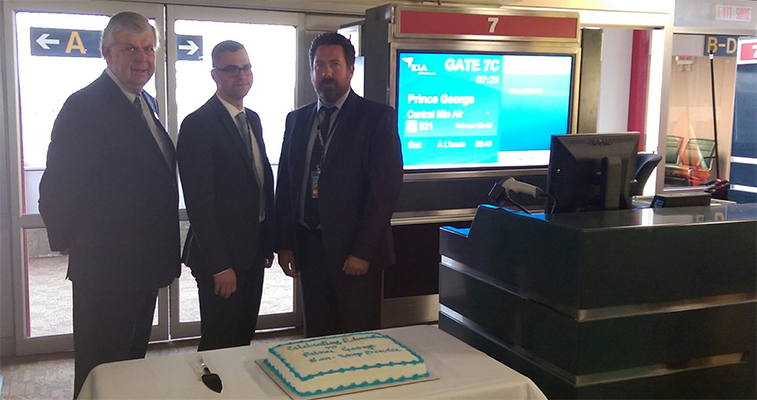 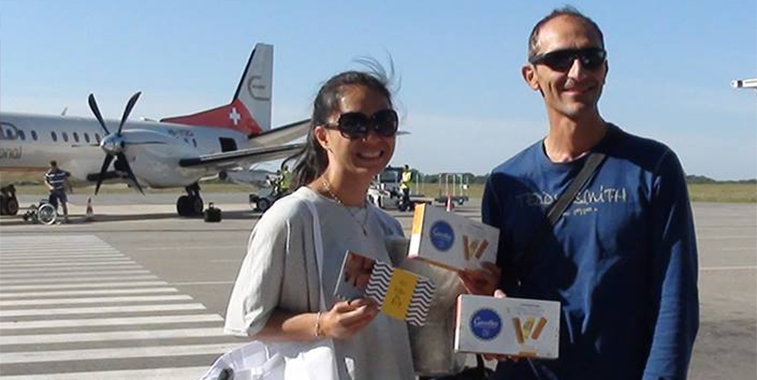 Passengers on the first Etihad Regional flight from Geneva were greeted at Brest Airport on 6 July with chocolates from Favarger, an artisanal chocolatier which was founded in Geneva in 1826. 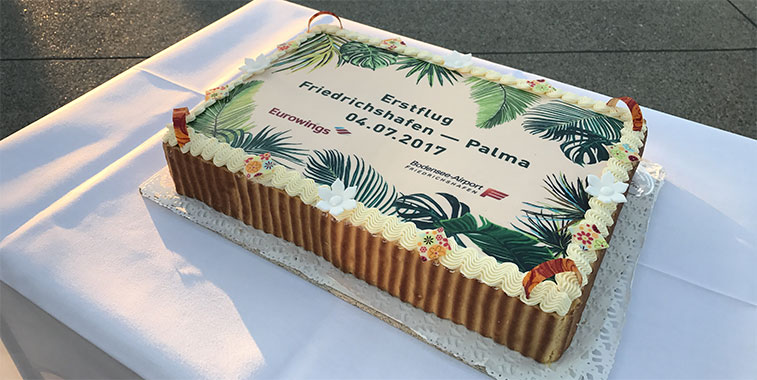 This delicious-looking cake was baked to herald the start of Eurowings’ first flight from Palma de Mallorca to Friedrichshafen. The twice-weekly operation will face competition from Germania’s daily service. 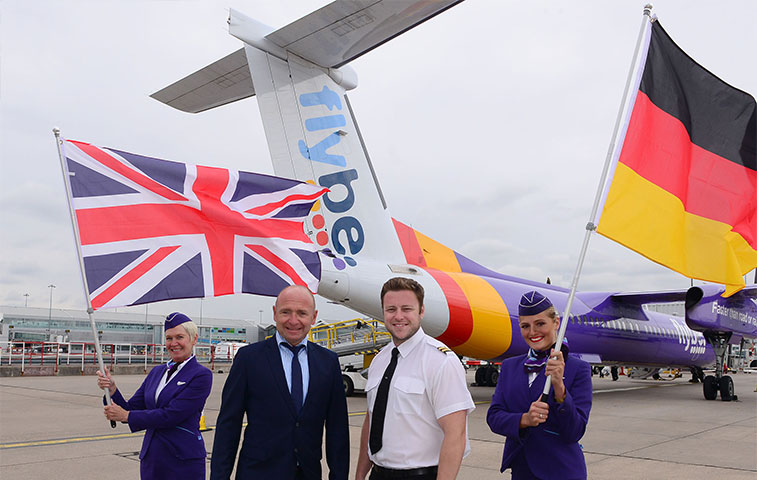 William Pearson, Aviation Director at Birmingham Airport, seen here with the Flybe inaugural crew on the new Birmingham to Hamburg service commented: “Hamburg is a hugely welcome addition to Flybe’s growing list of routes from Birmingham for both our business and leisure passengers. It is Germany’s second largest city and has the country’s biggest port making it an important economic hub and a great city break destination too. Connecting Hamburg with Britain’s second largest city will be of huge benefit to trade and business relations.” 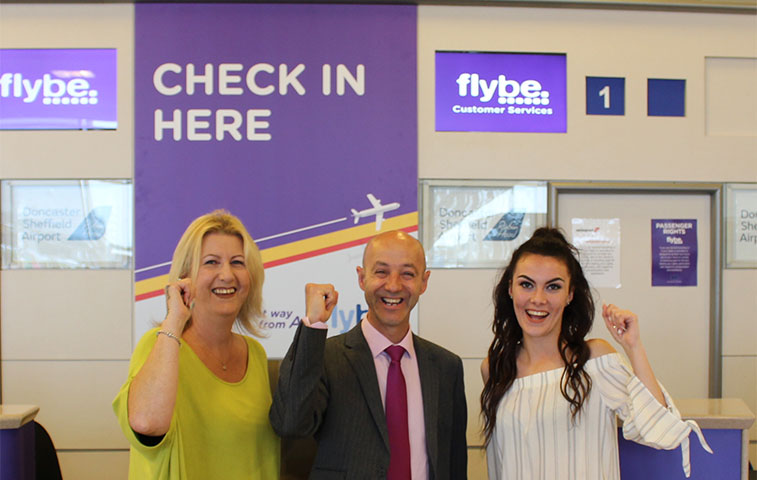 To celebrate the inaugural Flybe flight from Doncaster Sheffield to Palma de Mallorca, the UK airport surprised the lucky customer who made the very first booking on the service by presenting her with access to its Premium Lounge where she enjoyed free food and drink. Steve Gill, Doncaster Sheffield Airport CEO (centre) hands over the prize to Judith Machin (left) and daughter Emily Machin (right). 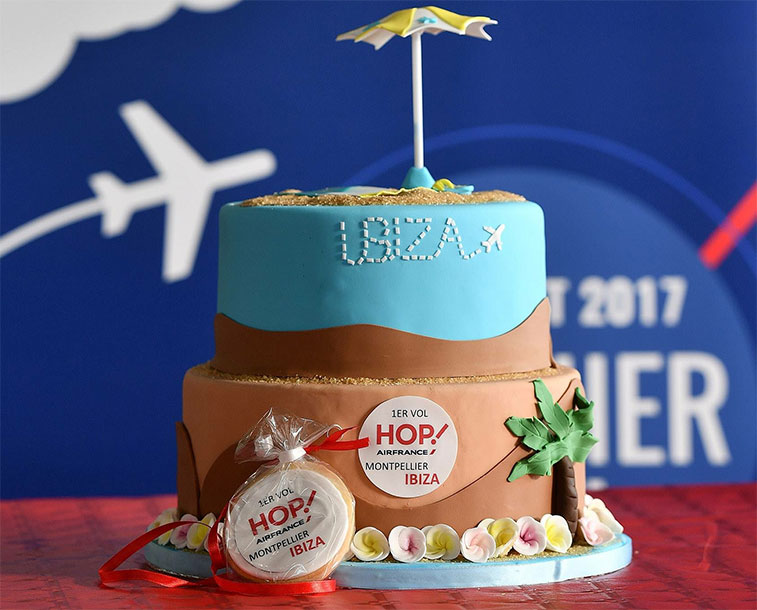 This beach parasol-topped cake was baked to mark the start of the summer seasonal HOP! service from Montpellier to Ibiza. The weekly flight commences in Castres, just 140 kilometres away from the French city. 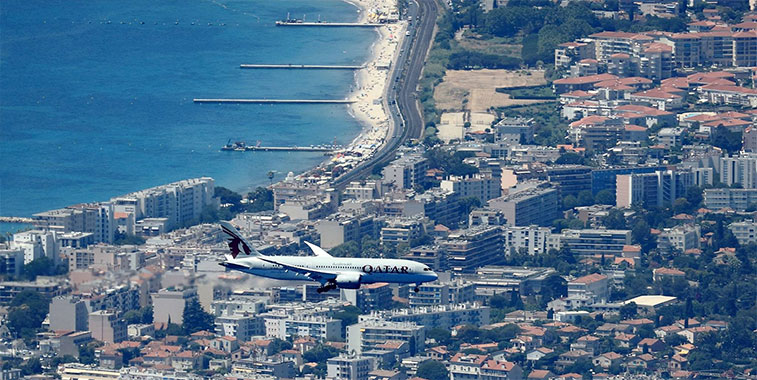 Absent over the skies of the Côte d’Azur for over four years, Qatar Airways returned to Nice on 4 July. This time it will operate to the busiest airport outside of Paris on a five times weekly basis, having previously served the city three times weekly via Milan Malpensa. The airport is already served by Emirates which now uses its A380s from Dubai. 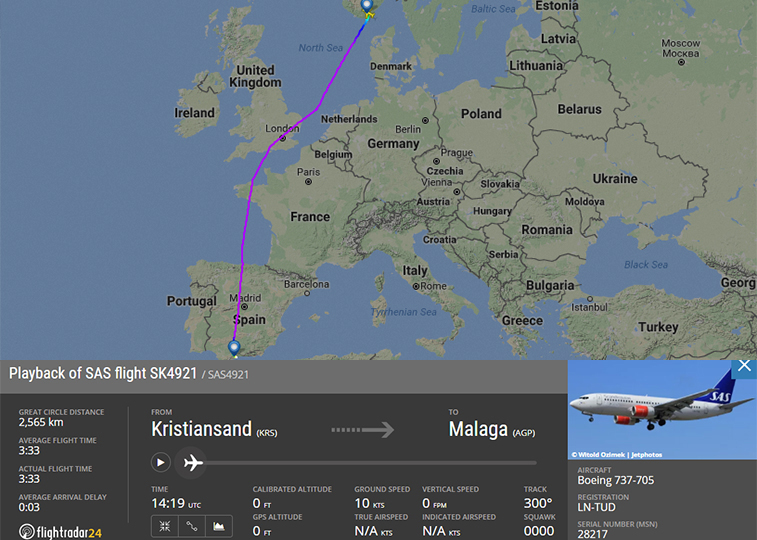 Flightradar24.com data shows that the inaugural SAS flight from Kristiansand to Malaga – SK4921 – touched down three minutes behind its scheduled 19:55 arrival time. The seasonal route will operate weekly (Wednesdays) until 9 August. 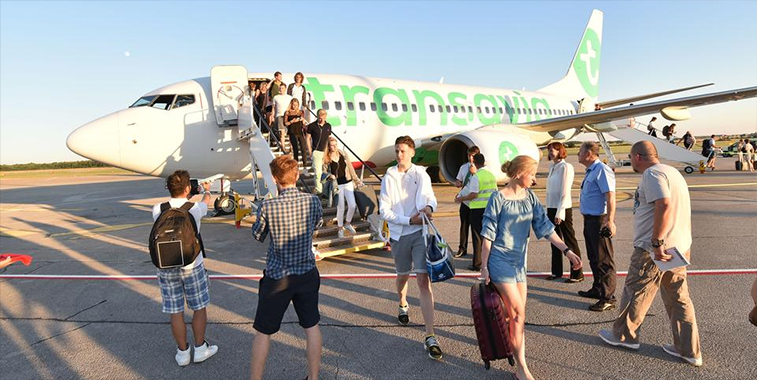 Passengers can be seen disembarking the inaugural flight between Rotterdam and Pula on 6 July. The carrier will operate the 1,049-kilometre route three times weekly on its fleet of 737-700s.