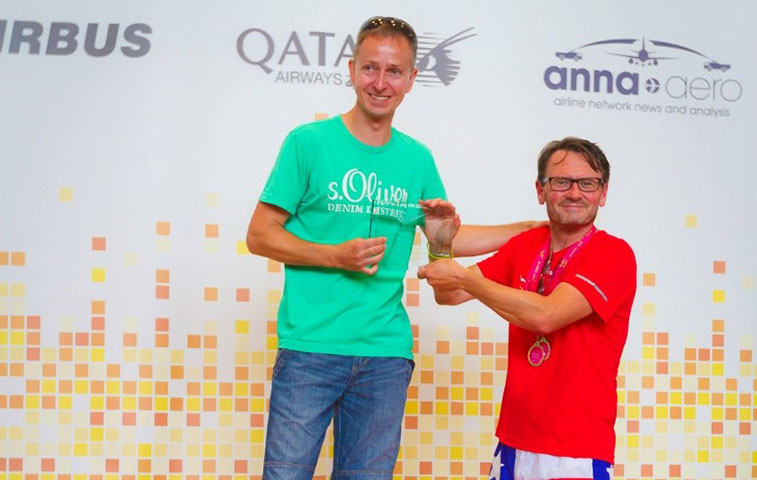 Wroclaw rocks! Wojciech Kucia, Main Environmental Specialist, Wroclaw Airport, proudly collected the team trophy for ‘Fastest Airport’ for a second year running in 2016. The Polish airport has once again signed up to challenge several energetic airports from across Europe in a race to retain its #1 position at the aviation sporting event of the year – the Budapest Airport-anna.aero Runway Run 5.0, once again hugely supported by headline sponsors Airbus and Qatar Airways.

As Aer Lingus’ team tally climbs up to 25 runners in the strongest bid yet to retain its coveted title of ‘Fastest Airline in the World’, Wroclaw Airport returns as the current ‘Fastest Airport’ this September. Having once again signed up to challenge several other European airports in the Budapest Airport-anna.aero Runway Run, the Polish airport has entered some of its fastest and most experienced runners to hold its top podium position for a third consecutive year. 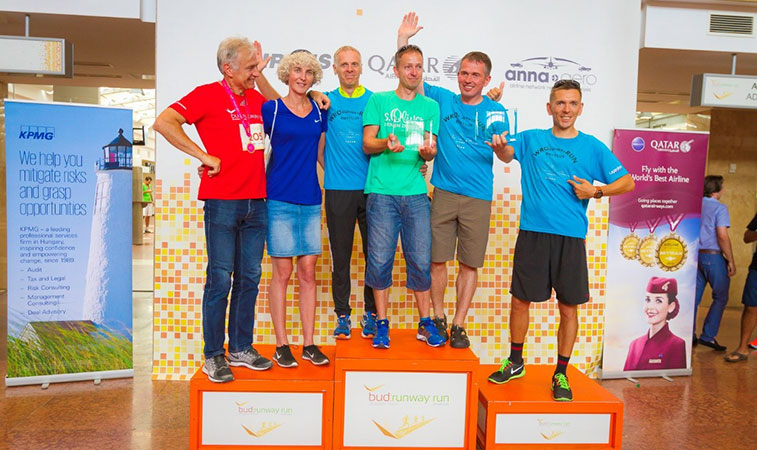 He may be temporarily injured and off the track but previous team leader, Jaroslaw Sztucki has every faith his returning team members will bring back a third anna.aero-Budapest Airport “Golden Cake Trophy”. As a 3:30 marathon runner, Sztucki will no doubt have a put together a training schedule to ensure they are in peak condition, and with their own running histories they’re looking like a winning team once again:

Malgorzata Czaja: a very talented runner and awarded in almost every run she takes part in, from 5km to 42km (marathon distance).

Wojtek Kucia – the fastest runner of the team, usually running 10km under 40 minutes. With last year’s overall winner, Aer Lingus’ team member Robert Murphy, crossing the line in a blazing time of 34:47, Kucia could be a strong contender for the ‘Fastest Aviator’ prize as well.

Whether you think you could be a contender for a trophy or just want to be part of the great aviation charity-sporting event of the year, there’s still time to sign up for this year’s run on Budapest Airport’s runway, taking place Saturday 2 September.

All entry fees – just €50 – are entirely donated to international child cancer causes and a Hungarian charity assisting the inclusiveness of handicapped people in sports. Besides 10 air transport industry trophies every finisher receives “The Bron’s Medal” named for Brontë “Bron” Hogan, the anna.aero publisher’s 12-year-old daughter, who passed away in 2011 after a five-year battle with leukaemia.