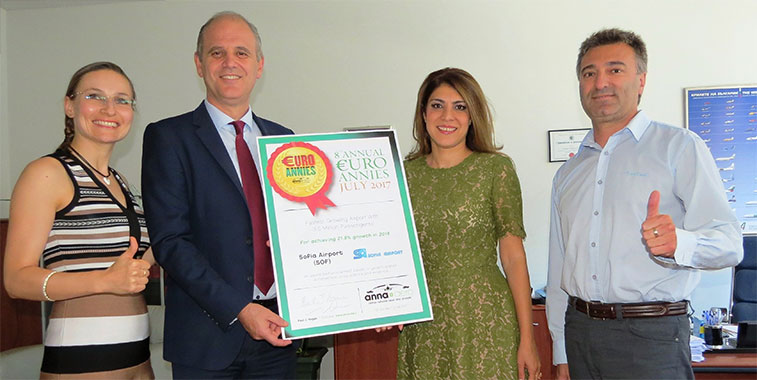 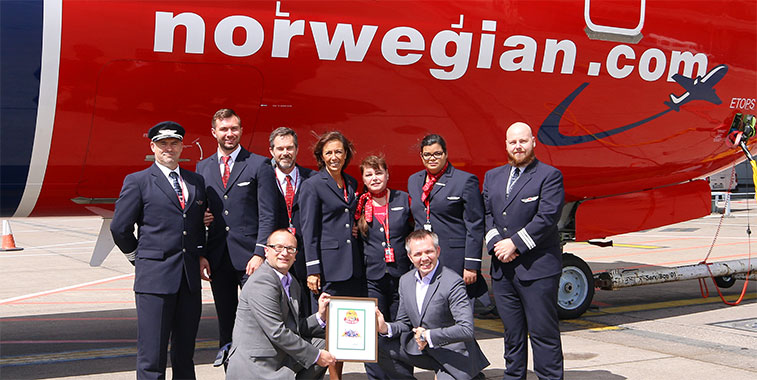 Mathias Richter, Aviation Marketing Specialist and Daragh Hanratty, Head of Aviation Marketing, both from Cork Airport, pose with their Route of the Week certificate given following the start of Norwegian’s new US service from the Irish airport. The market development duo are seen on the apron with crew operating flight D81821 from Cork to Providence. 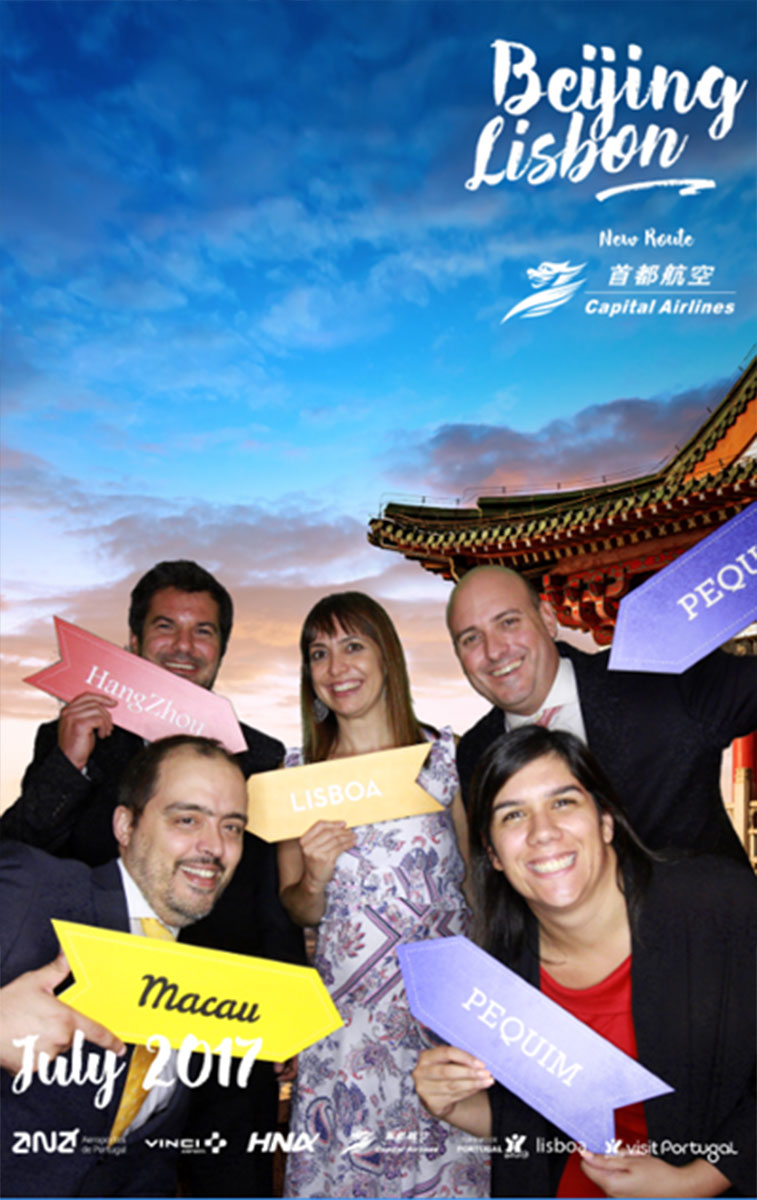 Beijing Capital Airlines (BCA) hosted a presentation event, in partnership with ANA (VINCI Airports) and Turismo de Portugal, for the new route between Beijing and Lisbon which begins on 26 July. The flight will originate in the city of Hangzhou, with a stopover in Beijing. At the same time, BCA will also inaugurate the Beijing – Macao route, thus increasing Lisbon Airport’s connections with China. The city pair will start with three flights per week on BCA’s 260-seat A330-200 fleet until the end of S17. In W17/18, the frequency will be increased to four times weekly. Seen celebrating the upcoming route launch at the event were the ANA marketing team. 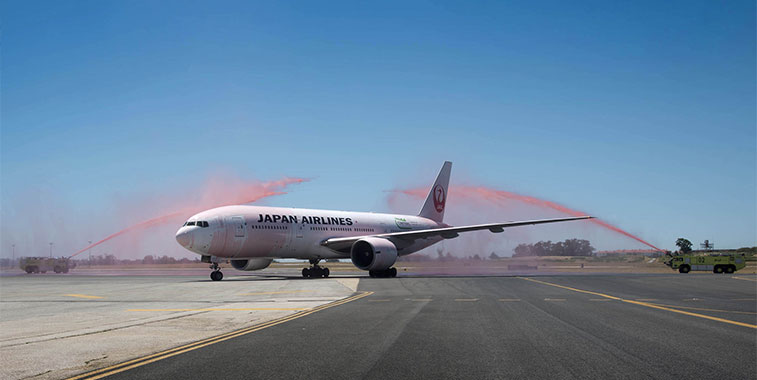 More Asian route development news from Portugal, as the first of four special flights from Japan landed in Lisbon on 17 July. The charter operation is managed by a group of Japanese tour operators led by JTB – Japan Travel Bureau, the largest Japanese tour operator. Of the four 777-operated flights, flown by Japan Airlines and All Nippon Airways, three will arrive and depart in Lisbon, while the fourth will arrive in the capital and depart from Porto. This will be the first time that both airlines have operated commercially to Lisbon and Porto airports. 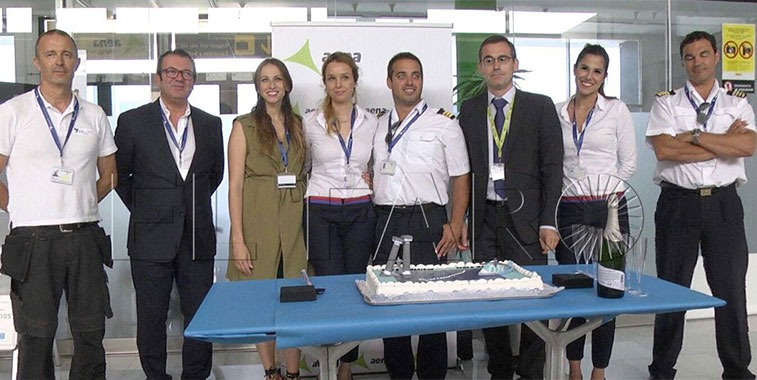 A first for anna.aero…a new helicopter route celebration! The festivities were held to herald the new route from Ceuta Heliport to Algeciras Heliport and Málaga Airport. Look – there’s even a cake with a helicopter on it!! The new scheduled service is flown by Spanish operator Helity. 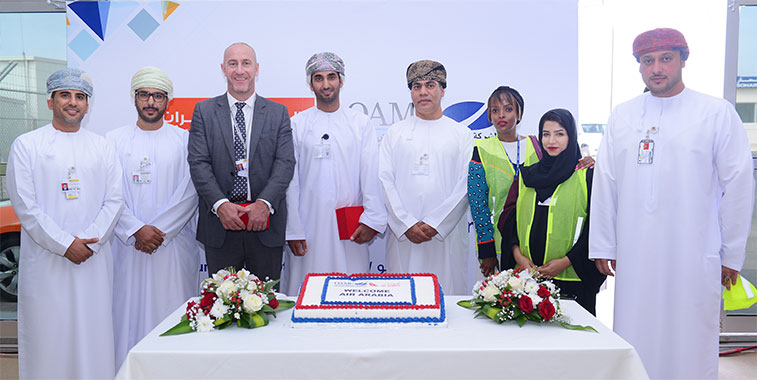 Oman Airports Management Company congratulates Air Arabia on the start of flights to Sohar Airport in Oman from Sharjah Airport in the UAE on 9 July. The three times weekly A320 service is the Omani airport’s first international flights. Sohar Airport is now able to receive 500,000 passengers annually with state of the art facilities and a runway that can accommodate A380s. 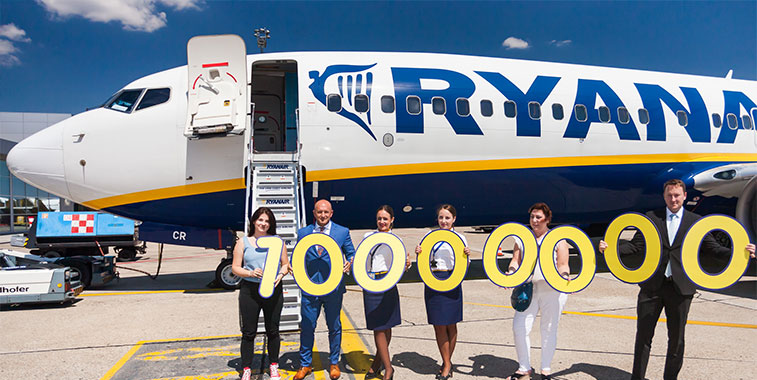 Although flights started on 1 July, the launch of Aeromexico’s service between San Jose and Guadalajara was not celebrated until 12 July, when there was a fabulous cake, fire truck water arch and gift exchange between John Aitken, Assistant Director of Aviation, San Jose Airport and Jorge Goytortua, SVP Global Sales, Aeromexico. Photo credits: Michael Restivo and Kendrick Dlima.