On 21 July Wizz Air opened its 28th base in Varna, the Bulgarian city on the Black Sea coast. The opening ceremony included flash mob dancers and a cake cutting ceremony which was conducted by Owen Jones, Chief Corporate Officer, Wizz Air, and Ulrich Heppe, CEO of Fraport Twin Star Airport Management AD (Fraport Bulgaria). With the stationing of one A320 in Varna, Wizz Air has been able to open new routes to Dortmund, Eindhoven, Larnaca, Memmingen, Milan Bergamo and Tel Aviv. The carrier already serves Varna from London Luton and Sofia. 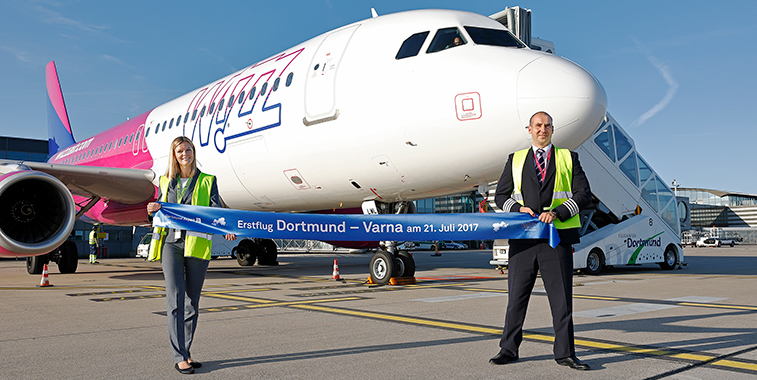 Seen celebrating the opening of Wizz Air’s new route from Varna in Dortmund on 21 July are Annika Neumann, Press Officer, Dortmund Airport and the captain of the first flight. The 1,770-kilometre route will be served by Wizz Air twice-weekly (Mondays and Fridays). Wizz Air now serves 18 destinations from Dortmund on 75 weekly flights. 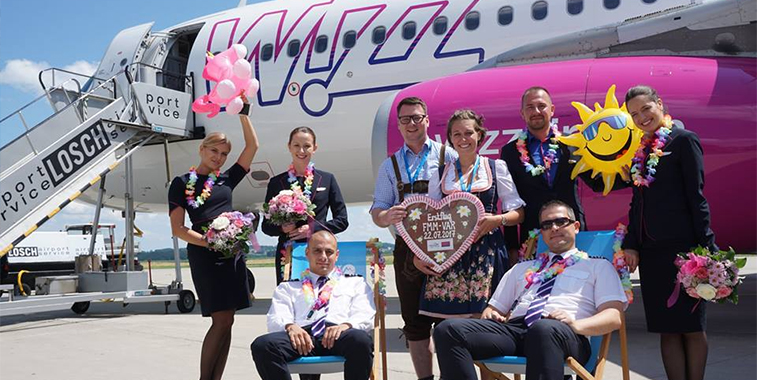 Memmingen Airport welcomed the arrival of Wizz Air’s new route from Varna on 22 July. Seen chilling out with the first flight crew in Germany are the airport’s Marcel Schütz, Director of Aviation, and Alica Ulrich, Aviation Marketing & Sales Manager. Wizz Air will operate twice-weekly (Tuesdays and Saturdays) between Varna and Memmingen. 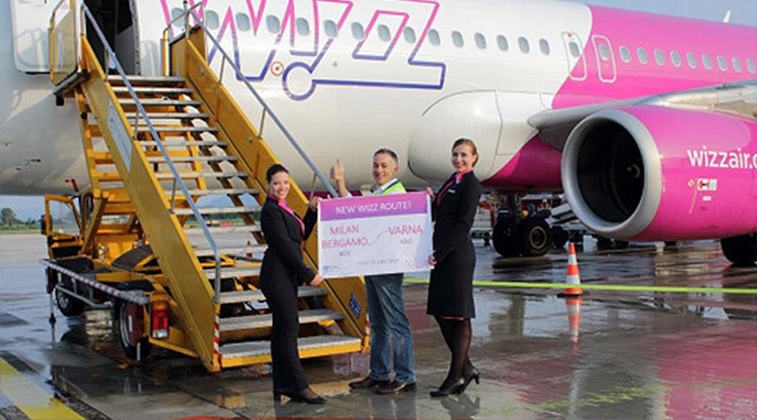 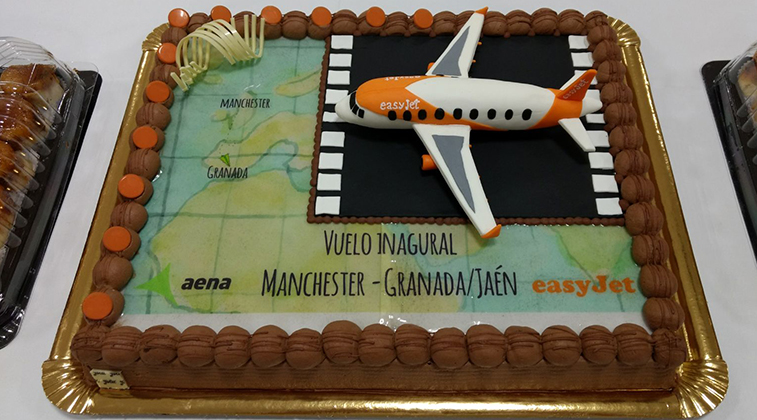 Granada Airport baked this cake to toast the start of easyJet’s new twice-weekly (Tuesdays and Fridays) service from Manchester. The 1,799-kilometre route will not face any direct competition. 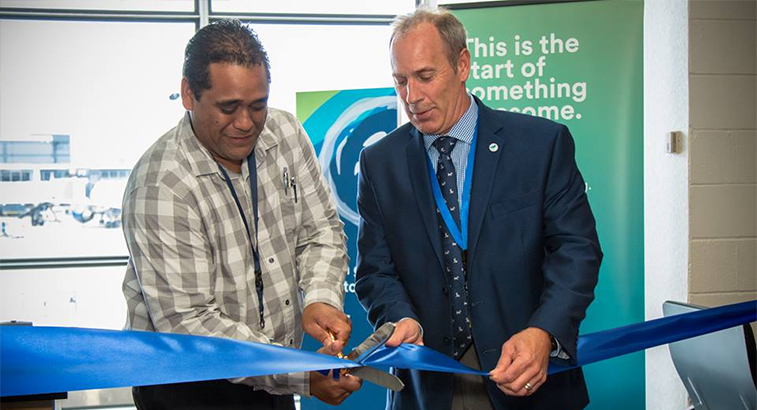 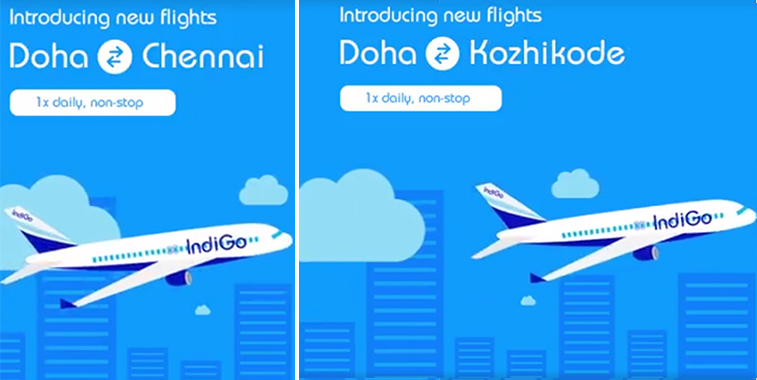 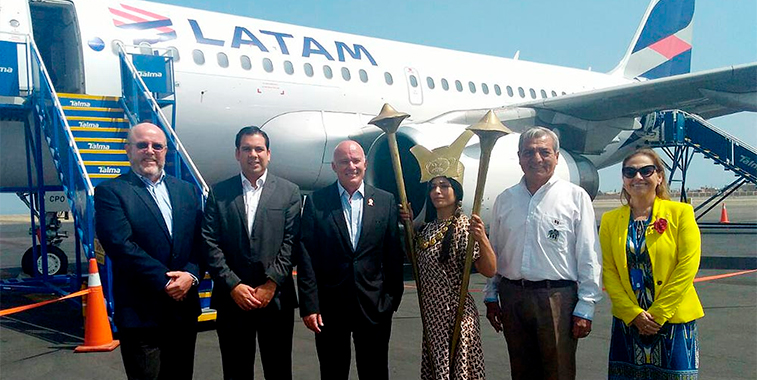 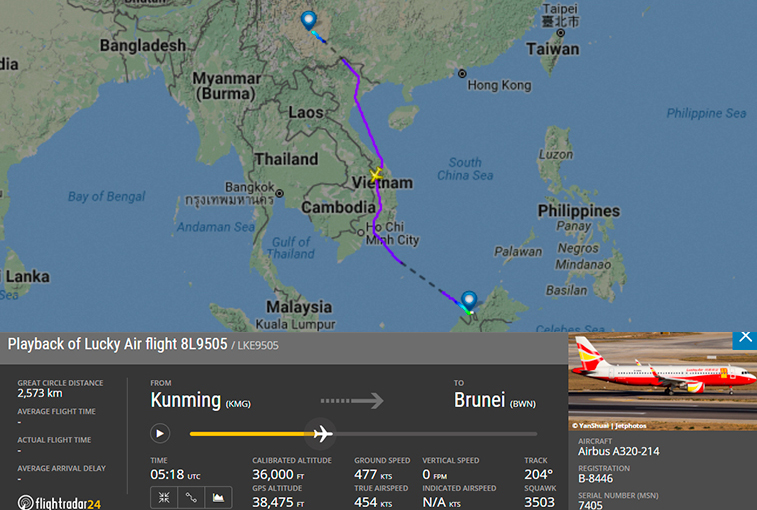 Flightradar24.com shows that Lucky Air’s inaugural service between Kunming and Bandar Seri Begawan on 18 July landed 36 minutes ahead of its scheduled 16:00 arrival time. The U-FLY Alliance carrier will operate the 2,580-kilometre route twice-weekly (Tuesdays and Saturdays) on its fleet of A320s, with no other airline offering competition. 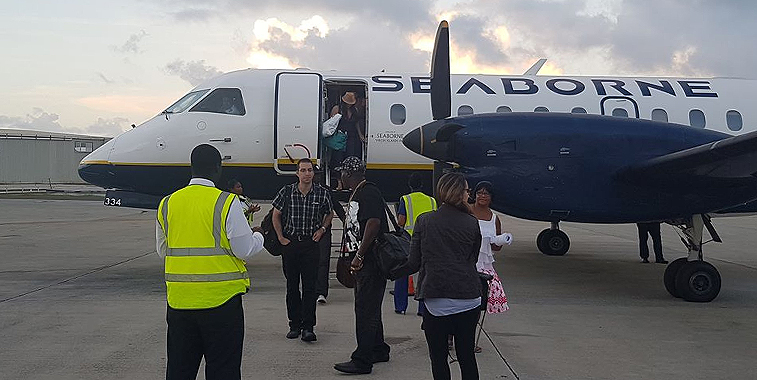 Passengers can be seen disembarking Seaborne Airlines’ first flight to Antigua from San Juan on 21 July, a route it has not operated for 13 months. The carrier will fly the 468-kilometre route four times weekly on Saab 340s. 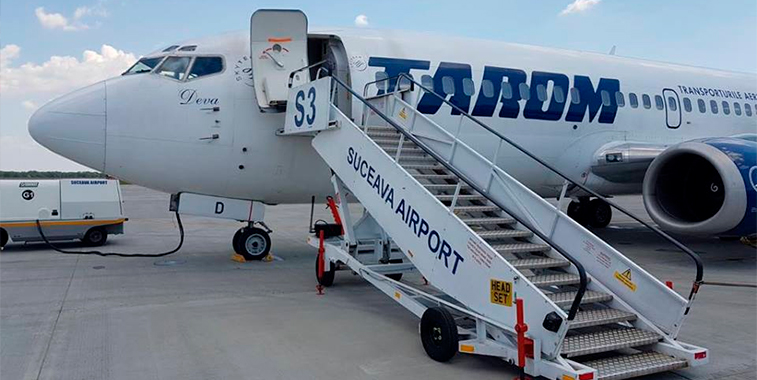 On 19 July TAROM added a weekly (Wednesdays) service between Suceava and Turin, with the inaugural flight seen here being prepared for departure to the Italian city. With this route, which will be flown on the Romanian flag carrier’s 737-300s, it marks the only service that the airline operates from Suceava on a jet aircraft, with its Bucharest service flown on a mixture of the carrier’s ATRs. The Romanian flag-carrier already serves Turin from Iasi, a route it operates three times weekly.