With S17 now in full swing, it means that a majority of this year’s summer route launches have now taken place, confirmed by anna.aero receiving just four FTWAs from airports around the world in Week 27 of the Arch of Triumph competition. However, while the number of entrants has dropped from the nine that we received last week, the average score has certainly remained above par. All the entrants this week are from Europe, with Milan Bergamo, Suceava, Granada and Varna achieving an average score of 31.1. But has this week’s winner done enough to enter this year’s top 10? And will someone be able to knock Sochi/Adler from top spot? Keep Monitoring!! 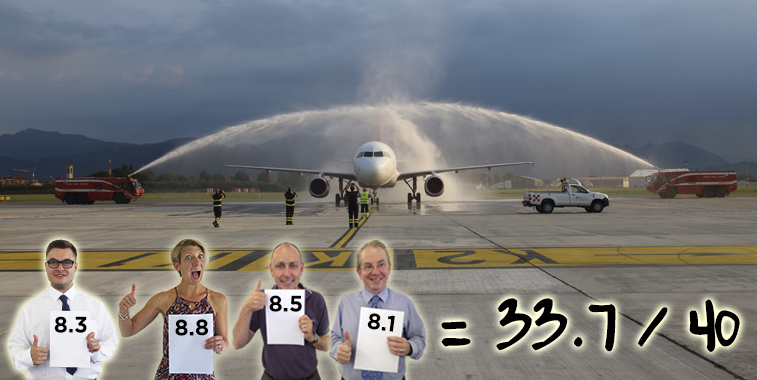 An FTWA so good everybody wants to remember it!

Judges’ Comments: It’s a good job that the marshal assisting to park Wizz Air’s inaugural flight from Varna did not have his camera out to take a snap of this winning FTWA, as the aircraft would be heading straight towards the official photographer! The firefighters at Milan Bergamo are certainly proud of this attempt, with three of the fire crew also having their cameras out to snap the moment, and too right they should be… 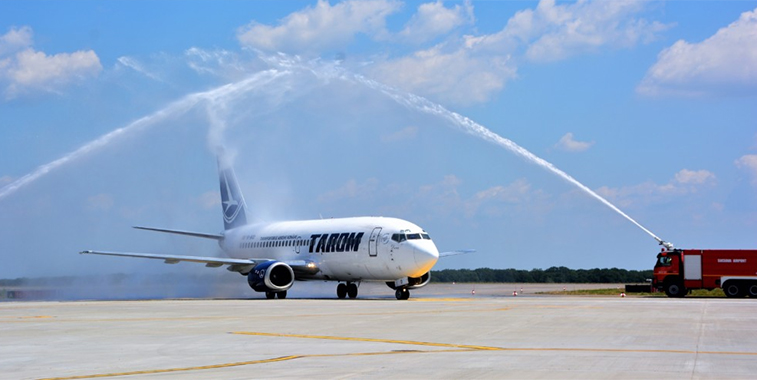 We have a camera shy tender in Suceava.

Judges’ Comments: While the right hand tender is perfectly in view for the camera, its team member must have been camera shy on the day of TAROM’s first flight to Turin. Could it have been the tender’s FTWA debut, and it got first night stage fright, costing them the title? Hopefully it will not be too shy when Suceava has to perform again… whenever that maybe… 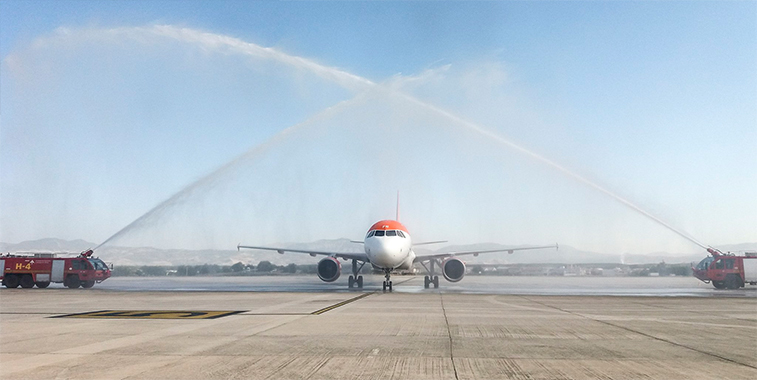 Judges’ Comments: They say that X marks the spot when looking for the treasure. In this case, Granada’s firefighters have firmly planted the X on the map for its latest new route with this FTWA. While the treasure is usually a golden gem, anna.aero is sure easyJet’s new service from Manchester is indeed that for Granada, its score is not taking gold in this week’s competition… 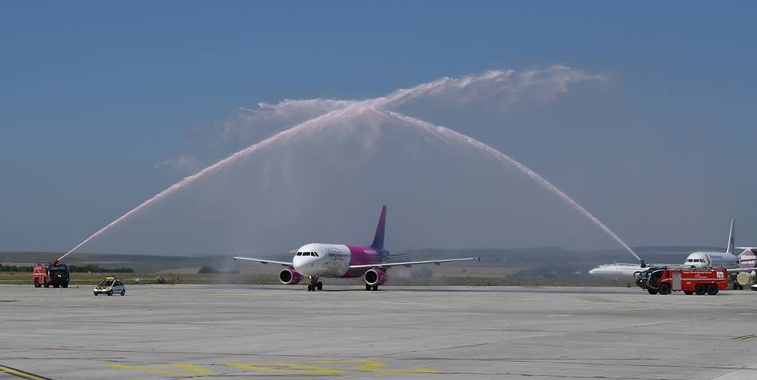 Judges’ Comments: For those of you that have travelled through Varna before (with one of anna.aero’s FTWA judges having been there recently), you’ll know that to the right side of the terminal, located airside, there is an outdoor cafe. That cafe also seems to be the target of the right hand tender’s water jet judging by its over-trajectory. Get those brollies at the ready!