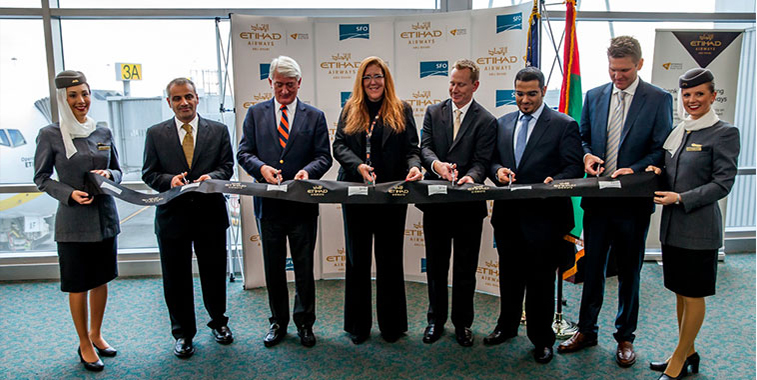 On 18 November 2014 Etihad Airways commenced flights to San Francisco from Abu Dhabi, with the inaugural flight being celebrated in spectacular style. However, after three years of operation, the carrier has decided to suspend services to the city. Looking back at past statistics, the carrier averaged a 79% load factor in 2016.

Etihad Airways has confirmed that after three years of operation it will end services between Abu Dhabi and San Francisco on 28 October. Launched on 18 November 2014 with a daily frequency, flown using 777-300s, the 13,103-kilometre sector reduced down to a three times weekly frequency in February this year, with the aircraft also being downgraded to a 777-200, of which the MEB3 member has five in its fleet. The aircraft was used on multiple occasions throughout 2016 as well on the city pair when referring to OAG schedules.

When comparing Bureau of Transportation Statistics (BTS) with capacity information given to anna.aero by Etihad when we compared MEB3 route performance to the US last year, it reveals that the Abu Dhabi-based carrier achieved an average load factor of 79% in 2016, up from the 65% that it registered the year before. One factor helping the carrier in enhancing its load factor is by introducing the 777-200 onto more and more services throughout 2016, seeing it go from a low of 52% in February to 95% in July. 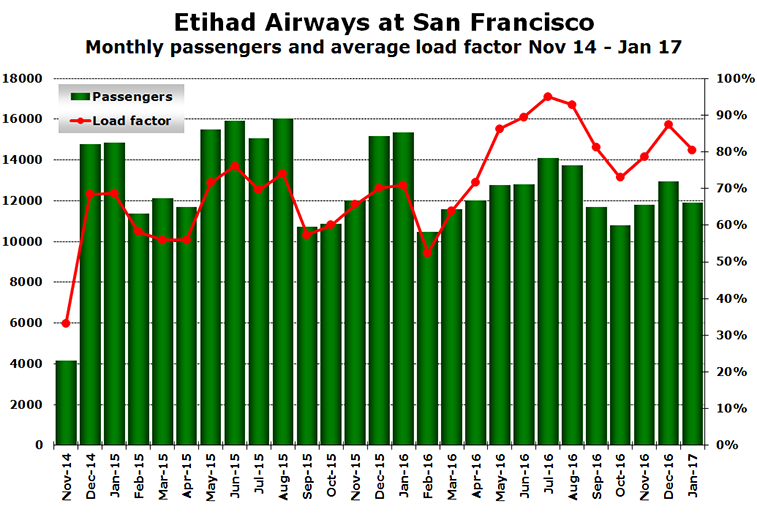 Despite the improvement in load factor by using a smaller aircraft, the amount of passengers flown worsened. In 2016 Etihad carried 150,063 passengers between San Francisco and Abu Dhabi, down 7.0% when compared to 2015. This was a trend that went against what the carrier was seeing as a whole in the US in 2016, with Etihad transporting 1.19 million people from the nation last year, up 4.0% when cross examined with figures it recorded in 2015.

Since Etihad introduced services to San Francisco in 2014, Air India and China Southern Airlines have also begun services to the city, while China Eastern Airlines (2013) and Emirates (2008) have also been new entrants during the past decade. While Etihad Airways failed to grow its passenger traffic from San Francisco in 2016, fellow MEB3 rival Emirates saw its passenger numbers climb by just 0.3% in 2016. However, it welcomed significant growth of 24% in 2015 when compared with 2014, the year that Etihad entered the San Francisco market.

On average last year Asian and Middle Eastern carriers at San Francisco saw individual traffic growth of close to 14%, an average that Etihad falls way behind of. In fact, Etihad was the worst performing Asian and Middle Eastern carrier at San Francisco in 2016 with regard to traffic growth, with Singapore Airlines (-2.6%), All Nippon Airways (- 0.5%) and Japan Airlines (-0.1%) also seeing declines in passenger levels. 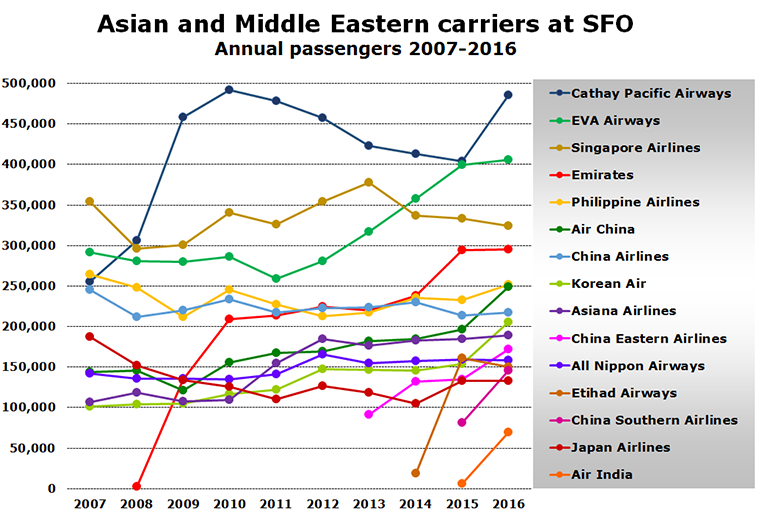 In 2015 Air India began services to San Francisco from Delhi, a route which last year welcomed 69,877 passengers, representing a load factor for the Star Alliance member of 85%. Another factor which could have made Etihad pull out of San Francisco is due to India being its number one connecting market, with roughly 108,500 passengers using the MEB3 member to connect to India via Abu Dhabi in 2016 according to OAG Traffic Analyser data. This represents over 72% of Etihad’s traffic from San Francisco. On a further note, 13% of traffic between San Francisco and Abu Dhabi in 2016 (19,400 passengers) connected to/from Delhi.

So along with declining traffic, being the worst performing carrier from the Asian and Middle Eastern region, plus intensifying competition in its largest connecting market, a final nail in the coffin for Etihad at San Francisco could have been the news that Qatar Airways is to begin services from 2018. The oneworld member is the leading MEB3 member in the US, with anna.aero’s recent analysis showing that the Qatari-based carrier is stronger than Emirates and Etihad with regard to load factor. San Francisco will become the airline’s 12th US destination, with it planning to start services to Las Vegas before the Californian city. 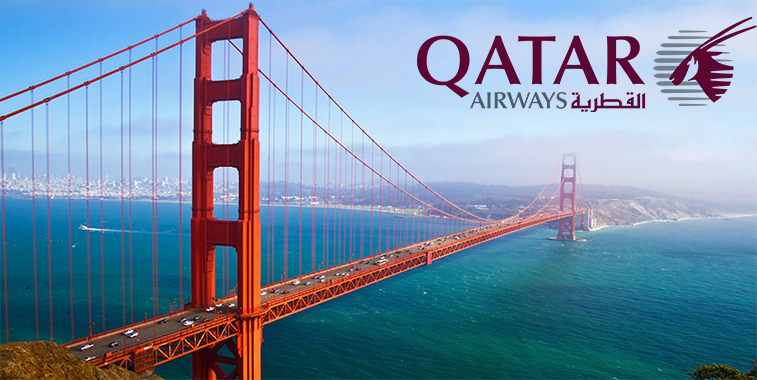 Could Qatar Airways’ arrival into San Francisco have been the final factor for Etihad Airways to cut the service? Along with this, Air India has also begun services to San Francisco since Etihad Airways began operation, with the Star Alliance member directly entering the MEB3 member’s leading transfer market.