As we enter the main summer holiday period of 2017, it is now time for airport and airline marketers and route developers to take a well-earned rest before the beginning of W17/18. It is also time for them to take some rest to gain energy to prepare for their busy meeting schedules at World Routes in Barcelona, which is only seven weeks away!! It only seems like yesterday that anna.aero’s data elves were packing up ready for Chengdu. However, while some of you are now resting, three airports from three separate continents (Asia, Europe and North America) have still been busy with route launches, and so have their firefighters. But which one has won in Week 28 of the 2017 Arch of Triumph competition? Keep monitoring!! 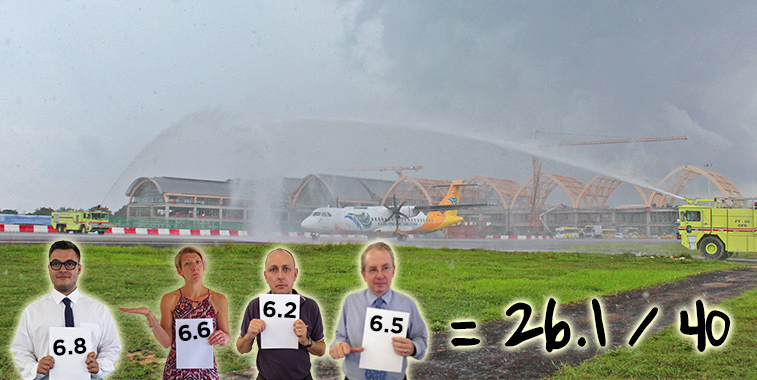 Nice bit of terminal expansion promotion with this entry from Cebu…

Judges’ Comments: One of anna.aero’s favourite airports in the world is Cebu. Why you may ask? Because without a shadow of doubt, you can guarantee a water arch entry for every route launch it has, and it has a lot of them, with this being its 12th FTWA entry this year!! No wonder it needs to expand… 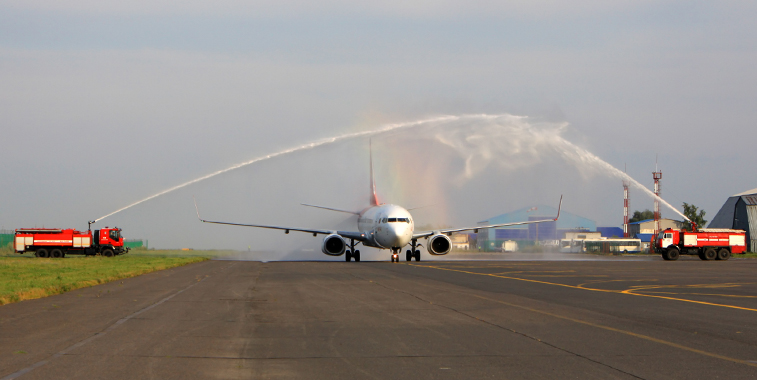 Left-hand tender: “Mine’s bigger than yours!”

Judges’ Comments: In a classic example of the saying ‘boys and their toys’ (and also girls), it is all about the firefighter power battle in this FTWA attempt. It is known that airport firefighters regularly dote excessively with their nozzles to get the greater jet, and it seems that the left-hand tender at Zhukovsky has won the battle this time… 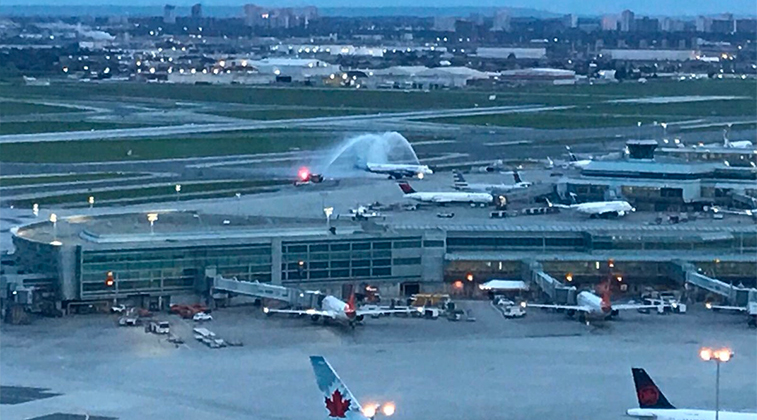 Is the photographer at Toronto Pearson aquaphobic?

Judges’ Comments: Never has an FTWA been photographed from so far away, with this shot spoiling and not giving credit to what looks to be a fairly good water arch. For the next route launch, we think it would be best if Toronto Pearson went for a photographer that is not afraid of water to capture the moment…