There was impressive celebrations at Lisbon Airport on 26 July to mark the start of non-stop flights to China with Beijing Capital Airlines. The three times weekly A330-200-operated flight serves Beijing, but also offers a same-aircraft through flight to Hangzhou. There was a cake, speeches, dragons. a ribbon cutting ceremony, and a welcome arch for passengers to walk through before boarding the return flight to Beijing. Macau Airport welcomed Beijing Capital Airlines’ inaugural service from Beijing on 25 July. The celebrations featured a ribbon cutting ceremony inside the terminal and a welcome banner on the apron. The route, which will be flown four times weekly, will face competition from Air Macau’s existing three times daily service. 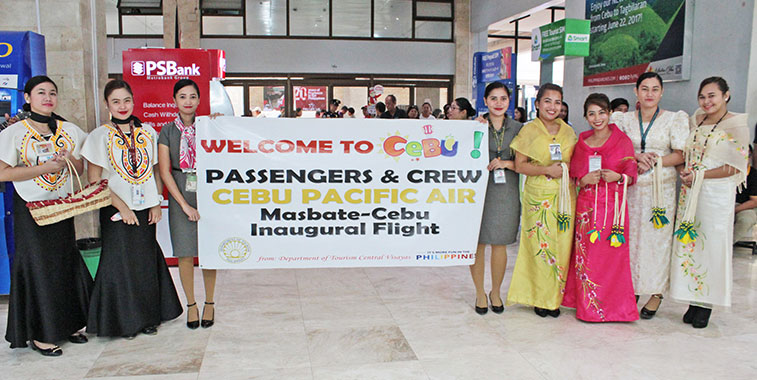 Passengers on the inaugural flight with Cebu Pacific Air from Masbate to Cebu were welcomed with this banner at Cebu Airport. This brings to 22 the number of domestic routes served by the carrier from the latter airport. 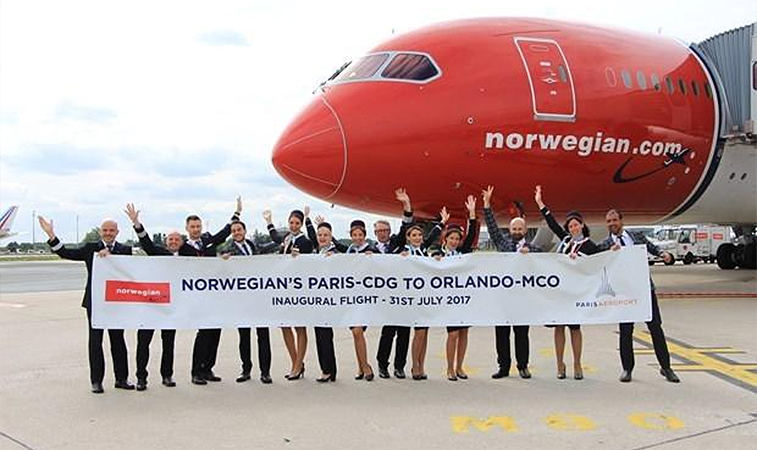 Norwegian, along with Paris CDG, celebrated the start of the carrier’s new weekly (Mondays) service between the French capital airport and Orlando on 31 July. The route opening ends a five-year hiatus of services on the airport pair that was last flown by Air France in 2012. The SkyTeam carrier flew the route for just one-year looking at OAG schedules. 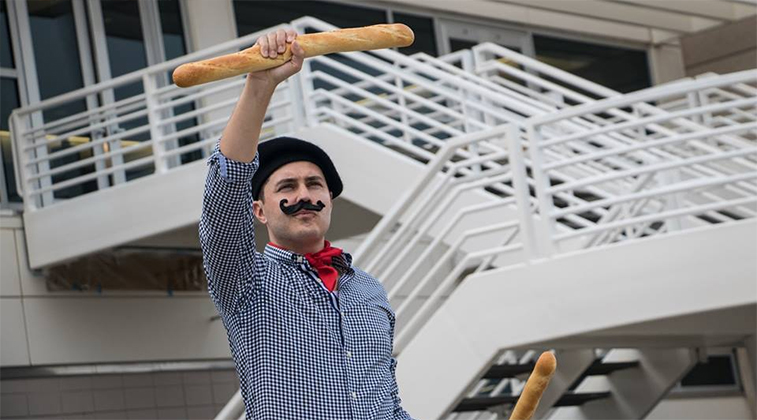 In preparation for the return of direct flights from the French capital, Orlando Airport introduced a special marshalling training programme to prepare the ground staff welcoming the inaugural flight on 31 July. The route from Paris CDG to Orlando will be flown by Norwegian weekly (Mondays) and ends a five-year hiatus of services on the route which was last flown in 2012 by Air France, a route that the French carrier operated three times weekly on 777-200s. Pegas Fly commenced a three times weekly operation between Moscow Zhukovsky and Baku on 27 July, with the Russian airport celebrating the new route in the best possible way, with cake! Seen cutting the calorific wonder are Evgeny Solodilin, Deputy General Director at Moscow Zhukovsky Airport, and Alexander Sukhorukov, PR Director of Pegas Fly. The 1,889-kilometre route will be flown on 737-800s, of which the carrier currently has two.