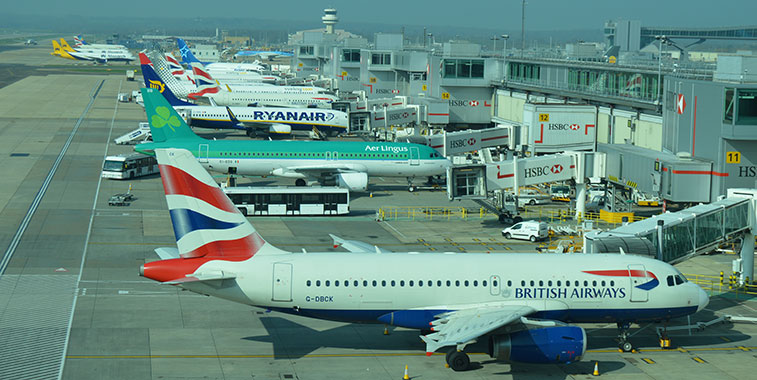 In terms of total passenger numbers through airports, the US is by far the biggest country market with China now well established in second place and gaining. However, both of these large countries are dominated by huge domestic markets which make up the majority of the traffic operating from the nations’ airports. What if we consider only international services? Which country comes out on top then? The result, maybe surprisingly, is the UK. It leads the US, Germany, Spain and China for international seat capacity in S17 according to our analysis of OAG schedules. Six of the top 10 countries for international seat capacity are in Europe, with the UAE and Japan the other non-European countries alongside the US and China. All but one of the top 20 country markets are registering capacity growth this summer, the exception being the UAE where seat capacity is down almost 1%. The only top 20 countries registering double-digit growth are India (+10.1%) and a resurgent Russia (+19.9%). Those highlighted in light green are nations outside of Europe. 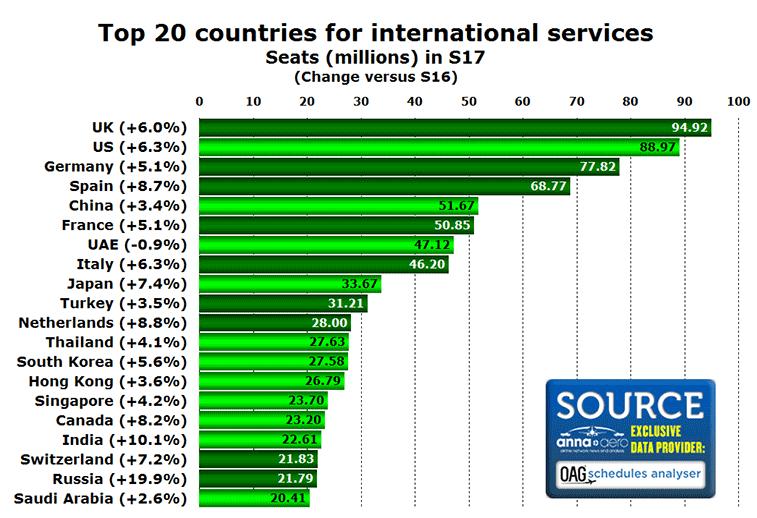 Looking at scheduled seats on international flights this summer reveals that Ryanair has an impressive lead over its nearest rival, offering 53% more seats than easyJet. Since last summer easyJet has overtaken Emirates to move into second place when using seats as the key indicator. Of the top 15 international airlines, nine of them are based in Europe with five being flag-carriers and four being pan-European LCCs. Of the six non-European airlines (highlighted in light green), four are based in North America (three in the US and one in Canada), with the other two (Emirates and Qatar Airways) located in the Middle East. Note that no Chinese carrier has made the top 15 with China Eastern Airlines ranked just 26th ahead of China Southern Airlines (29th) and Air China (31st). 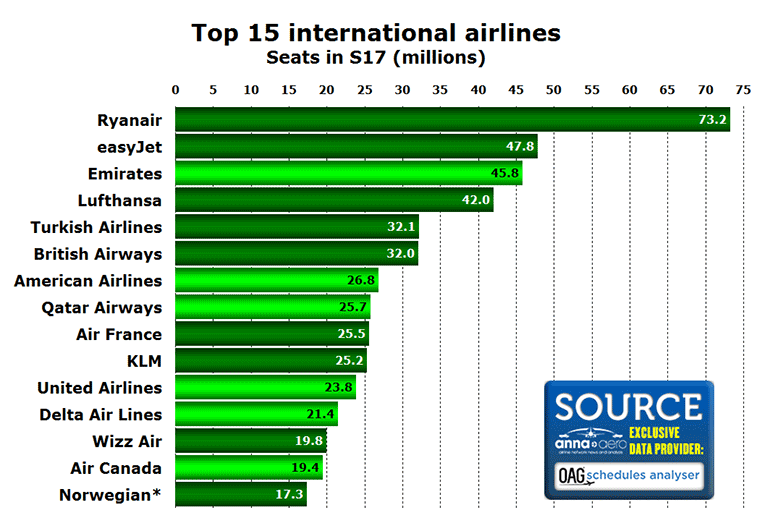 If we expand our analysis to the top 40 international airlines and look at their capacity growth in S17 versus S16, not only is Ryanair ranked #1 but it is also the fastest-growing of the top 10 airlines. You have to go down to 13th ranked Wizz Air to find a faster-growing airline in percentage terms. The Hungarian-based ULCC is just one of three airlines in the top 40 growing its international capacity by more than 20% with the others being Eurowings and Saudi Arabian Airlines. Of the top 40, 11 are reporting capacity cuts (highlighted in red) when compared with S16, though none by more than 4%. One quarter of the top 40 airlines are planning international capacity growth of more than 10% this summer, including four European flag-carriers (Aeroflot, Austrian Airlines, KLM and TAP Portugal) and Air Canada. 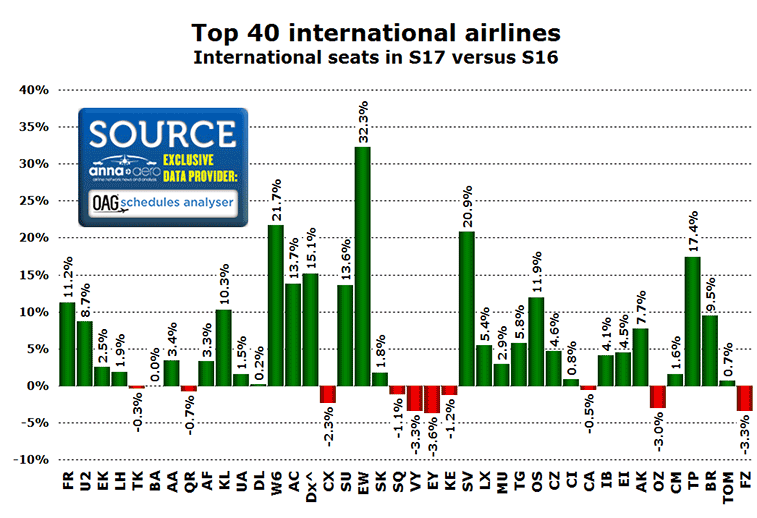 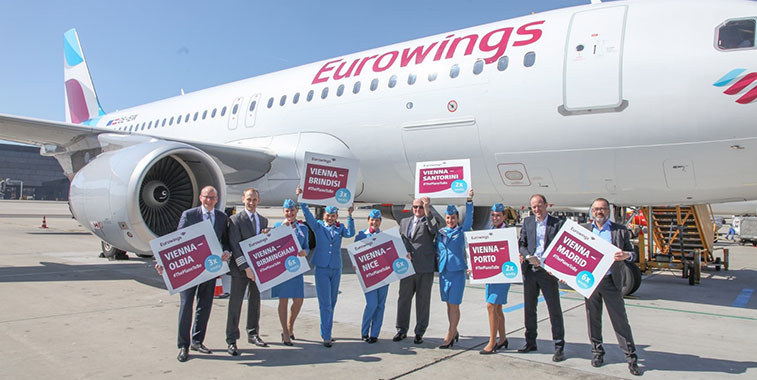 Lufthansa subsidiary Eurowings has been growing quickly this summer with capacity up by 32% when compared with last summer if we include operations performed on its behalf by germanwings. Its Vienna base welcomed several new European connections at the start of the S17 season, including Birmingham in the UK, the largest nation for international seats this summer, the same ranking that it had in S16.