Turkey’s newest airport on man-made island at Ordu-Giresun set to handle over one million passengers in 2017; domestic routes dominate 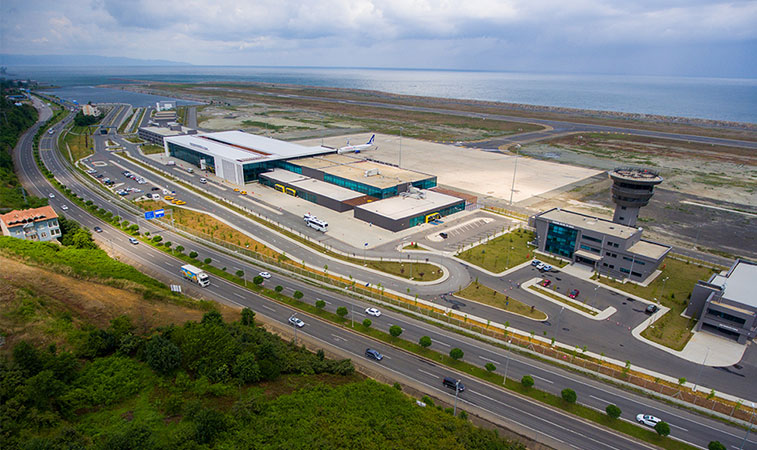 Opened in May 2015 with a 3,000-metre runway built on an artificial island, Ordu-Giresun Airport on Turkey’s Black Sea coast is set to handle over one million passengers this year, primarily on routes to Istanbul and Ankara. However, the airport is welcoming a growing a number of non-stop international services this summer to German destinations.

Opened for commercial operations in May 2015, Ordu-Giresun Airport lies on Turkey’s north coast between the towns of Ordu and Giresun. Built on a man-made extension to the coast, the airport handled just over 750,000 passengers in its first full calendar year of operations in 2016. So far, in the first half of 2017, demand is up by 56% to 491,293 passengers, suggesting that the airport should easily become the latest Turkish airport to break through the one million passenger mark later this year. The airport’s busiest month so far has been March, when just over 92,000 passengers used the facility. 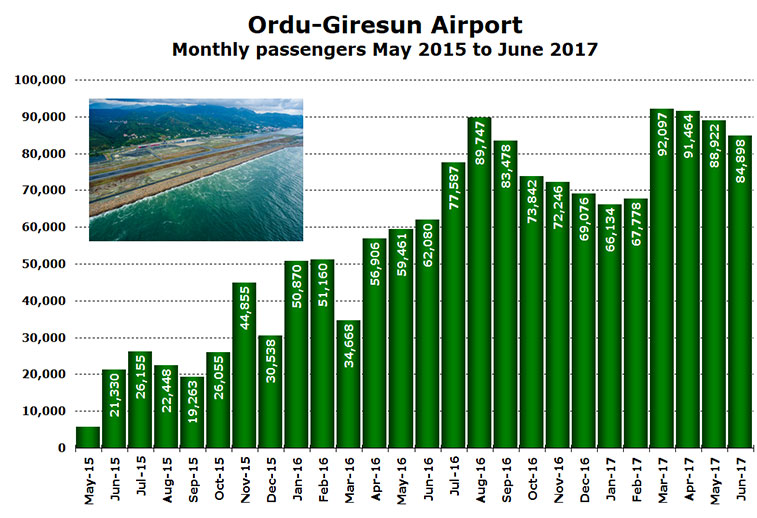 At present, all other scheduled services are low frequency flights to destinations in Germany. Turkish Airlines and SunExpress operate the majority of these, though Eurowings and Pegasus both operate weekly flights to Cologne Bonn. The Eurowings service began on 6 August while Turkish Airlines’ weekly Berlin Tegel operation began on 2 August. Both of these are seasonal services. 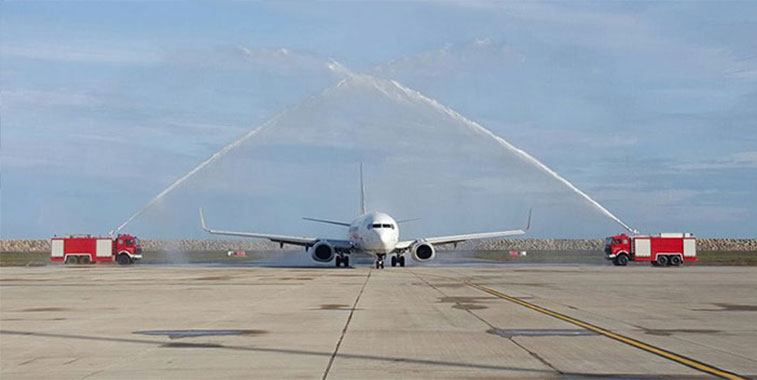 Pegasus Airlines became the second scheduled airline to serve Ordu-Giresun in November 2015 with flights from Istanbul Sabiha Gökçen. Along with this route, the carrier also operates a weekly (Thursdays) flight to Cologne Bonn this summer, as well as three weekly flights to Ercan in North Cyprus.