787: Living the dream with amazing new routes? (Or just another great replacement aircraft?) 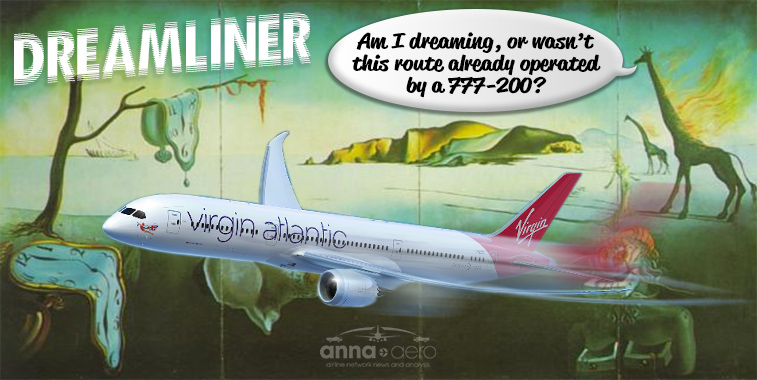 The prime driver of the 787 business case was that it would pioneer previously undreamt of long and thin city pairs. But, of the near-1,000 routes operated today, less than 17% fall into this revolutionary previously “unserved” category.

When it entered commercial service with All Nippon Airways in 2011, used initially on several flights between Tokyo Narita and Hong Kong, the 787 was considered a game-changer that would operate ultra-long-haul thin routes up to 15,700 kilometres, such as New York to Singapore, or Delhi to Buenos Aires, or Istanbul to Sydney. However, the 787 is not yet operating a route above 14,000 kilometres, with the longest 787 service currently flown being United Airlines’ 13,575-kilometre link from San Francisco to Singapore, a route launched on 1 June 2016. So how revolutionary in terms of route development has the 787 really been since its introduction? 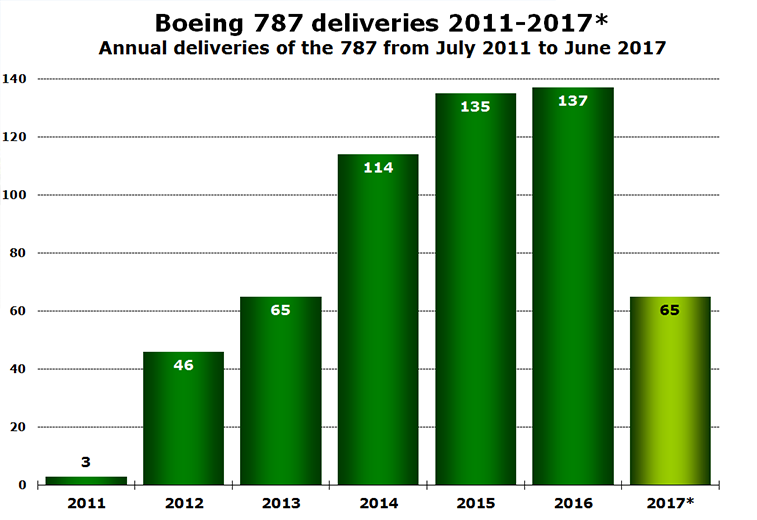 The first 787-10 is scheduled to be handed over to Singapore Airlines in early 2018 however, it has not yet been stated what routes will be operated by this new piece of metal. OAG schedules show that by the end of 2017, there will be 39 airlines operating the 787 on 983 routes. The breakdown of the 787’s development in regards to operators, number of routes, and average sector length can be seen below.

The prime driver of the Boeing business case for the 787 was to allow for routes which were previously not financially viable for a larger aircraft, particularly long and thin city pairs, to become realistic. However, of the 983 routes operated today, how many have been opened because of the supposed ground-breaking economics of the 787? The answer is a grand total of 140 new routes (up until 31 July 2017), with the latest being Norwegian’s new link between Paris CDG and Orlando which started on 31 July. In total, 71 787 routes will be launched in 2017, of which 53 will be new (presumably “revolutionary”) non-stop, currently unserved city pairs, with 14 already being served by other airlines and the remaining four being new one-stop routes operated via an existing 787 service (a good example of this is Ethiopian Airlines’ new route to Oslo Gardermoen, which is flown via its existing operation to Stockholm Arlanda). This means that by the end of 2017 only 17% of 787 routes will represent brand new airport pairs. (The 17% – or 163 routes – includes a further 23 new unserved routes still to open this year with 787 service – the bars highlighted in light green below indicate the new 787 routes that are still to launch.) 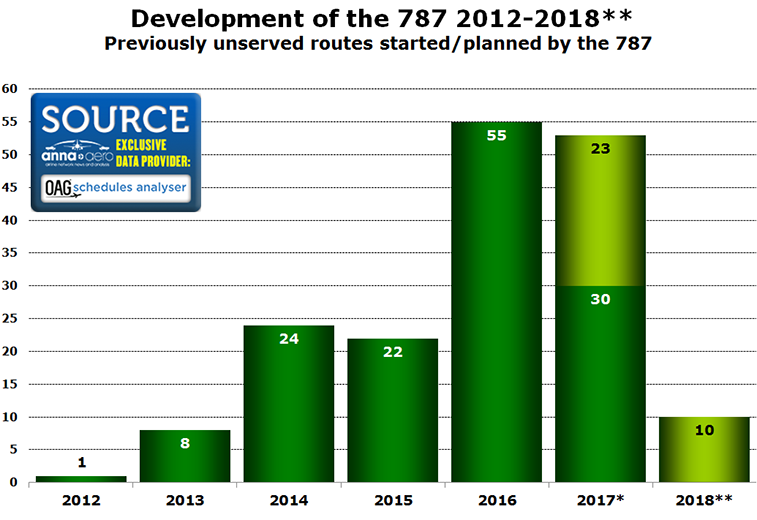 But while the vast majority of 787s seem to have been used to replace old aircraft on existing services, the number of brand new routes is beginning to accelerate. In 2016 there were 55 new, previously unserved airport pairs opened by the 787, compared to 2015 when there were just 22 routes. At the moment, the total for 2017 is three less than 2016, but some services for winter could still be announced. For 2018, 10 currently unserved routes are scheduled to be opened with a 787 service, with a further four also planned, although these routes are already flown by other carriers. The latest 787-operated route announcement was on 8 August, when British Airways confirmed it would begin a five-times weekly service between London Heathrow and Nashville on 4 May 2018. 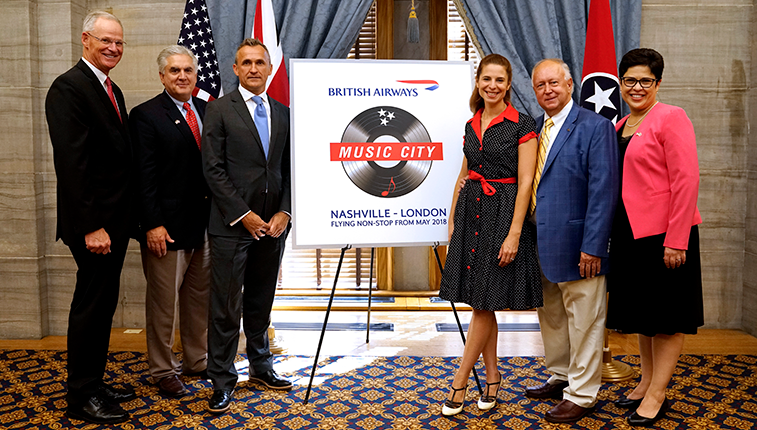 Along with BA’s new route to Nashville, the rest of 2018’s new 787-exclusive routes are shown in the table below. Without a shadow of doubt, the most anticipated of these is scheduled to begin on 24 March 2018, when Qantas will start daily 787 services between Perth and London Heathrow, the first non-stop service between Australia and Europe, ever! According to OAG – which just measures the straight line distances between cities rather than the actual flight path taken – this route measures 14,499 kilometres, making it the world’s second-longest route. In relation to 787-operated services, it will overtake United Airlines’ planned 14,096-kilometre link between Los Angeles and Singapore, which the Star Alliance member starts on 27 October. The longest flight in the world, in relation to city pair distance, is currently held by Qatar Airways for its Doha to Auckland sector, with this route being 14,526 kilometres (and flown by a 777-200).

These 10 routes have an average sector length of 8,820 kilometres, way above the 5,282-kilometre average recorded for 787-operated routes in 2017. The leading carrier for launching 787 routes that are not yet served for 2018 is Norwegian, with it opening six of the services.

Looking at the current 787 global network, Tokyo’s Haneda and Narita airports are the world’s leading gateways when it comes to the 787. Between them, the two airports both handle 580 weekly departures. Overall this means that 8.8% of weekly departures from Tokyo in S17 are flown by 787s, down from the 9.1% share of departures the aircraft had from the Japanese capital in S16. Those airports highlighted in light green below indicate airports which have seen a reduction in weekly 787 departures during the past 12 months. This summer the 787 is operating at 232 airports around the world. 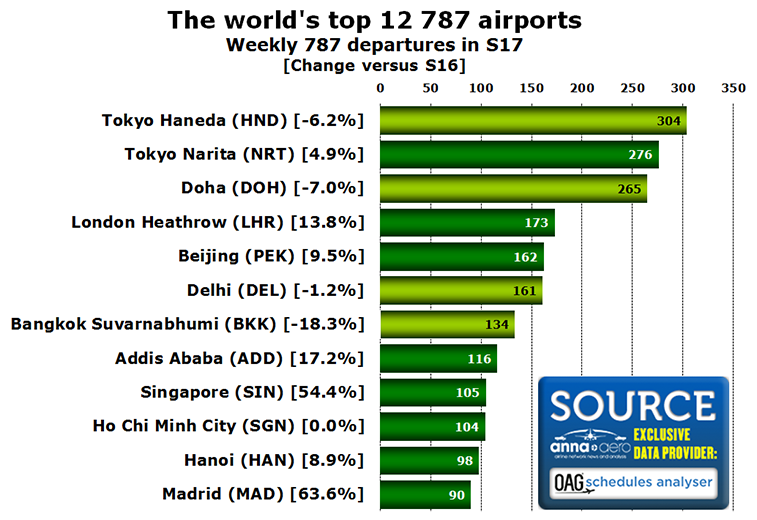 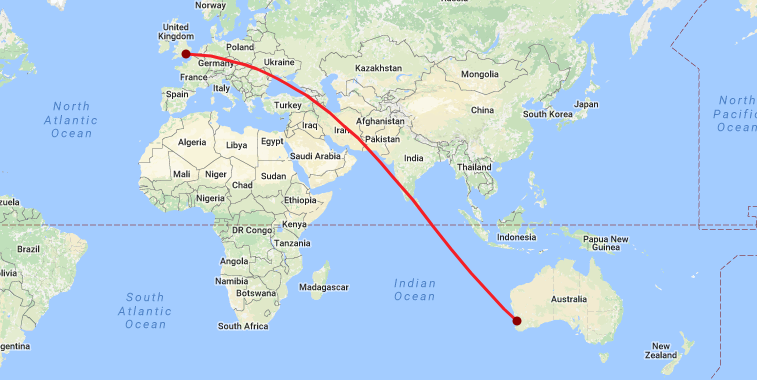