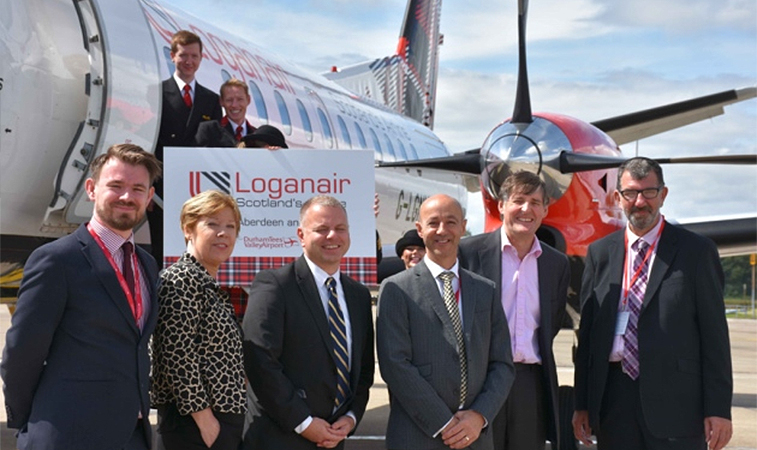 On 7 August, Loganair announced that from 15 October it will begin serving Durham Tees Valley in the UK, with flights from Aberdeen (three times daily) and Norwich (six times weekly), with both being served on its Saab 340s. Seen at the route announcement are: Chris Harcombe, Head of Aviation Development, Peel Airports; Kay Ryan, Commerical Director, Loganair; Jonathan Hinkes, MD, Loganair; Steve Gill, CEO Peel Airports; James Ramsbottom, Chief Executive of North East Chamber of Commerce; and Chris McEwan, Cabinet Member for Economy and Regeneration, Darlington Council. Harcombe said of the news: “Attracting a well-established airline such as Loganair is exactly in line with the strategy we set out in the business plan for Durham Tees Valley, which is to concentrate on supporting and developing services focused on the business community.” The routes will operate in codeshare with bmi regional.