Mexico sees traffic growth of 13% in first half of 2017; Aeromexico and Volaris still fighting for #1 in domestic market; Interjet now serves Canada 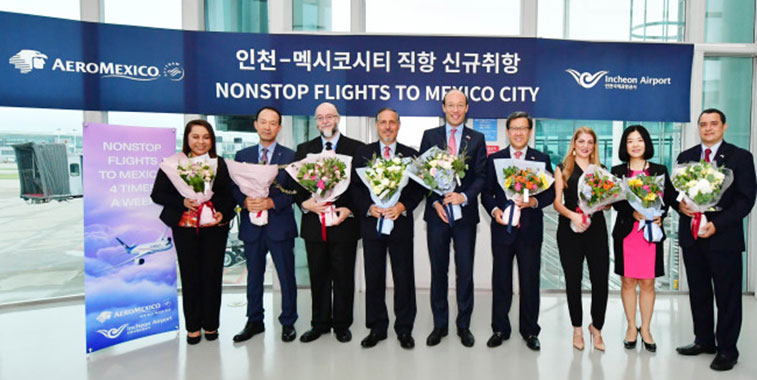 On 2 July Aeromexico expanded its intercontinental network with the introduction of a four times weekly service to Seoul Incheon, operated by the SkyTeam carrier’s 787-8s. Mexican carriers have gradually been growing their share of international traffic from Mexican airports. In the first half of 2017 they now account for 28% of international traffic.

Demand for air travel to, from and within Mexico continues to grow significantly. In 2016 domestic traffic grew by 12.5% to 41.8 million passengers, which was down only a little on the 12.9% growth recorded in 2015. After indicating growth of 12.0% in 2015, international traffic grew a little less quickly in 2016, up 8.3% to just over 39 million passengers. In the first six months of 2017 domestic traffic has again grown by 12% while international traffic has surged ahead with demand up by almost 15%, thanks in part to the re-timing of Easter into April which resulted in a 22% increase in international demand that month. 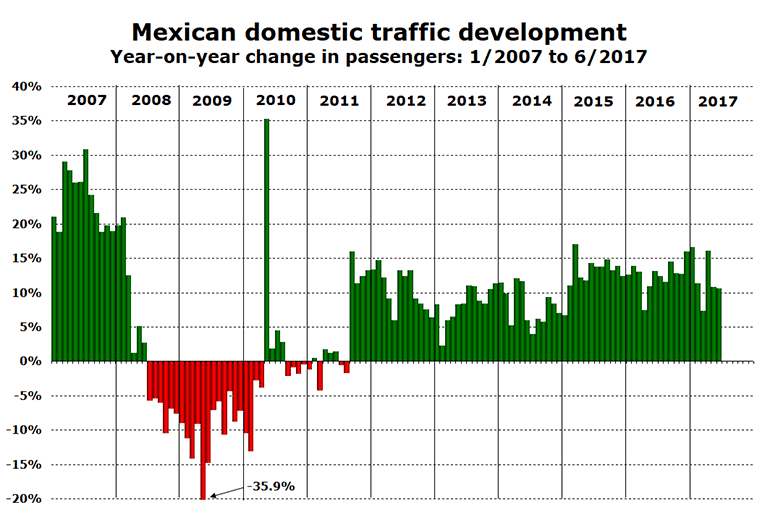 Latest government figures for June 2017 show that Aeromexico and its Connect subsidiary carried 29.7% of passengers, just ahead of Volaris with 25.9%. The LCC’s share has fallen five percentage points since reaching a peak of 30.9% in January. The airline growing its share the most is VivaAerobus, which has seen its percentage of the domestic market increase by almost three points during the same period from 15.0% to a record 17.7%. LCCs continue to account for around 65% of the domestic market.

Mexican airlines getting close to 30% of international market

Mexico’s airlines continue to grab a growing share of the international market. While foreign carriers grew their passenger numbers in the first half of 2017 by 13%, local carriers saw demand for international flights surge by 19%, giving them around 28% of the total market. Notable new international services launched by Mexican carriers in 2017 include Volaris serving Miami from Guadalajara and Mexico City, and also linking the latter to Houston Intercontinental and New York JFK. The LCC has also begun a Guadalajara to Milwaukee service and connected Queretaro with Chicago Midway and Los Angeles. Aeromexico has added Calgary, Detroit and Seoul Incheon to its Mexico City network while also linking Guadalajara to San Jose in California. At the end of July Interjet launched services to Canada, connecting Cancún and Mexico City with Montreal and Toronto Pearson. 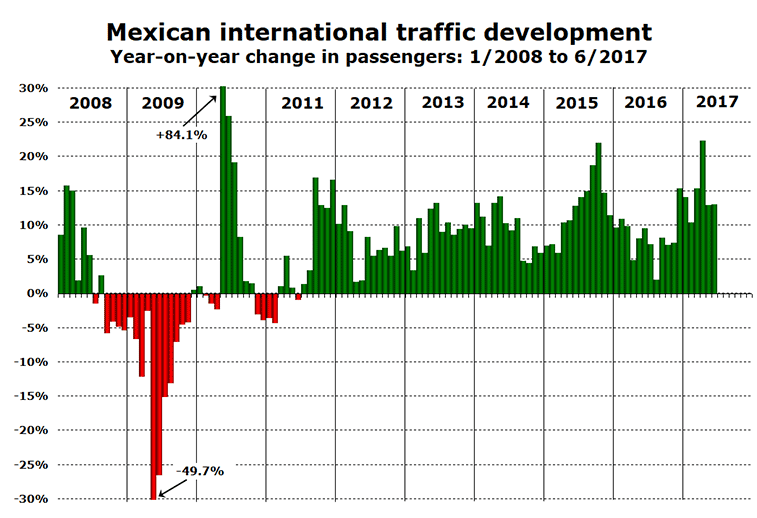 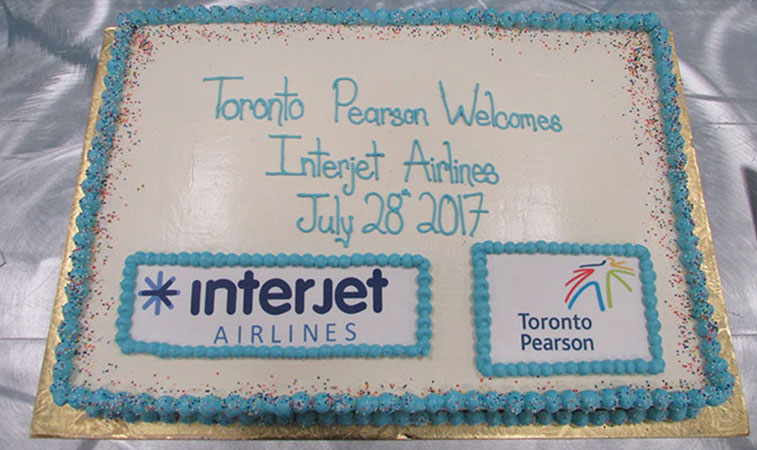 Interjet has become the newest Mexican carrier to serve Canada. At the end of July it began serving Toronto Pearson and Montreal from Cancún and Mexico City using its A320s.