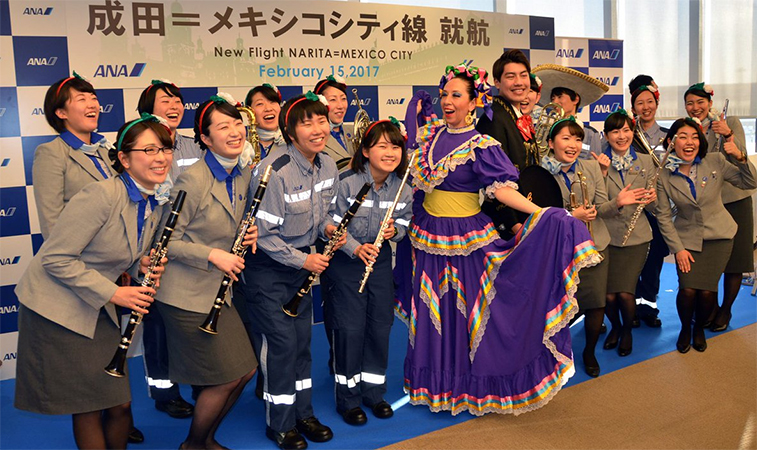 All Nippon Airways launched flights to Mexico City on 16 February. The carrier for H1 2017 is reporting a 8.7% rise in international passengers to 4.61 million, growing four times faster than its Star Alliance rival Japan Airlines which only reported an upswing of 2.1% to 4.15 million. However, the latter performed better in regards to domestic growth.

All Nippon Airways (ANA) in the first half of 2017 welcomed a little under 20.7 million passengers on Japanese domestic services, up 3.9% (780,000 passengers) on its performance in H1 2016. Japan Airlines (JAL) performed better than its Star Alliance rival, with it seeing a 5.4% (815,000) rise to over 16 million domestic passengers for the first six months of this year. What is interesting to note is that April marked the first month since March 2014 when domestic traffic outperformed the international sector with regards to growth for both ANA and JAL combined, with it witnessing a 4.6% rise compared to the international sector which grew by 4.3%. May (domestic up 9.8%; international 2.5%) and June (5.8%;0.5%) also followed suit. 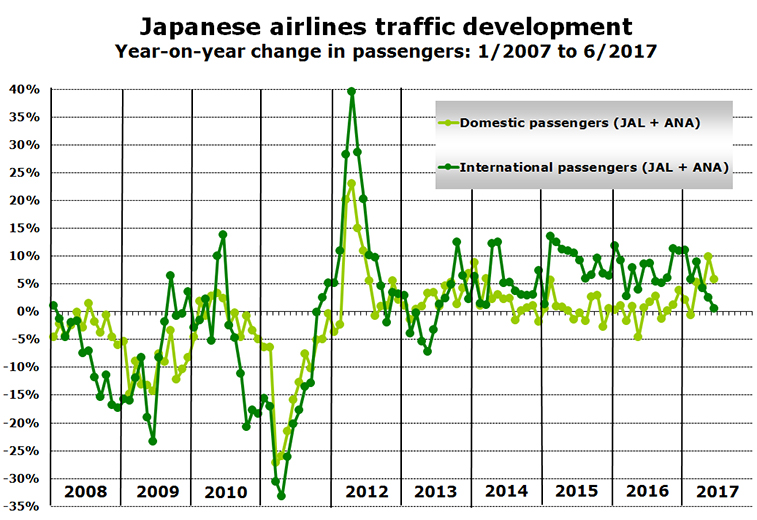 While JAL has seen a better H1 2017 than ANA with regards to the domestic market, the latter carrier is way out in front in relation to the international sector, with ANA registering a 8.7% (370,000 passengers) rise in non-Japanese passengers for the period. This is four times better than JAL which only recorded a 2.1% rise (87,000). Overall when we combine both sectors, ANA’s traffic has increased 4.8% to 25.3 million passengers for the first six months of this year, and JAL 4.7% to a little under 20.2 million.

This August international seat capacity to Japan is up 6.7% when referring to OAG schedules. Among Japan’s leading international carriers, the one that stands out for growth is Jeju Air (new to the top 12 and highlighted in light green below), with it increasing its monthly seat capacity to Japan by 51%. One reason for this increase is due to the carrier’s new daily service between Busan and Tokyo Narita, which it launched last winter. 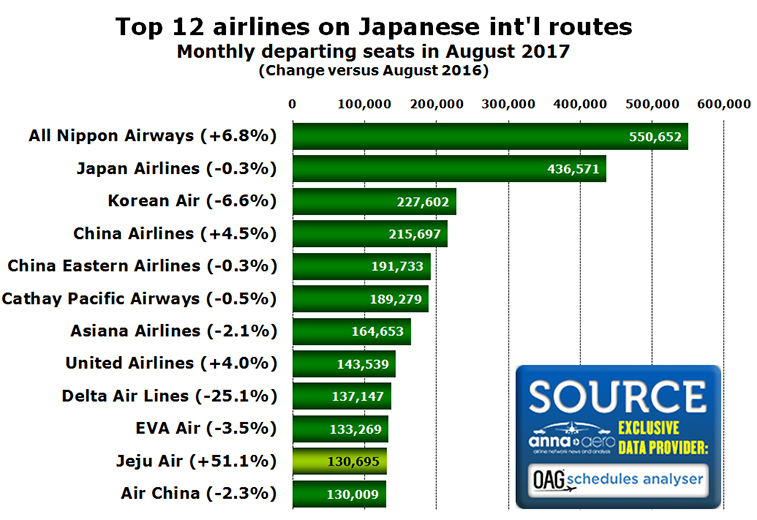 ANA continues to show that its network development is concentrated on the international market, with it growing its monthly international seat capacity this summer by 6.8%, while JAL is down 0.3%. One airline that has left the top 12 is Thai Airways, despite the Star Alliance member indicating a 3.3% rise in monthly seats this August.

With regards to the domestic market, ANA is still the leader with 42% of capacity, followed by JAL on 28%. This means that both carriers combined have a 70% market share of the domestic sector. The third leading carrier on the intra-Japanese market is Skymark Airlines which has 5.8% of seats, followed by Jetstar Japan (4.1%) and Air Do (3.1%), a carrier that works in co-operation with ANA. Overall domestic capacity has increased 3.6% to just under 13.2 million one-way seats.

Seat capacity between Japan and South Korea has increased by over 27% during the past 12 months, resulting in the latter nation overtaking China to become Japan’s leading international country market. China has seen  a 1.1% cut in capacity when compared to last summer. In S16 China recorded a 6.8% growth when compared to S15, while its capacity surged the year before that by over 30%. Of the top 12, four nations are showing a downturn in seat capacity, while six are showing an increase of above 10%. Overall the top 12 nations account for 87% of all international seat capacity this summer. 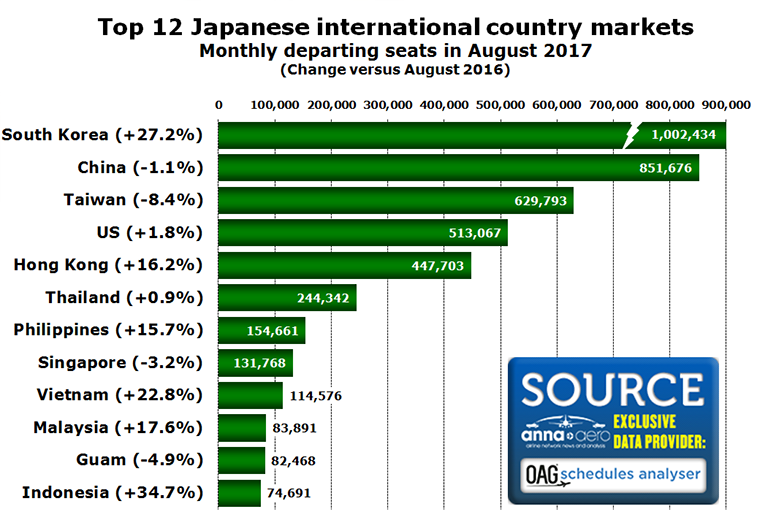 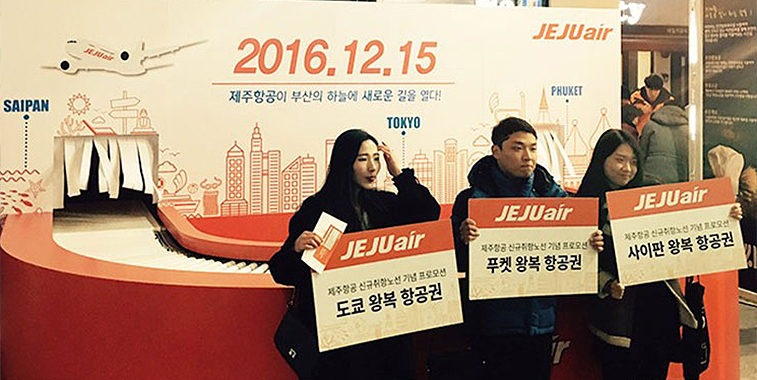 Jeju Air is one of the fastest-growing international carriers in Japan this summer, helped with it introducing a new daily service between Busan and Tokyo Narita in December. Overall the carrier’s monthly seat capacity to Japan has increased by over 51% when compared to S16, while overall international seats have increased to Japan have grown 6.7%.