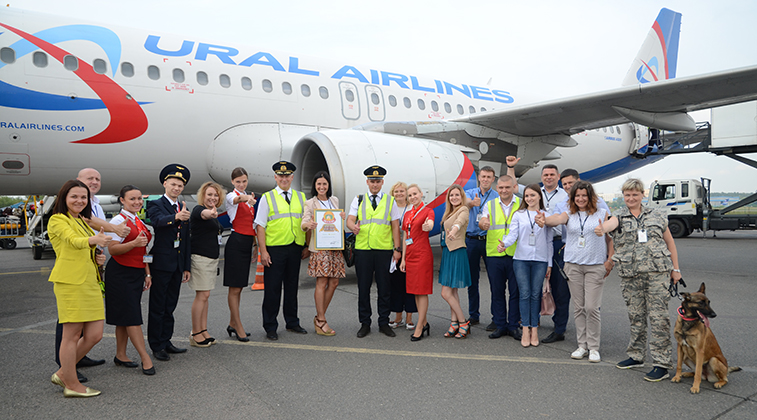 Moscow Zhukovsky Airport this week celebrated being crowned Cake of the Week champion, given for the Georgian flag-themed cake it produced for Ural Airlines’ inaugural service to Tbilisi. Seen celebrating with the award are the airport’s Aviation Commerce, Non-Aviation Commerce and Security Department representatives, plus Ural Airlines staff. In total Ural Airlines now operates six scheduled routes from Zhukovsky. 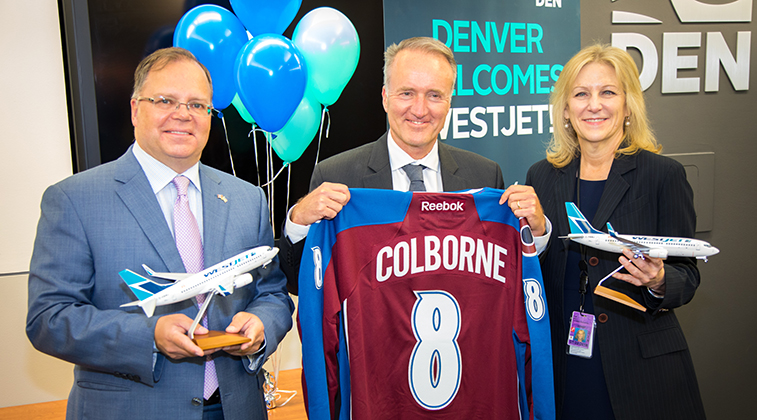 On 14 August Denver Airport celebrated the news that WestJet will begin serving the airport from 8 March next year. The carrier will offer a daily service between Calgary and the Mile High City. Seen at the route announcement are: Stéphane Lessard, Consul General of Canada in Denver; Ed Sims, EVP Commercial, WestJet; and Kim Day, CEO Denver Airport. “WestJet is an airline we have long courted, and we are pleased the carrier has chosen Denver as its newest transborder destination,” said Day at the launch. Bob Sartor, President and CEO of Calgary Airport, said of the news: “This announcement of non-stop service to Denver, Calgary’s sister city, is a welcome addition to the 56 destinations that WestJet currently serves out of Calgary.” 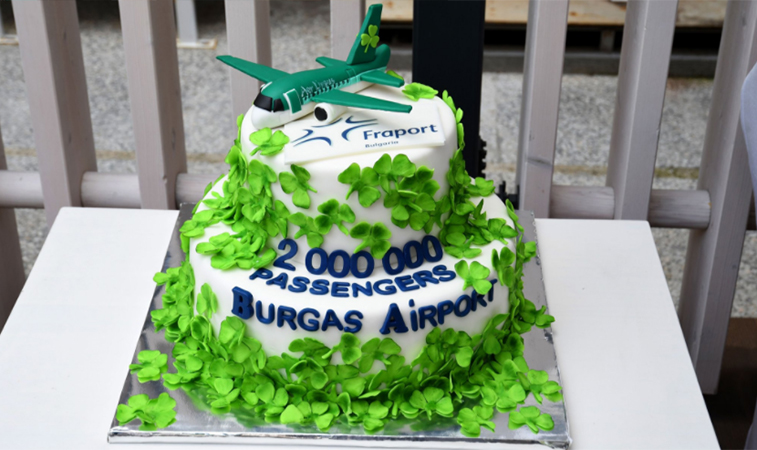 On 14 August Bourgas Airport welcomed it two-millionth passenger of the year so far, with the lucky passenger, Jane Maguire from Wexford in Ireland, arriving on flight EI374 from Dublin. To celebrate the Bulgarian airport’s achievement, it baked this splendid cake which is leafed in shamrock and crowned with an Aer Lingus aircraft. Moscow Zhukovsky, along with celebrating its Cake of the Week win, has also baked another creation to celebrate the start of Pegas Fly charter flights to Antalya. Seen cutting the cake are the airport’s CEO Tomas Vaisvila and Senior Aviation Marketing Manager Galina Telpiz. The route will be flown weekly on the carrier’s 767-300s, with the first flight, which took place on 10 August, seeing a 100% load factor. 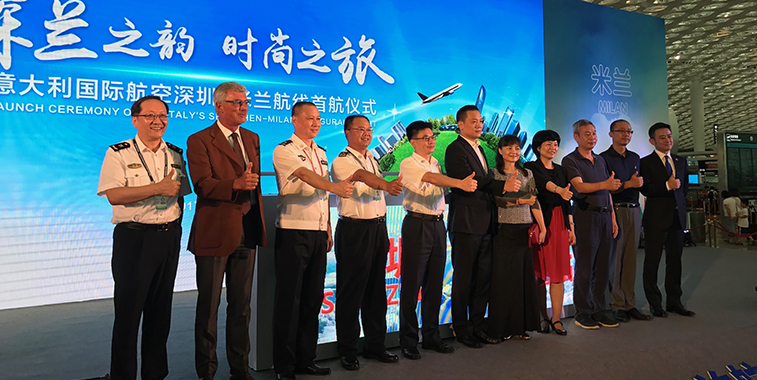 Last week Meridiana launched a scheduled charter service between Milan Malpensa and Shenzhen, with the new operation being celebrated with an inaugural ceremony at the Chinese airport. The weekly (Mondays) rotation,  which began on 10 August, will operate up until 28 September, when the route then becomes twice-weekly (Thursday flight added). Services will operate on the carrier’s 767-300s. In total during its run the operation will provide 60,000 seats on the route.