VietJetAir ventures into Yangon from Hanoi 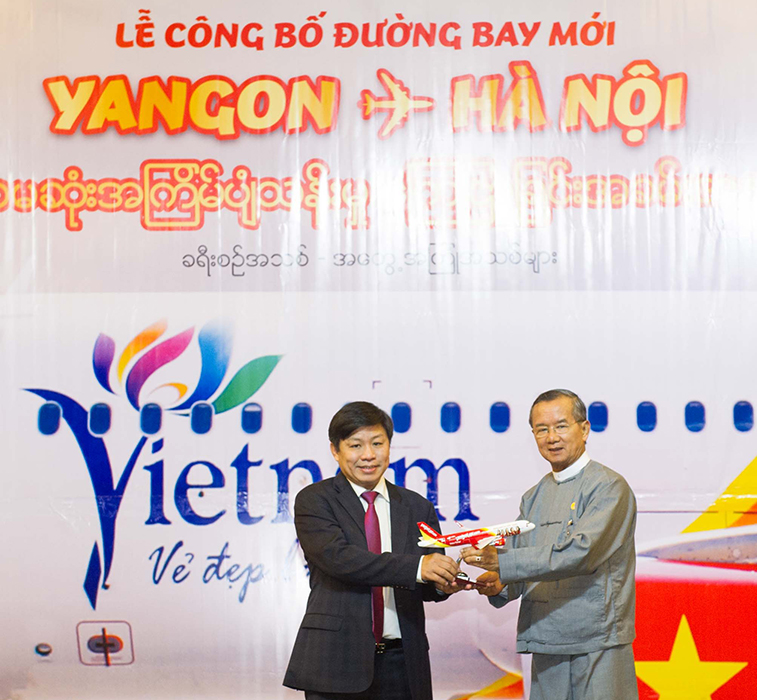 At the launch of VietJetAir flights between Hanoi and Yangon, a gift exchange took place between U Ohn Maung, Union Minister for Hotels and Tourism, Myanmar and Nguyen Thanh Hung, Vice Chairman of VietjetAir. The carrier will operate the 1,122-kilometre sector daily on its A320s in direct competition with Vietnam Airlines.