Australasian FTWA is world-beater this week

This week Australasia picked up its second Arch of Triumph win of 2017, with Melbourne joining Auckland in producing world-beating FTWAs from the region. Although Europe is still streets ahead in terms of the sealing the inter-regional title for the fourth consecutive year (North America did win the first title way back in 2013 when this competition started), the battle for second spot has intensified with this week’s winner. Asia and North America both have three wins a-piece, so Australasia’s second victory puts them right back in the mix for the runner’s up slot. The average winning score of the 32 weekly winners (there were also two weekly winners in the public votes which were unscored) is now 33.0 for 2017, slightly behind the 33.2 result last year and the 33.1 achieved in 2015, but ahead of the 2014 (30.0) and 2013 averages (28.5). Keep Monitoring!! 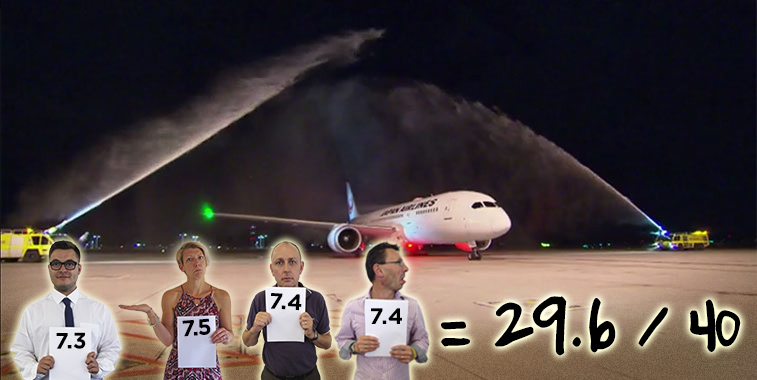 Judges’ Comments: We saw the video footage of this FTWA from Melbourne. While the image above looks pretty good, the anna.aero judges can confirm that the left-hand tender didn’t start its half of the water arch until about one second before this image capture…almost missing the aircraft passing by. In contrast, the right-hand tender’s water jet had been going for a few seconds. Luckily for the left-hand half of this fire crew…their embarrassment was spared…bonzer! 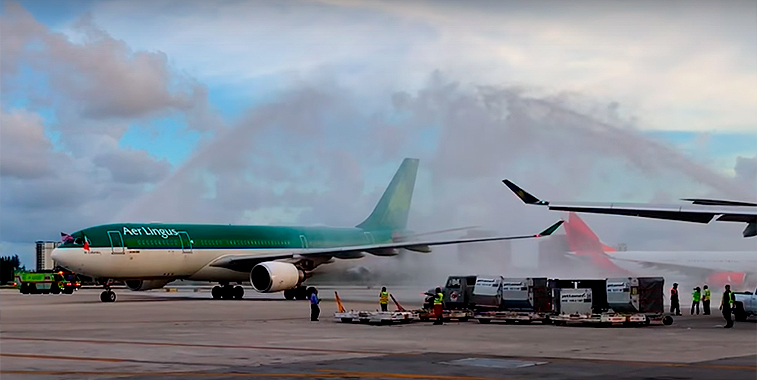 Here’s an FTWA tip…look out for other aircraft wing tips!!

Judges’ Comments: We’ve had some apron clutter in FTWA pictures before, but there is plenty going on here in Miami. Its not so much of the ‘Magic City’…but perhaps more accurately the Floridian hot-spot should be called the Messy City!! Along with all the people updating their Instagram accounts…there are dollies, aircraft containers, trucks and blummin’ great big wing tips!! We can hardly see the aircraft or the FTWA… 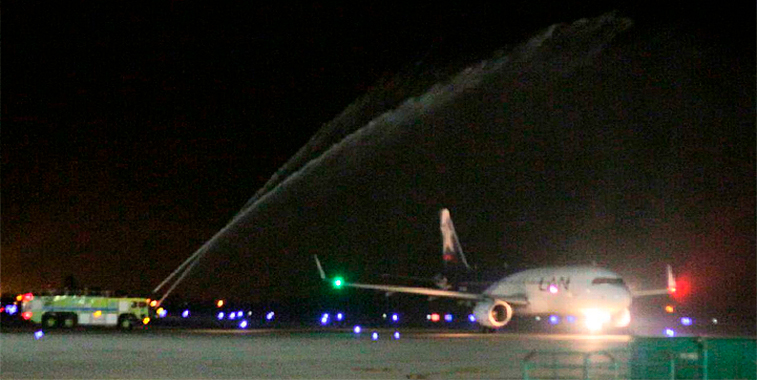 You think by firing two water jets it makes up for only having one tender on duty for this FTWA.

Judges’ Comments: Apparently last Friday night it was the final of ‘Argentina’s Got Talent’ which was watched by an estimated 30m (over two-thirds of the South American country’s population) viewers. Clearly the guys in the one on-duty tender in Tucuman drew the short straw on who was going to stay and watch TV in the station and who was going to do the FTWA for the LATAM Airlines aircraft…