On 1 September Loganair celebrated a historic occasion as it took to the skies under its own colours for the first time in 25 years, having recently ended a franchise agreement with Flybe, and with it operating for British Airways before that. As a result of a £4 million investment in the Glasgow-headquartered airline, it has secured 600 jobs throughout Scotland, including 160 at Loganair’s bases in the Highlands and Islands, and created 15 new posts. The airline contributes over £300 million per annum to the Scottish economy. The tartan-tailed Spirit of Harris, a Saab 340, was welcomed by a spectacular water cannon salute at Glasgow Airport to baptise the start of operations. Perhaps as a result of ending its franchise agreement with Loganair, Flybe on 1 September initiated a new relationship with long-time competitor Eastern Airways. As a result of the new venture, it will now go head-to-head with Loganair on a number of routes in the Scottish Highlands. Pictured at Aberdeen Airport celebrating the new Aberdeen to Sumburgh route which will be flown by Eastern Airways are: John Twiss, Head of Network Planning at Flybe; Senior First Officer Ruben Ter Brake; Eastern Airways COO Tony Burgess; Flybe CEO Christine Ourmieres-Widener; Cabin Attendant Julia Ritchie; David Paterson, Country Manager – Scotland, Flybe; and Mathew Herberg, Head of Commercial at Eastern Airways. Ourmieres-Widener commented on the new venture by saying: “We look forward to cementing our new relationship with Eastern Airways by continuing to offer lifeline services to connect the communities of Orkney, Shetland and Stornoway to mainland Scotland – and onwards.” 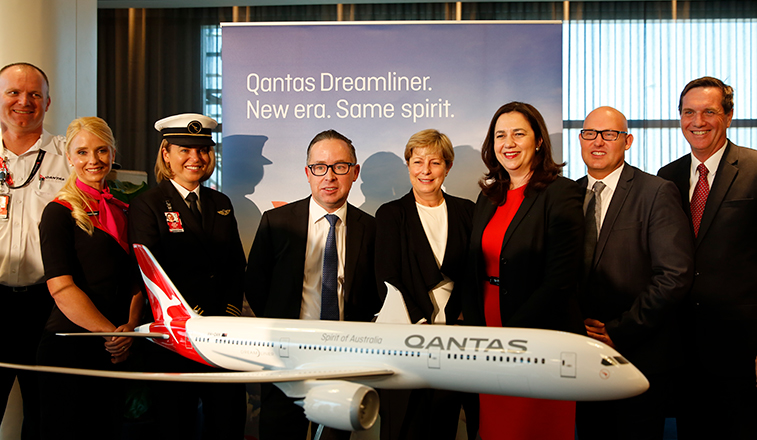 On 29 August Qantas announced that it will open a 787 base in Brisbane, with four 787-9s being deployed at the airport by end-2018. Among those at the base announcement along with some of the airline’s crew are: Alan Joyce, CEO of Qantas Group; Julieanne Alroe, CEO and MD, Brisbane Airport; Annastacia Palaszczuk MP, Premier and Minister for the Arts; Curtis Pitt MP, Treasurer and Minister for Trade and Investment; and Anthony Lynham MP, Minister for State Development and Minister for Natural Resources and Mines. “We’ve said that initially our 787s will replace the routes that our older 747s fly but there are also new destinations we are looking at given the capability of the aircraft,” said Joyce about the new strategy. “A range of exciting options are on the table that will help drive tourism to the state and we look forward to making that decision in coming months.” The first four 787s for the carrier will be deployed at Melbourne and Perth to operate routes to Los Angeles and London Heathrow, with the latter being the first non-stop Australia-UK commercial flight. 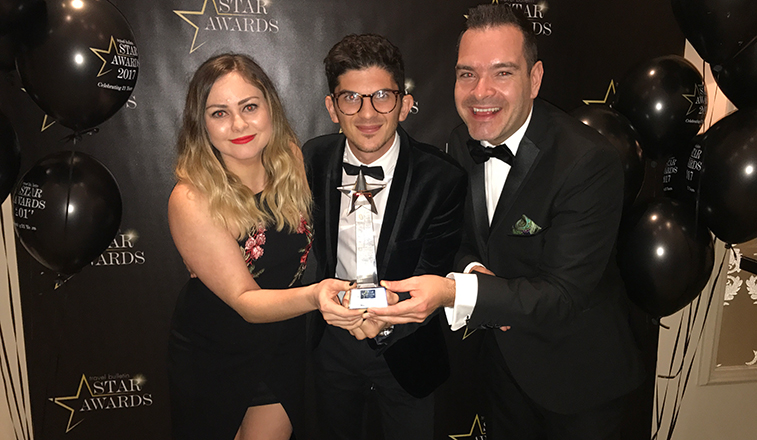 Manchester Airport was this week named the UK’s best airport at the Travel Bulletin Star Awards. Seen collecting the award are the airport’s Emma Stone, Nico Spyrou and Seb Thompson. Patrick Alexander Head of Marketing for Manchester Airport, said: “We’re delighted to receive this fantastic award and would like to thank all the travel agents and people who voted for Manchester Airport. 2017 has been an incredible year for the airport with record passenger numbers, the beginning of work on our £1 billion transformation project and expansion by lots of our airlines.”