Spain overtakes Sweden to become Norwegian’s #2 market; long-haul routes only account for 4.6% of seats in S17 but growing fast 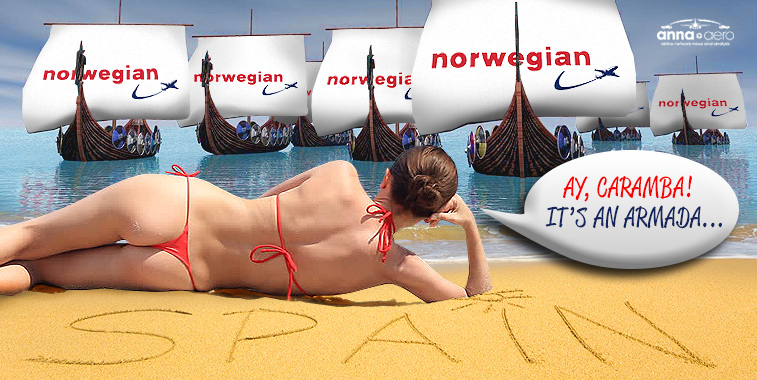 Norwegian has been one of the pioneers of with regards to low-cost long-haul network development in recent years, with the carrier now offering over one million one-way seats on transcontinental routes in S17. However this part of its operation is still relatively small when compared to its short-haul network. While being smaller, it is growing at a much faster rate than its short-haul operations, with transcontinental route seat capacity increasing by 64% this summer, while intra-European services are forecast to rise by 9.6% to over 23.5 million one-way seats this summer. 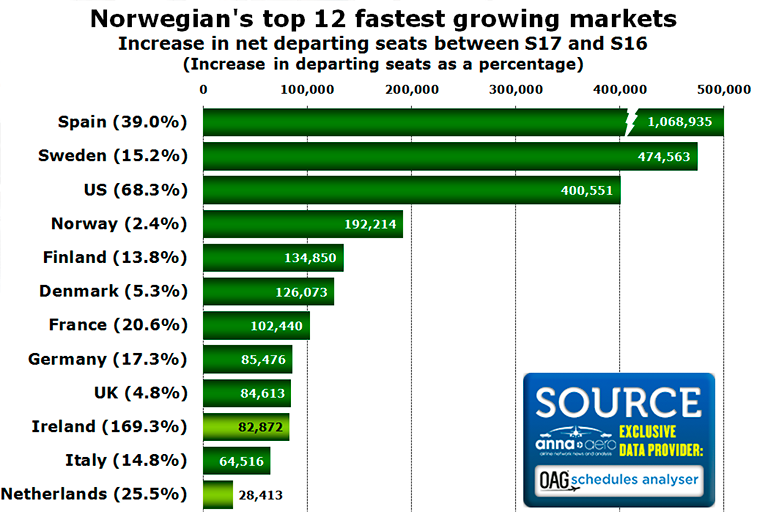 While Spain is the fastest growing nation in relation to net seats, as a percentage it is Ireland which has seen the biggest gain, with it showing 169% more seats in S17 when compared to S16, no doubt due to the new 737 MAX 8 transatlantic operations from Dublin, Cork and Shannon. The Netherlands, along with Ireland (both highlighted in light green), are top 12 nations that are the fastest growing markets, but are not part of Norwegian’s overall top 12 markets in relation to overall seats being offered this summer. The two nations which are among the airline’s top in overall seats but not in regards to net increase of seats are Poland and Croatia. Poland (11th largest overall market) has seen a 7.4% reduction in seats this summer, while Croatia (12th) has welcomed a 12% increase to over 253,000 one-way seats.

With Spain being Norwegian’s fastest growing market, it comes as no surprise to see that its top four growing airports among its leading operations are all in Spain. Palma de Mallorca, which when referring to OAG schedules is indicating four night-stopping aircraft this summer, is showing the biggest increase in seats when compared to S16, with departing seats up by close to 69%. Barcelona (57% growth in one-way seats), Malaga (22%) and Madrid (20%) are the only other airports in the top 12 to encounter a +20% growth in seats. Outside of the Spanish network, Norwegian’s best performing hub for growth is Helsinki which is showing just under an 18% increase in seats. 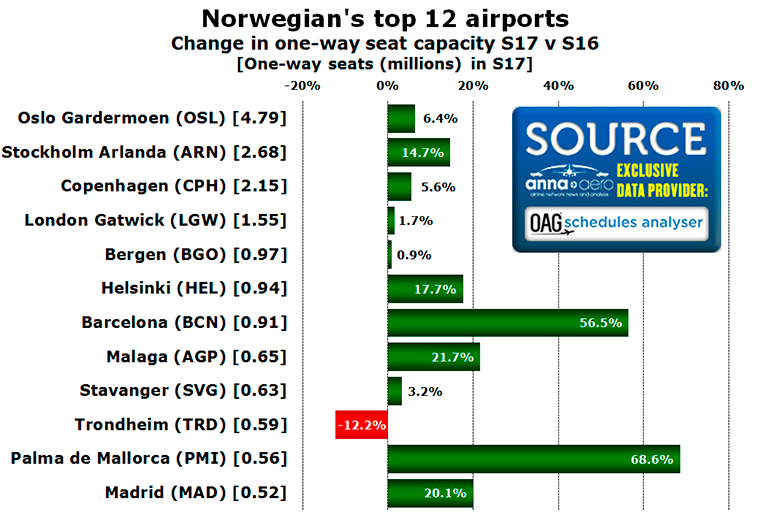 It is not just Spanish airports inside the top 12 which are showing strong gains. Among the nation’s airports that are present in Norwegian’s top 50, Alicante (13th largest airport operation) is showing a 19% rise in departing seats this summer, while Gran Canaria (19th; seat capacity up 30%), Tenerife South (28th; 39%), Bilbao (35th; 456% – new domestic route from Barcelona) and Tenerife North (44th; 16%) are all showing +15% growth in S17.

While a major focus of attention has been on Norwegian’s long-haul operations in recent years, it should be noted that only 4.6% of all seats flown by the carrier this summer involve routes between two different continents. However, S17 is the first summer where Norwegian has passed one million one-way seats in this market. While the transcontinental market is still minuscule for the airline, it has grown from having a 3.1% share of the carrier’s overall seats in S16. 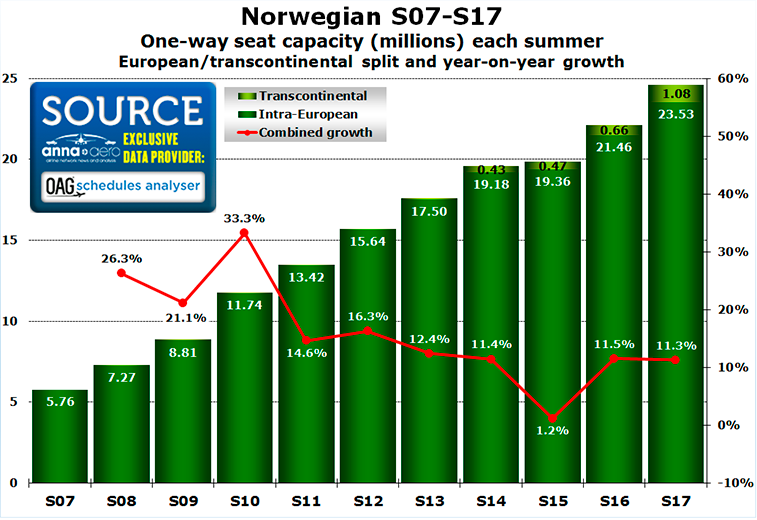 Among the airline’s new destinations this summer is Singapore which is launching at the end of September with flights from London Gatwick (fourth largest airport operation for Norwegian), the carrier’s first long-haul route to Asia from the UK. When referring to OAG schedules, this is the only new country market to be added to Norwegian’s network this year, while other new airports include Denver and Seattle-Tacoma in the US. In relation to the airline’s short-haul network, among the new additions are Hannover and Düsseldorf in Germany, the carrier’s eighth fastest growing market this summer. Looking ahead to 2018, new airports for Norwegian include Buenos Aires Ezeiza (first route to Argentina and South America), Austin and Chicago O’Hare, all of which are being launched from Gatwick. As a result of the airline’s expansion on transcontinental services, Norwegian is currently showing a 55% increase in seats in this sector for S18. 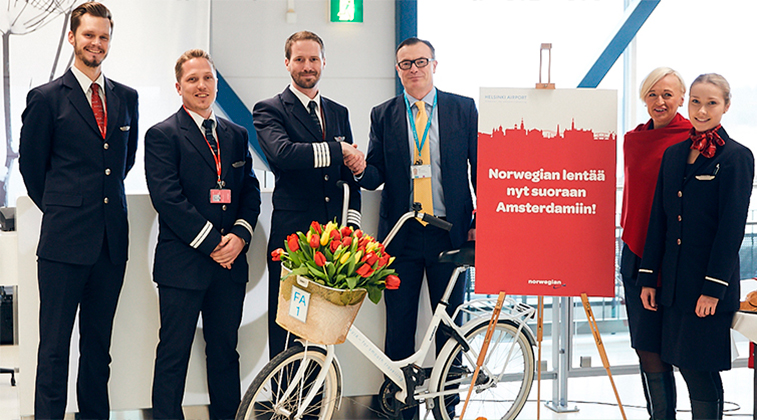 Back in April Norwegian commenced a new service between Helsinki and Amsterdam. Seen at the launch are Norwegian Captain Peter Andersson, and Finavia Key Account & Business Development Manager Mikko Komi, along with the rest of the inaugural flight crew. Helsinki has seen its Norwegian departing seat capacity increase by just under 18% this summer, making it the fastest growing non-Spanish base in the airline’s top 12 airport operations.