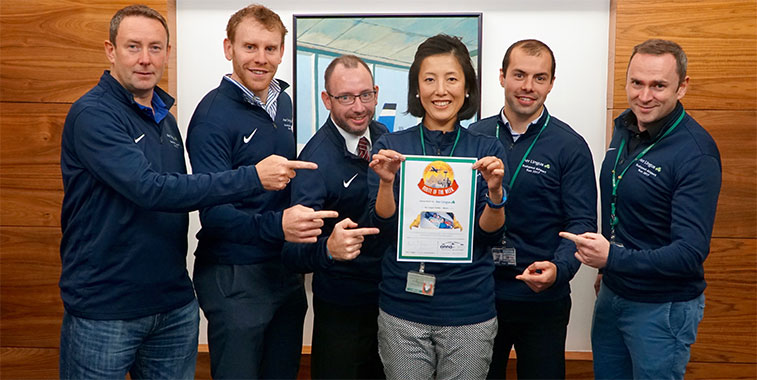 Some of the Aer Lingus running team which took second place in the recent BUD Runway Run 5.0 “Fastest Airline in the World” category got their hands on the oneworld carrier’s Route of the Week certificate for its Miami launch on 1 September. Posing for the camera in their running tops were: Alan Moen, IT; Rory Breslin, Head of Retail; Wayne Forde, Revenue Management Analyst; Mutsumi Saga-Walsh, Corporate Safety & Risk Officer; Alan McHugh, Business Analyst; and Stewart Hand, Digital Business Analyst. 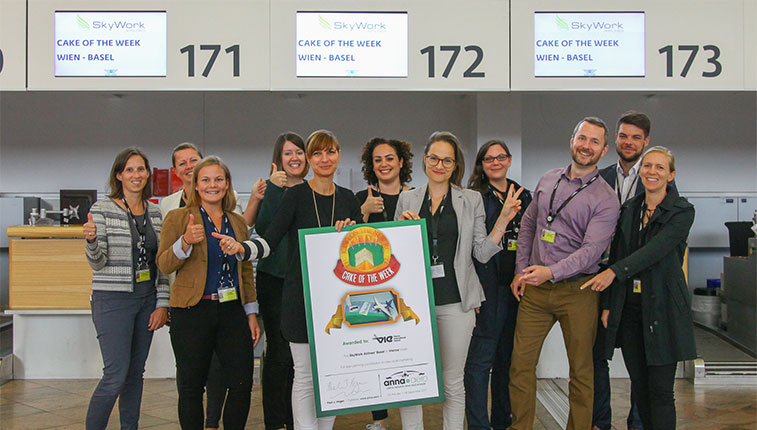 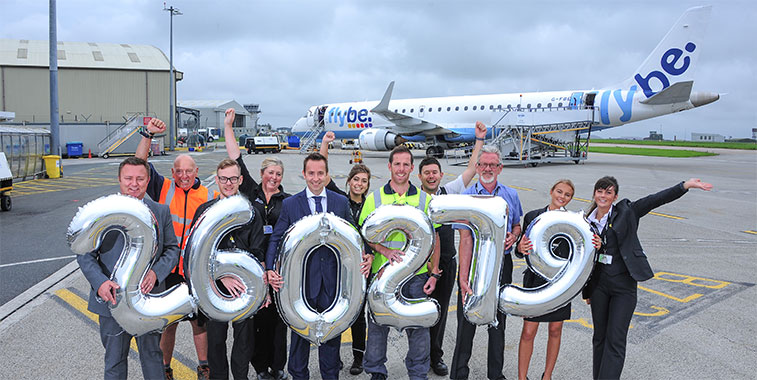 Cornwall Airport Newquay (CAN) continues to witness a remarkable surge in its passenger traffic having just experienced a soaring summer performance. “Our passenger traffic explosion has resulted in us posting further record figures in the first five months of the financial year (April to August). We’ve welcomed 260,279 passengers, a 25% increase in traffic numbers,” enthuses Al Titterington, MD of the UK regional airport. Flybe, CAN’s largest airline partner (in terms of weekly seats) has already handled more than 185,000 passengers this financial year, recording a 23% increase. 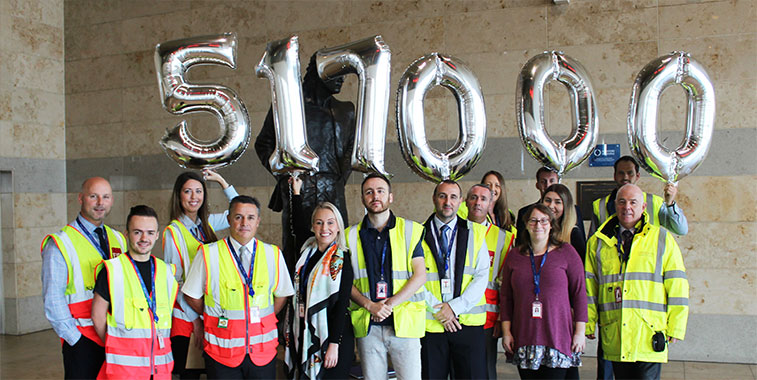 Clearly there is not a silver numbered balloon to be had in the UK after Liverpool Airport also posted growth in its passenger throughput, with 517,000 passengers choosing to fly through the facility in August – 3% up on the same month last year, and the airport’s highest monthly figure since August 2011. Over 70,000 more passengers have used Liverpool so far this year, with the busy August helping to boost total passenger numbers for the year to date to almost 3.4 million. Air Service Development Director, Paul Winfield commented: ”We are delighted to see continued growth at Liverpool Airport and continue to work with existing and new operators to explore further opportunities from here.” 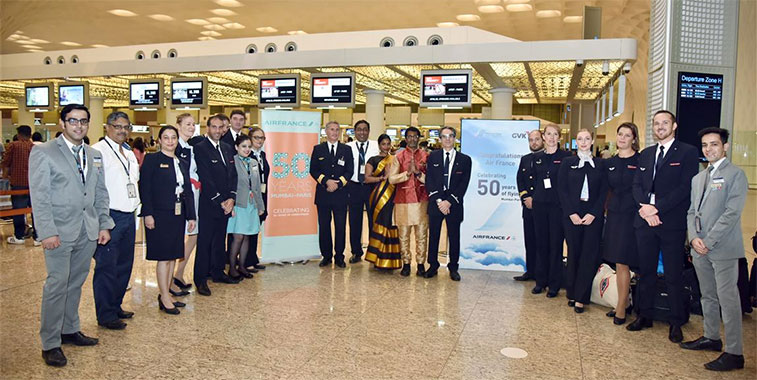 Mumbai Airport celebrated 50 years of Air France operations on 6 September. In terms of the airline’s current services from Mumbai, flight AF217 departs the Indian city at 02:05, arriving in Paris CDG at 08:00, with all flights operated by the SkyTeam carrier’s 777-200s on the 6,991-kilometre sector. 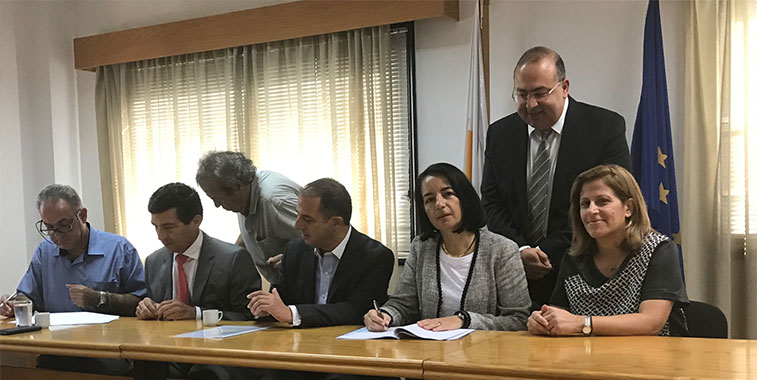 Hermes Airports, operator of Larnaca and Paphos airports, announced the signing of its commercial agreement with the Cypriot Ministry of Communications and Works which regulates its incentive scheme offered to airlines. It is anticipated that through the implementation of the new scheme a significant number of airlines will benefit, a fact which over the years has contributed to the increase of flights from existing markets, the development of new markets and the strengthening of winter tourism. The scheme covers the period 2018-2023 and is offered to all airlines that meet the relevant criteria.