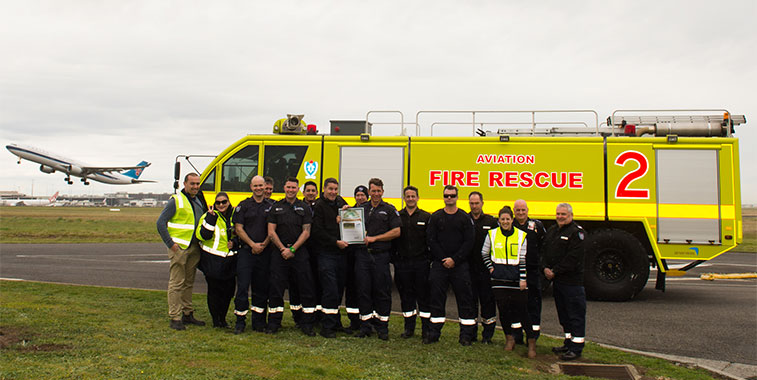 Proudly displaying its first-ever Arch of Triumph victory – at the fifth attempt and over a period of three years – are the team from Melbourne Airport. Along with the winning crew (in hi-viz) were: Sam D’Agostino, SDP Media; Kim Campbell, Aviation Events, Melbourne Airport; and Sarah Thorpe; Airfield & Engineering Support, Melbourne Airport.

It has been eight weeks since any airport has managed to break into the top 10 global providers of FTWAs. The last airport was in week 27 in July, when Lisbon secured its second spot on the leader board, albeit in 10th position for the launch of Aeroflot’s services from Moscow. However, the Portuguese capital has been ousted from the roll-call of the world’s best Arch of Triumph entries in 2017 by Reykjavik/Keflavik this week, which has claimed seventh place. With only its fourth-ever entry, this is the first time in the competition’s five-year history that the Icelandic capital city has made it into the top 10. Keep Monitoring!! 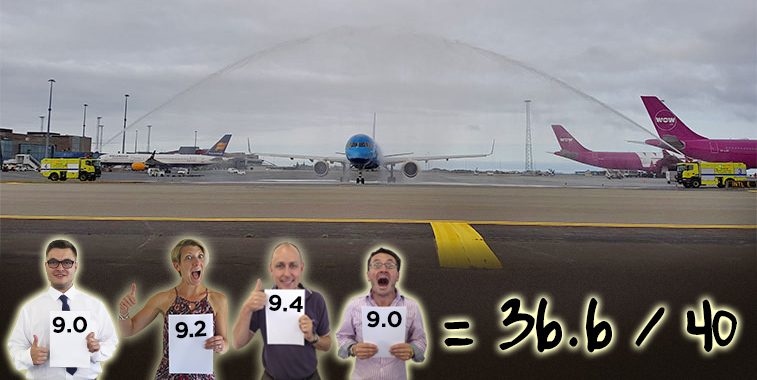 The land of the Northern Lights, volcanoes and geysers also does FTWAs…

Judges’ Comments: There are many natural wonders to fill your senses in Iceland…witnessing the Northern Lights, active volcanoes, the Blue Lagoon (not far from Keflavik Airport), the Great Geysir (a giant geyser), boiling mud pits…the list goes on and on. However, a far rarer spectacle, but no less impressive than these other tourist traps is the Keflavik Airport FTWA…one of the seven wonders of Iceland! 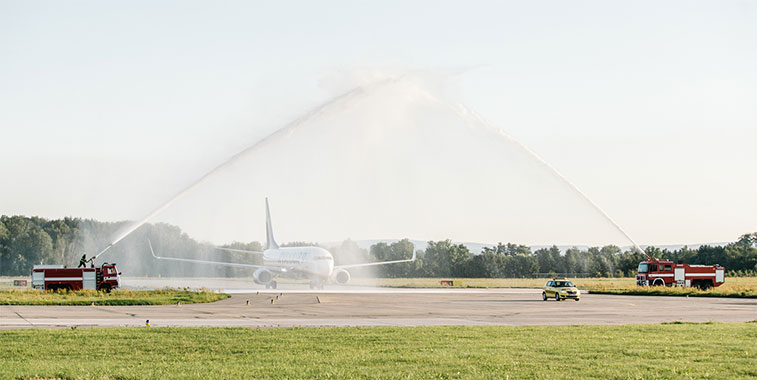 Judges’ Comments: Three weeks ago Prague Airport won its second-ever Arch of Triumph certificate. Pardubice is about 100km east of the capital…and its airport…clearly having seen the victory claimed by its big brother therefore decided that now is the time to send us its first-ever entry into this global competition. The result is not a bad effort at all…and second place this week… 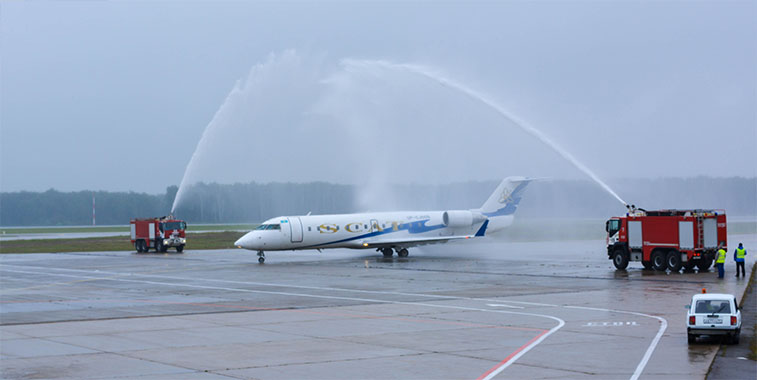 Judges’ Comments: Having sent in entries in 2013 and 2014 its been a quiet couple of years for Moscow’s Vnukovo in terms of FTWAs. While it has been away, Moscow’s newest airport at Zhukovsky has become the most prolific entry provider, with its fifth one of 2017 below. But who will win the battle of Moscow? 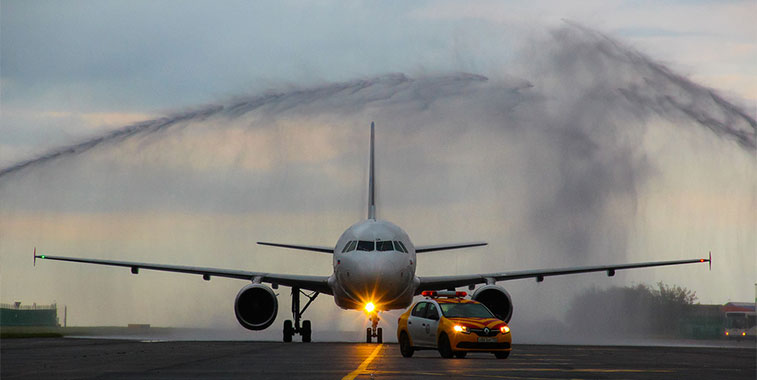 Get out of the way follow-me car! I’m off to Rome…

Judges’ Comments: Based on the above FTWA and the judge’s scores…a total of 19.3 for this one versus 29.0 for the above effort…Vnukovo beats the newcomer to the Moscow market Zhukovsky in this particular Arch of Triumph battle for bragging rights in the Russian capital this week. However, as we know it is the new kid on the block that is the most prolific airport of the two so far this year, so it will not be long before Zhukovsky tries to improve on this result.