Ryanair launches 25 routes in one week 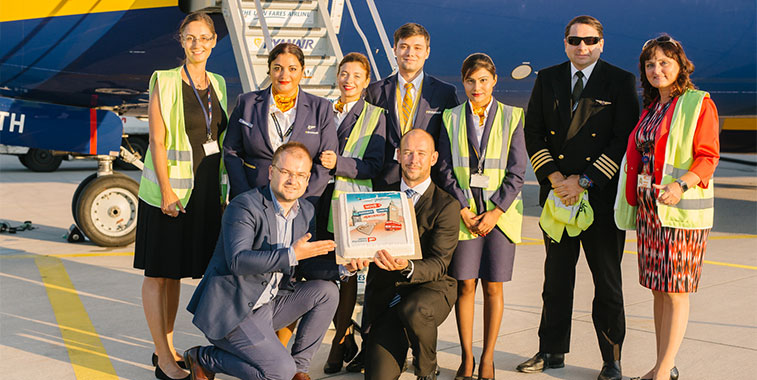 The first ever regular flight from Pardubice to Western Europe started on 5 September as Ryanair commenced flights from London Stansted. The first flight from the UK landed at the Czech Republic airport (100km east of Prague) at 18:35 and departed at 19:00. Welcoming this landmark event along with the airline crew were: Eva Kadlecová, Commercial Manager, Pardubice Airport; Hana Šmejkalová CEO Pardubice Airport; Denis Barabas, Ryanair Sales and Marketing Executive CEE; and Libor Kříž, Sales Executive Pardubice Airport. 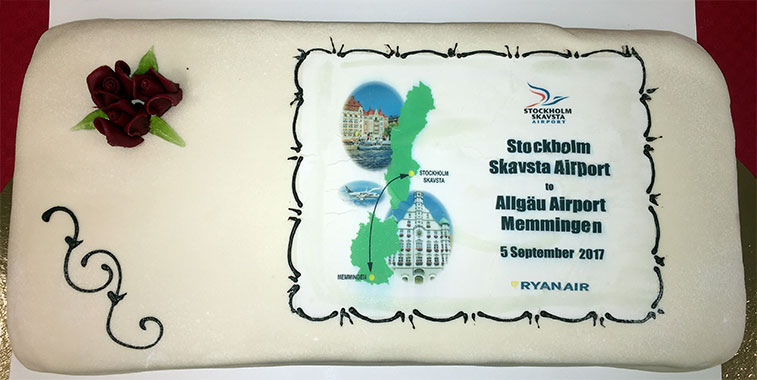 One of six new routes launched by Ryanair from its recently announced 85th base at Memmingen was a twice-weekly service to Stockholm Skavsta. The new airport pair, which commenced on 5 September, was heralded with this route launch cake in Sweden.