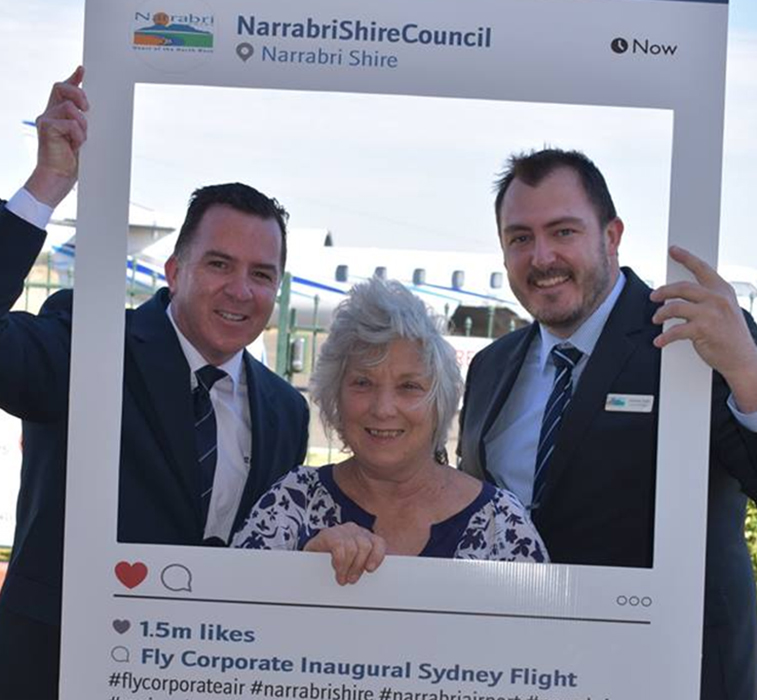 Seen celebrating and promoting the launch of Fly Corporate flights between Narrabri and Sydney on 13 September are: Geoff Woodham, Marketing Manager, Fly Corporate; Cathy Redding, Mayor of Narrabri; and Stewart Todd, GM at Narrabri Shire Council. The 420-kilometre route will be flown by the airline every weekday on its 19-seat Metro fleet.