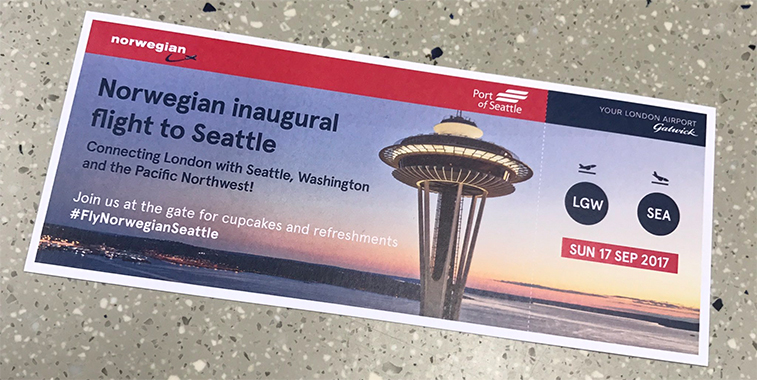 Seattle-Tacoma became a new addition to the Norwegian network on 17 September, with the carrier launching a four times weekly service from London Gatwick. A small celebration at the gate was held for inaugural passengers.