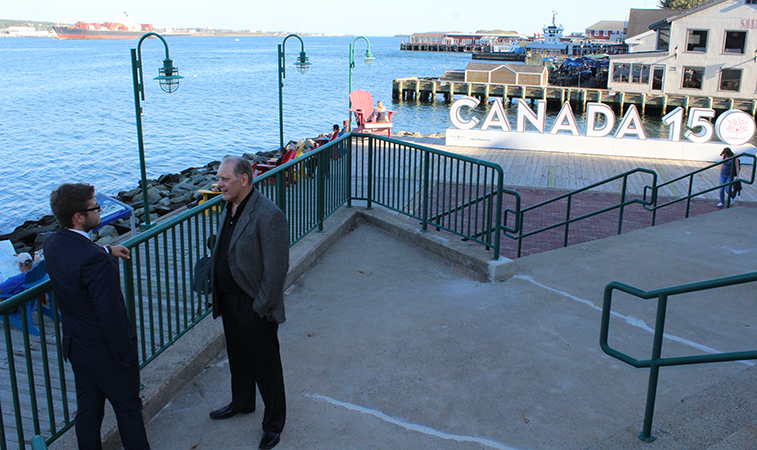 anna.aero’s Assistant Editor Jonathan Ford caught a moment with Dean Dacko, Business Strategist Consultant for Canada Jetlines, at the edge of Halifax Harbour to discuss the airline’s initial start-up and how it plans to penetrate the Canadian market by bringing lower fares to passengers who currently cannot afford to travel.

Last week anna.aero met-up with Dean Dacko, Business Strategist Consultant for Canada Jetlines, at the Altitude East 2017 aviation conference hosted by Halifax Airport. Jetlines is a planned ULCC which aims to meet the market demand in Canada for low-fare travel.

Dacko is no stranger to the airline industry, and indeed has experience in the low-cost and full-service sectors, having been CCO of recently launched NewLeaf (now incorporated into Flair Air) and SVP, Head of Marketing and Product at Malaysia Airlines. The credits and work that Dacko has on his CV has resulted in him and his corporations being awarded titles including: 100 Most Influential Global Marketing Executives (2016) – World Marketing Congress; 50 Most Talented CMO’s in Asia – CMO Asia; and 2013 Asia’s Leading Airline – World Travel Awards, among others. So with many creditations and vast experience in the aviation sector, anna.aero sat down with Dacko to discuss his next project.

Dean Dacko: “Our plan at the moment is to begin air services on 1 June 2018 and the aim is to launch with two aircraft. Then we have a financial fitness test from the CTA (Canadian Transportation Agency) for 90 days after our first flight. So right after those first 90 days we are going to start to expand. We will add two more aircraft to the fleet, then 90 days after that we will have another two additional aircraft. Potentially we could begin our operation with more aircraft but the reality is that we want to do two things. Firstly we want to have a soft launch. There are a lot of things that we are going to discover in the first few days and weeks of operation that we will want to make sure that we get through before taking on more. Secondly, the reality is the financial fitness test requires us to have enough capital put aside just based on the amount of operation that we are starting with. So for those two reasons we are going to make it a relatively small start.”

aa: “What type of aircraft will the airline be operating?”

DD: “We feel very strongly about the capabilities, range and efficiency of the 737, and in this part of the world, certainly North America, it is the most recognised and most used aircraft for what we would be looking for. We are contemplating the -800 series which is not only going to give us the seat capacity that we think is necessary, but it also gives us the range.”

Dacko then talked about the airline’s initial operations and how it relates to the seasonality patterns of Canadian travellers: “After the first 90 days, when starting in June, we are going to follow the seasonality of Canadian travellers. In the summer time Canadians like to travel east to west, whether that being visiting friends and family (VFR), or soaking up the various sights and sounds that people like to experience in those months. When the winds change and cold weather starts to hit, people start to look at going south and that is exactly what Jetlines is going to do.”

aa: “So will Jetlines be offering transborder services into the southern US States?”

DD: “Yes. We have plans to fly into at least four airports in Florida, parts of the Mid-West, and also into Cancún. These are not destinations that people should be surprised about, as this is where the demand is and the routes that people want to travel. Mexico for instance is a very popular destination, certainly Cancún. Although there is a lot of capacity going down there already, there is still a significant amount of untapped demand, in particular the market segment that Jetlines is going to be targeting, which is the value-conscious consumes. We are going to be able to get them there at a very reasonable cost.”

aa: “Following the typical strategy of ULCCs across the border, will these be routes that Jetlines will be looking to launch at a two or three times weekly frequency?”

DD: “Jetlines believes that multiple-weekly and daily frequencies is something that we will consider. Most of the flights that we will be launching will start with daily frequencies. There maybe a number of routes where we will initiate service at a lower frequency, but nothing less than three a week. This is primarily because of the aircraft. So when we get more aircraft into the fleet these frequencies will be increased.”

aa: “With that, what will be the main stations for Jetlines?”

DD: “We can confirm that southwest Ontario will be a key market for us due to a number of factors, not forgetting this is where a major proportion of the population resides, and geographically it allows us to reach the destinations that we have planned, so Hamilton and Kitchener airports are where we will be principally basing aircraft. Our initial intentions will be to fly outbound from these airports.”

aa: “With Canada being an expensive market to operate out of, how will Jetlines be able to compete on cost with the likes of Frontier Airlines which operates from Buffalo just over the boarder?”

DD: “When we look at our operating model and the cost position we are building for ourselves, we are at a lower cost per seat mile than the likes of Spirit Airlines or Allegiant Air, and much lower that the existing Canadian operators. Jetlines will be able to operate at a cost which will translate to a fare price point that will make us exceedingly competitive. Statistically if you look at data from Transport Canada and other agencies, there are approximately four million Canadians that travel 100 miles or more to save C$100. In Hamilton I believe it is along the lines of over three million travellers that go right past the airport to go to Buffalo or Niagara Falls New York. We think that we will offer a value proposition that will make them want to save that time, money and exchange rate conversions and get a flight experience out of either Hamilton or Kitchener at a realistic price.”

aa: “With regards to the domestic market, you have mentioned services going east to west. Does that mean just from Hamilton going east to west? Or is Jetlines looking potentially at offering this routing from other destinations?”

DD: “We are looking at having our network go from coast-to-coast. Initially we will be starting services from the Atlantic region, we still have some discussions to be had there, so it could be Halifax, St. John’s or another market. These could be in place by mid-summer next year. We are also looking at the greater Vancouver area, so it is potentially going to Vancouver proper or into an airport such as Abbotsford. In essence, Jetlines will be able to take Canadians from one side of the country to the other.”

aa: “With the vision for Jetlines, do you expect growth to be vast over the coming years or is it too early to say just how fast operations will expand?”

DD: “We have a plan that will see us operating 12 aircraft within the first three years. It is no secret that the success for an operation like Jetlines is to grow fast. The faster that we can grow the greater our future and potential successes. Jetlines’ approach is going to be about filling aircraft, getting more aircraft, and filling them as well. I think that the mistakes that some others have made, and why fares are so high in Canada, is because today all airlines seem to focus on yield. They want to get more money per seat and if they are not satisfied, they cut the service. For Canadians wanting to travel coast-to-coast the cost is just too expensive, or if you want to plan a trip to visit family at Christmas, people just can’t afford to because airlines just see that as an opportunity to charge more. Jetlines is going to take a different approach to this where we will have a simple fare structure that is maintained throughout the year, making travel affordable year-round. This will help build a respected customer base that will allow us to grow.”

aa: “WestJet is planning to launch an ULCC next summer. Is Jetlines prepared for battle with a carrier that is entering the market with a good financial background at the moment?”

DD: “Jetlines has massive respect for WestJet. As a carrier it has done an amazing job. They have created a brand that is exceptional, so we are not taking them lightly and we’re not being naive about the potential strength that a brand such as WestJet can have in being competitive, and what it could potentially do to Jetlines. However we are starting at a cost base that is significantly lower than theirs. Over the past few years, while WestJet has been growing, they have been generating more revenue, their aircraft numbers and network, both domestic and international, but its costs are rising as well. So its cost per available seat mile is going to be significantly higher than Jetlines’. When we launch, we will be in a position that no matter what the fare is, we will have the capital to price ourselves in a way that will fill our aircraft and still make money.

DD: “I can see ticket sales going on sale around 1 March next year.” 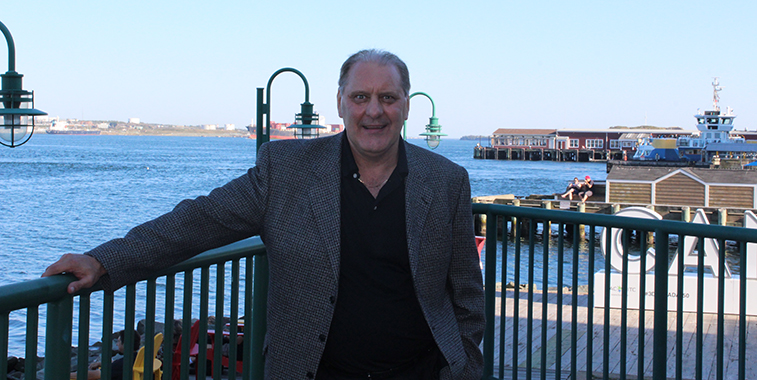 Dean Dacko: “We can confirm that southwest Ontario will be a key market for us due to a number of factors, not forgetting this is where a major proportion of the population resides, and geographically it allows us to reach the destinations that we have planned, so Hamilton and Kitchener airports are where we will be principally basing aircraft.”