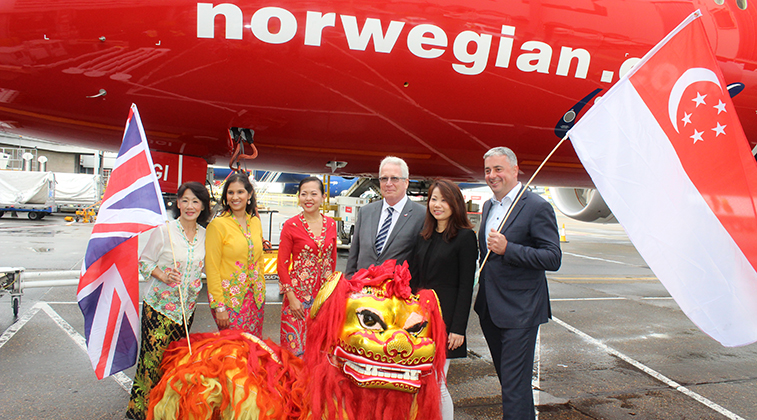 Norwegian launched its first flight from the UK to Asia, and the longest route flown by an LCC in the world, from London Gatwick to Singapore on 28 September. A special Singaporean-themed celebration, including a cake baked by anna.aero, was arranged to mark the carrier’s inaugural flight on 28 September. Seen posing on the apron at Gatwick are: Lennart Ceder, CEO Norwegian UK; Tan Yen Nee, Regional Director, Europe at Singapore Tourism Board; and Stewart Wingate, CEO of Gatwick Airport. The carrier will operate the world’s longest LCC route four times weekly.