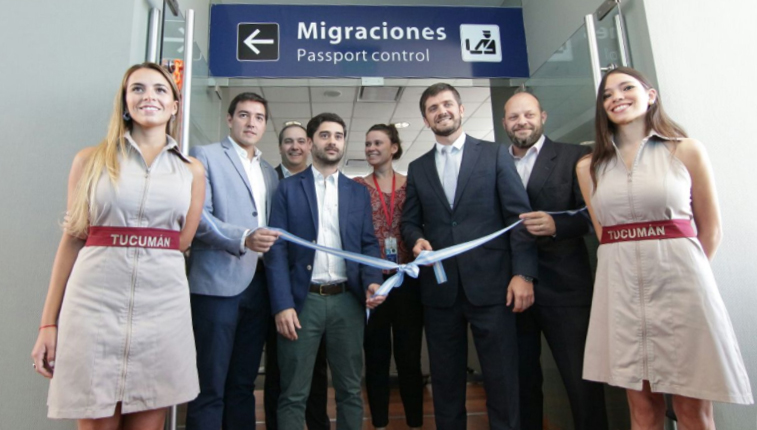 Among those cutting the ribbon in Tucuman on the day of LATAM Airlines’ inaugural service from Santiago were: Walter Andres Jorge, Regional Manager of LATAM Airlines (second-left); Luis Palma Cané, Internal Sales Manager, LATAM Airlines (fourth-left); and Sebastian Giobellina, President of Ente Tucumán Tourism (third-right), along with members of the Tucuman Bureau. LATAM Airlines will link Santiago to Tucuman three times weekly on its fleet of A320s.