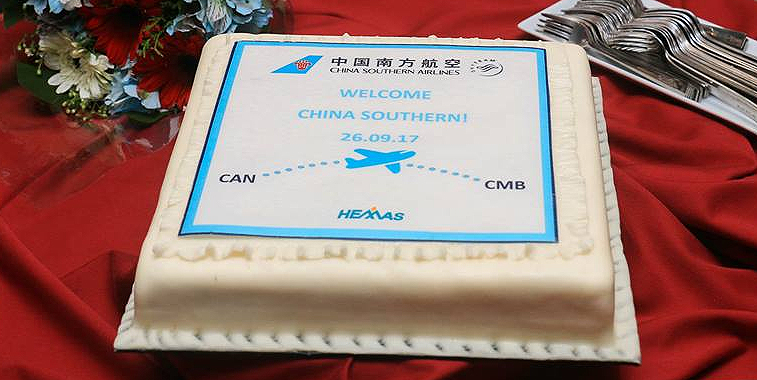 Colombo Airport commissioned this simple but elegant cake to toast the start of China Southern Airlines’ service from Guangzhou on 26 September. The SkyTeam member will serve the Sri Lankan capital three times weekly.