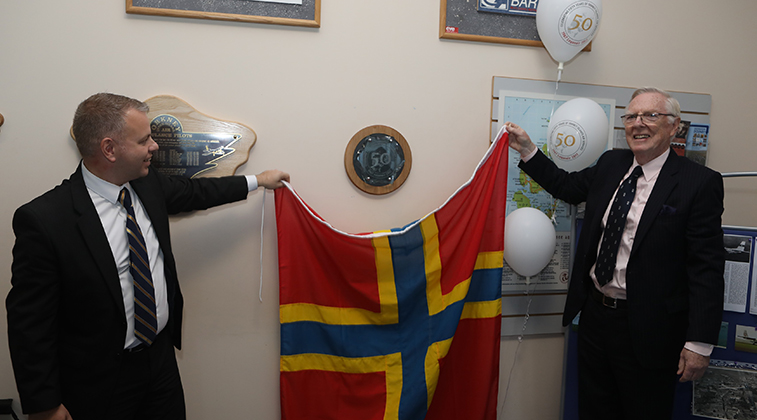 Loganair on 27 September celebrated half a century of serving Orkney. Operated by Loganair since 1967, the Orkney Inter-Isles Air Service connects the Orkney mainland with six outer islands, and includes the 1.7 mile hop between Westray and Papa Westray, officially recognised by Guinness World Records as the world’s shortest commercial flight. Internal flights to the six outer isles – Eday, North Ronaldsay, Papa Westray, Sanday, Stronsay and Westray – are operated under a Public Service Obligation (PSO) contract awarded by Orkney Islands Council. Loganair has provided the service since it began in 1967, and was awarded a new four-year contract in a competitive tender against stiff opposition from two rivals earlier this year. The new contract runs until March 31 2021, with an option for a further 12-month extension. Last October saw the milestone passed of the one millionth passenger carried by the service. To celebrate the anniversary,  Loganair MD Jonathan Hinkles and President Scott Grier unveiled via an Orcadian flag a plaque to commemorate the 50-year anniversary. 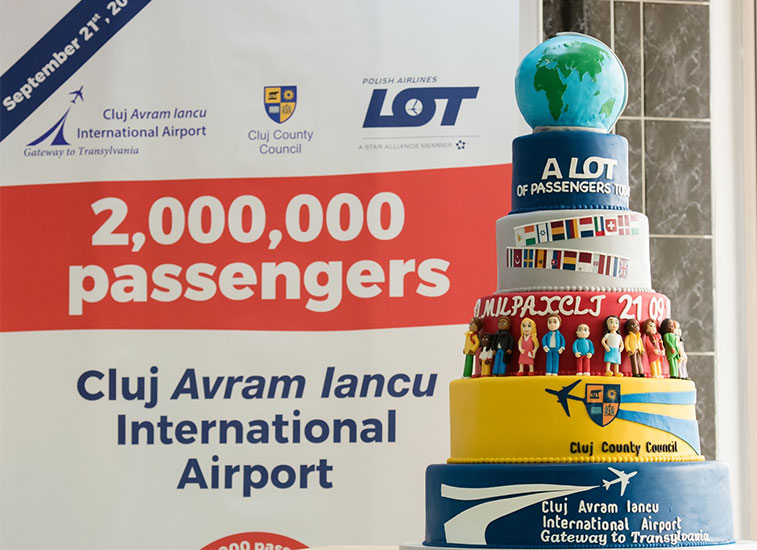 Cluj-Napoca Airport celebrated on 21 September, for the first time in its history, passing the two million passenger figure, exactly three months after reaching the one million passenger milestone on 21 June. The two millionth passenger flew with LOT Polish Airlines on its Warsaw – Cluj-Napoca route, and was welcomed to the Romanian airport by this fantastic cake. With 32,000 passengers in 1996, and one airline providing connections to only two cities, this year the airport offers services to 45 destinations. 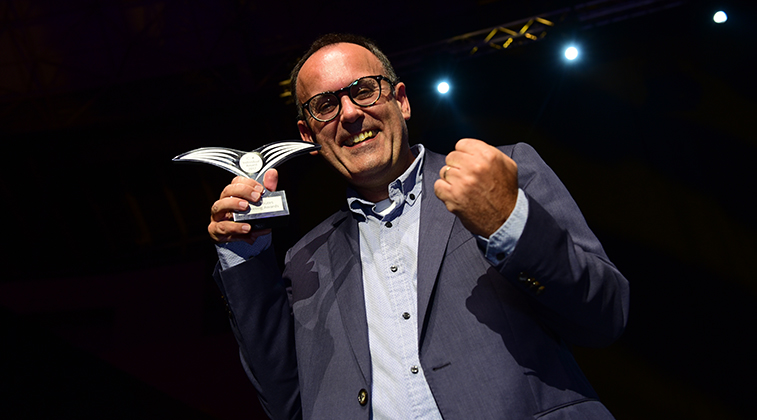 At last week’s World Routes in Barcelona, a new award category was introduced, the ‘Individual Award for Outstanding Contribution to Route Development’. With 12 nominations in the category, the inaugural recipient of the award was Léon Verhallen, Head of Aviation Marketing at Brussels Airport. On receiving the award, Verhallen stated that the achievement was a team effort, and that the award will be shared by all the guys. Among Verhallen’s colleagues that were in Barcelona to see him collect the award were: Jan Van de Reyd, Senior Manager Aviation Development; Tania Ter-Ossepiantz, Airline & Trade Marketing Manager; Johan Leunen, Cargo Development Manager; Betty Van De Nobelen, Passenger Marketing Manager; Maarten Evenepoel, Senior Manager Aviation Development; Geert Van Dessel, Senior Manager Aviation Development; and Inge Luyckx, Aviation Market Analyst. The team’s hard work will be celebrated later this month when the airport welcomed the arrival of Hainan Airlines’ inaugural service from Shanghai Pudong.