LATAM Airlines goes non-stop Down Under Among the celebrations in Melbourne to welcome its only South American carrier were traditional Chilean dancing and social media photo promotions with the first flight passengers, all of which were greeted off the aircraft by the Melbourne Penguin. Also taking place was a ribbon cutting, with the duties to officially open LATAM Airlines’ new three times weekly service from Santiago being conducted by Valeria Alvano, Senior Manager Strategic Alliances, LATAM Airlines and David Hall, CFO Melbourne Airport. On 3 October LATAM Airlines commenced flights between Santiago and San Juan in Argentina. Seen speaking at the launch at the latter airport is Rosario Altgelt, CEO of LATAM Airlines Argentina. After Altgelt spoke, a ribbon cutting took place on the apron to declare the 229-kilometre route open. 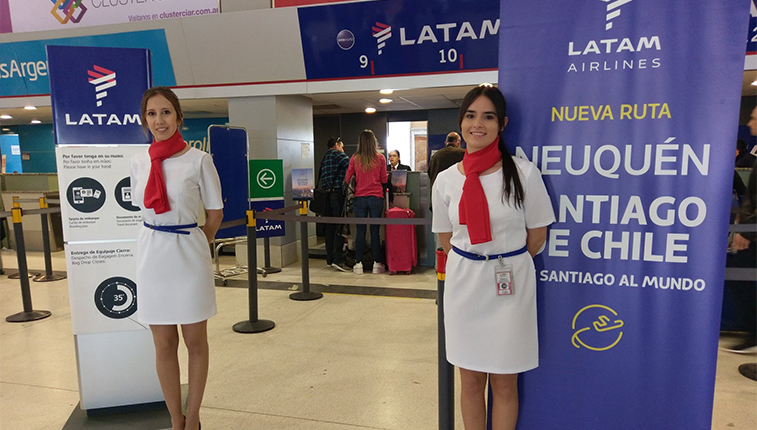 On 4 October LATAM Airlines inaugurated flights to Neuquen in Argentina, linking the city to Santiago with three weekly flights. The 660-kilometre route, which faces no direct competition, will be flown on the airline’s A320 fleet.