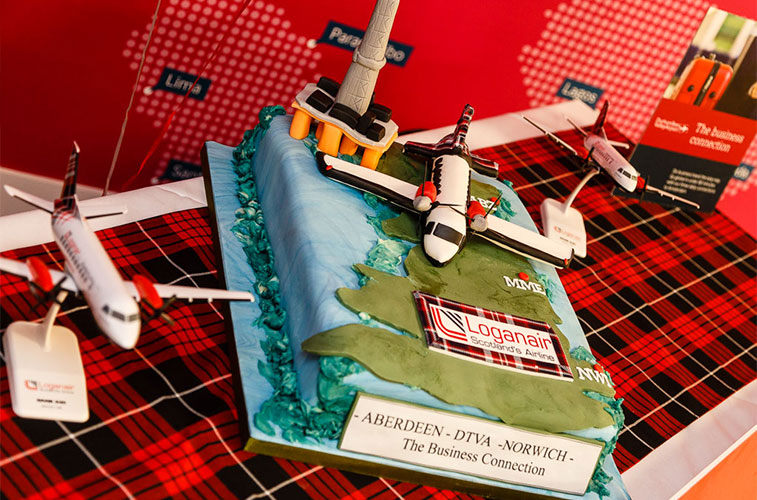 “A very significant week in delivering our plans for securing the future of Durham Tees Valley airport and its contribution to the region’s economy,” said Durham Tees Valley CEO Steve Gill about the start of Loganair’s new routes from the airport to Aberdeen and Norwich. A tartan-emblazoned, Saab 340-topped cake was also baked to mark these important new sectors. While Norwich is a brand new destination for the airport, Aberdeen is already served by Eastern Airways.