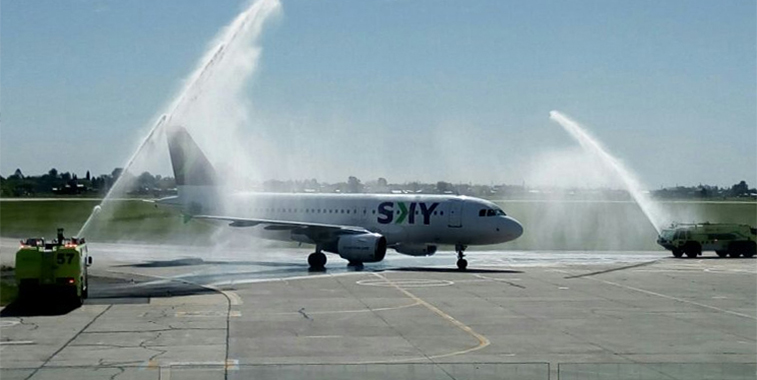 On 3 October Sky Airline commenced flights between Santiago and Rosario, with the Argentinian airport baptising the new service with a traditional water arch salute. The market between Argentina and Chile is the fastest-growing intra-South American market in 2017, with seat capacity between the two nations up by nearly 34% when compared to 2016.

In 2017 there are over 230.4 million seats on offer on intra-South American services, an increase of 1.5% (net increase of 3.34 million seats) when compared to 2016. A few new carriers entered commercial service in South America this year, with the most notable ones being JetSMART (Chile) and Latin American Airlines (Peru). JetSMART, Chile’s first ULCC, is the leading new airline in the region. It commenced operations from Santiago in July on a number of domestic services. The introduction of JetSMART services in Chile has seen the domestic sector in the western South America nation become the fastest-growing of all domestic markets in the region this year, with capacity up 16%. The intra-Chilean market is, however, dwarfed when compared to South America’s leading country market.

A total of 115.39 million seats are on offer in Brazil’s domestic market in 2017. However, the capacity on non-international services from Brazil is down 0.3% when compared to 2016. The top nine intra-South American markets in 2017 are all domestic, with Venezuela, Ecuador and Bolivia, also experiencing capacity cuts compared to 2016. The three remaining markets in the top 12 all link to Chile, with that country’s connection with Argentina being the biggest growing market, showing a rise in seat capacity for this year of just under 34%. One carrier which has advanced greatly in the latter market recently is LATAM Airlines, which only last week introduced new services from Santiago to San Juan and Neuquen. 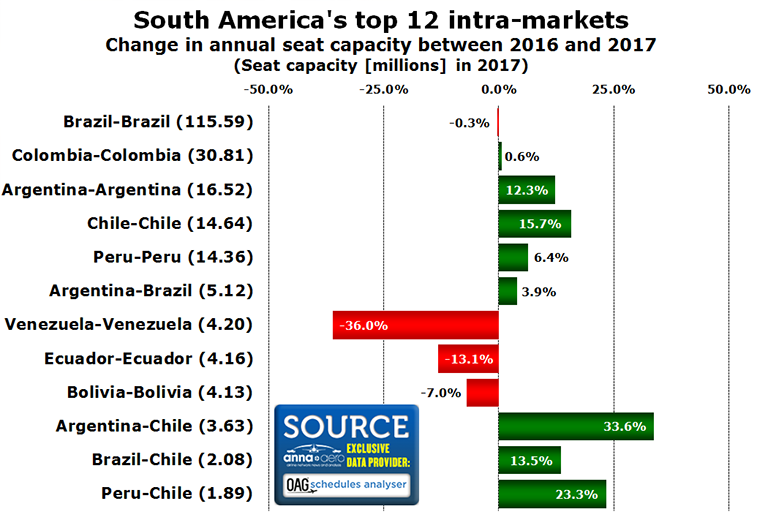 While the Brazilian domestic sector is still by far the region’s largest market, the dominance of its operation has decreased in recent years as other intra-country pairings have developed, and the Brazlian market has faced many external factors affecting its performance. In 2011, the Brazilian domestic market accounted for 61% of all seats on intra-South America services. This year it accounts for just over 50%. Nonetheless, it still shows that domestic services in Brazil clearly dominate the intra-South American market. 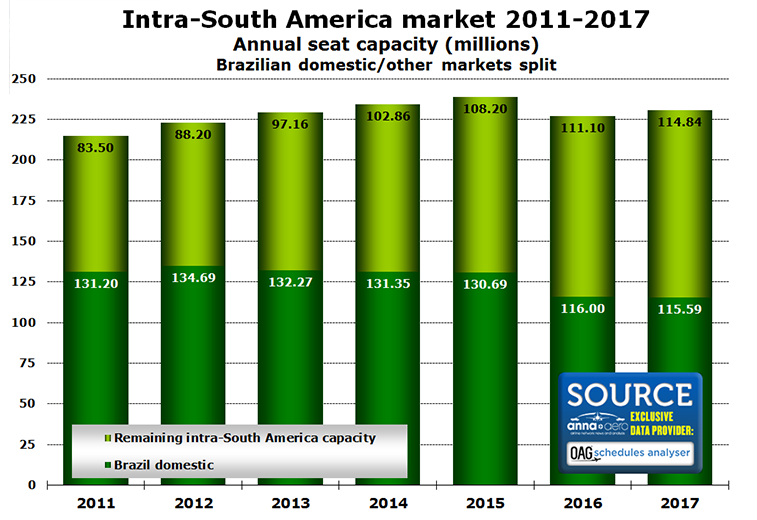 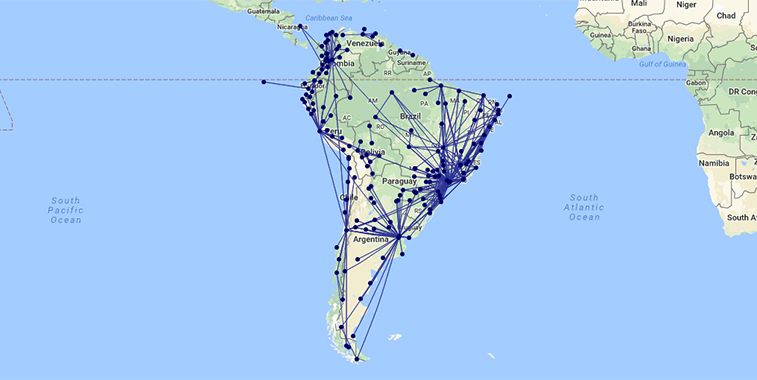 Intra-South American routes have seen a 1.5% increase in capacity in 2017, fairing much better this year when compared to 2016 when the market saw a 4.9% cut in seats against the results of 2015. If the Brazilian domestic sector is removed from the analysis, the results being seen in South America are much more promising, with other markets combined showing a 3.4% rise this year.