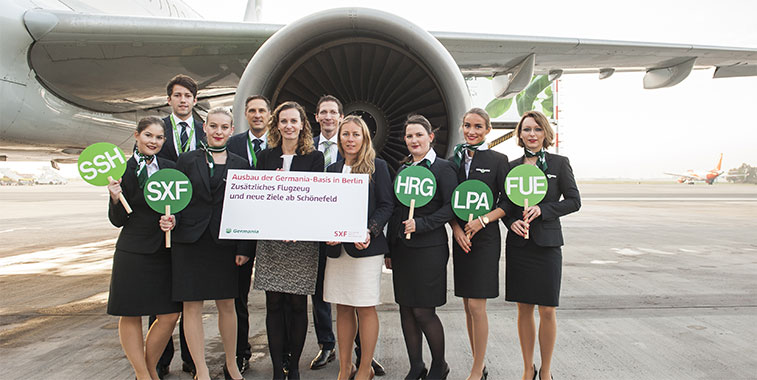 Germania is basing another aircraft at Berlin Schönefeld this winter, meaning the start of new services to Sharm El Sheikh, Fuerteventura and Gran Canaria, as well as increased capacity to Hurghada. The first flight left the Berlin airport for Sharm El Sheikh in Egypt with 201 passengers on board on 20 October.