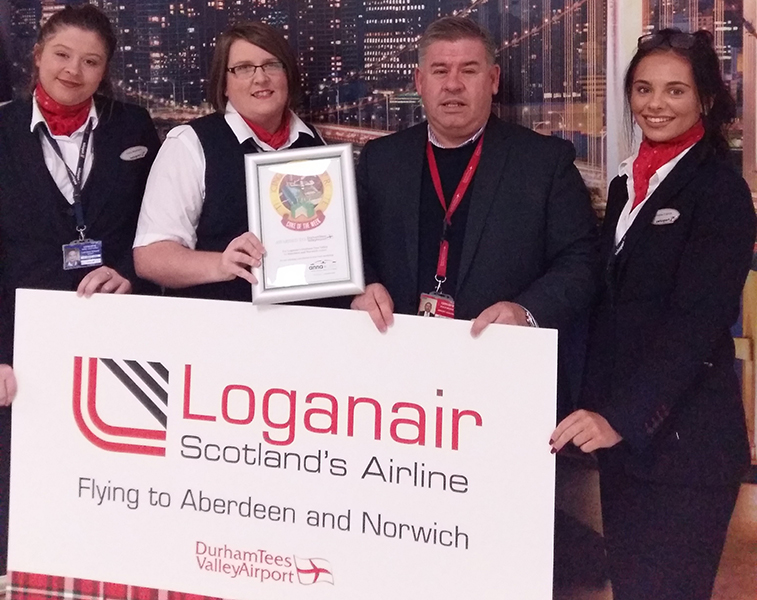 Durham Tees Valley Airport this week celebrated winning the anna.aero Cake of the Week award, a title given to the UK airport in recognition of the superb cake which it displayed at the launch of Loganair’s inaugural flights to Aberdeen and Norwich. Seen celebrating with the award are: Amy Rispin, Swissport; Phoebe Francis, Swissport; Shaun Woods, Airport Manager, Durham Tees Valley; and Abbie Weatherill, Swissport. 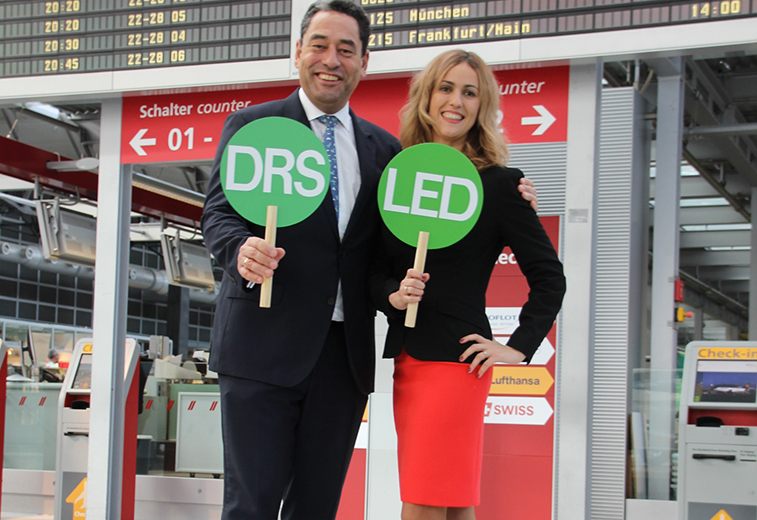 On 20 October Germania announced that it would begin flights to St. Petersburg from Dresden, with flights scheduled to begin on 26 April at a twice-weekly frequency (Thursdays and Sundays). Germany remains one of the most demanded international destinations from St. Petersburg Airport. In the first nine months of 2017 some 563,900 passengers have travelled between St. Petersburg and Germany on direct flights, representing a 20% increase when compared with the same period of 2016. Seen celebrating the news that Germania will start services from Dresden are Markus Kopp, MD Dresden Airport and Anna Nikiforova, Head of Aviation Marketing Department, St. Petersburg Airport. 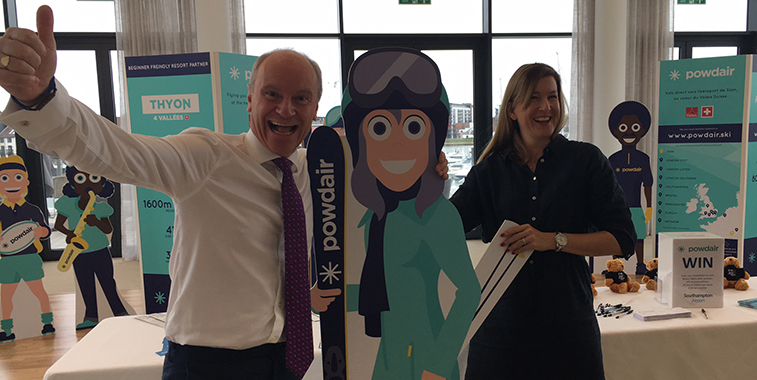 On 20 October powdair, a new virtual airline that will operate from Sion Airport in Switzerland using two CRJ 200s, held a launch event in Southampton to promote the carrier’s new service from the UK airport which will begin in December. Seen at the event are Dave Lees, MD Southampton Airport and Zoë Ombler, Head of Commercial for powdair. Ombler commented on the event by saying: “We were overwhelmed with the support from visitors to our launch event  – Southampton is a hugely popular airport and we are delighted to be able offer four flights per week to Sion from December. We’re also hoping that demand will be high enough for us to continue the route all year round – perfect for mountain and road cyclists – or anyone wishing to visit the Valais or Portes du Soleil this summer.”